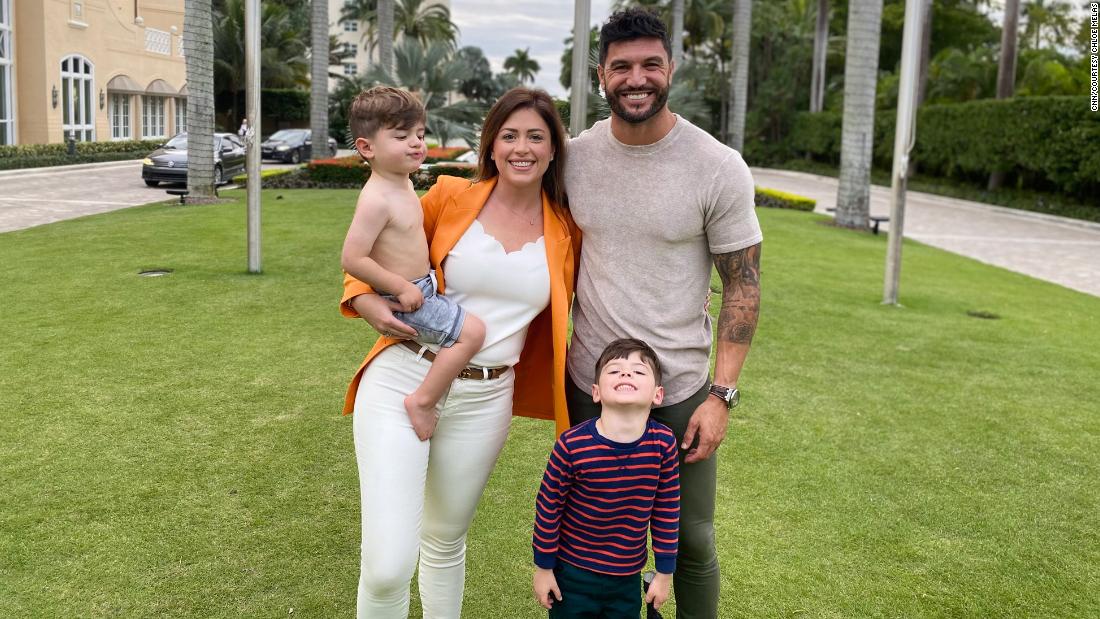 I was ready to collapse in my bed. Another 10 minutes of reading a bedtime story to my 2-year-old, and it would be lights out.

He had other plans.

I told him I was going downstairs to get his favorite stuffed animal. As I quickly looked back, he made a strange face that seemed to be in slow motion. The next thing I knew was that he was throwing up projectiles everywhere.

Welp, my night is over.

My husband and I hovered over him for the next 10 hours as we continually changed our sheets and pajamas and gave him an electrolyte drink from a syringe to keep him from becoming dehydrated.

Two days later my 4 year old and I both caught his stomach bug and we were down for the count.

As strange as it may seem, and as tired as I am as I write this (because as you may already know, sleep is hard to come by in our home), what I had been praying for was this scenario. Not cleaning up the vomit but rather the beautiful chaos I live in now. And I can’t imagine life without it.
I had shed enough tears to fill a well when I found out my husband was suffering from male infertility and I had a low supply of ovarian eggs. The sullen-faced fertility clinic waiting rooms occupied my mornings for nearly two years.

Pumped up with hormones, with failed intrauterine insemination attempts and a marriage on the brink, we finally became parents through in vitro fertilization, more commonly known as IVF, in 2017. I was convinced until where we wouldn’t have our own biological children.

A difficult road shared by many

When my husband and I went public with our fertility issues with the announcement of our pregnancy on Christmas Day 2018, we received countless messages from friends and strangers around the world sharing their travels. Infertility felt like a dirty little secret to us and to others, and we realized it didn’t have to be. My husband and I decided at that time that we were going to continue to talk and be transparent about what we had been through, and it was liberating. Over the past four years, we’ve done countless podcasts, written numerous articles, and participated in panels.
To bring attention to male infertility, my husband started a fundraiser called Run for a Chance in 2021. He walked 50 miles through Westchester County in New York and raised over $80,000 for cover fertility treatments for individuals at the Ronald O. Perelman and Claudia Cohen Center for Reproductive Medicine at Weill Cornell Medicine, where we went through IVF to have our children.
Fundraising is key, as a round of IVF in the United States can cost up to $12,000, not including medication, according to the University of Iowa Stead Family Children’s Hospital.
In the United States, only 19 states require some level of insurance coverage for infertility, according to the national infertility association Resolve. This means that in the other 31 states, insurance companies in the fully insured market (where a company purchases a plan from a commercial insurance company) do not have to offer fertility benefits.

Find your resolve for a tough battle

I totally get it – the logistical hurdles can sometimes seem insurmountable. But in response to the one question I receive almost every week from people struggling to create their families, I always give the same answer: don’t give up.

I wasn’t happy with my first fertility clinic, so I found my way to Dr. David Reichman at Weill Cornell Medical College. I always tell people to stand up for themselves – and if something is wrong, then find something that works.

But it didn’t improve right away. Until we had our first round of successful IVF, two years into the process, I felt sick every time I was invited to a baby shower. I found even shopping was devastating as every pregnant woman made me sick with envy. Yet, even though I felt broken, I didn’t let it break me. I kept waking up every morning and making a conscious effort to develop a new plan whenever things didn’t go our way.

I wish I had known of places at the time that could have given me some sense of community during this difficult time in my life. Now I’m involved with organizations like Resolve: The National Infertility Association, which provide state-by-state counseling and support groups.

I know that not all journeys will result in a baby, and they might not result in a baby that you yourself give to the world. But I hope you can come to an answer that works for you, whether it’s adoption, surrogacy, or egg or sperm donation. You don’t know what will happen in the end, but you won’t know if you don’t try. I know it’s painfully hard, and sometimes you don’t even want to get out of bed. But please stand up, stay strong and try to find the right options for you.

I think about those two years of struggling to get pregnant, and I remember sometimes, when I’m cleaning up after my sweet, loud, sometimes projectile-vomiting sons, how thankful I am to be their mother.