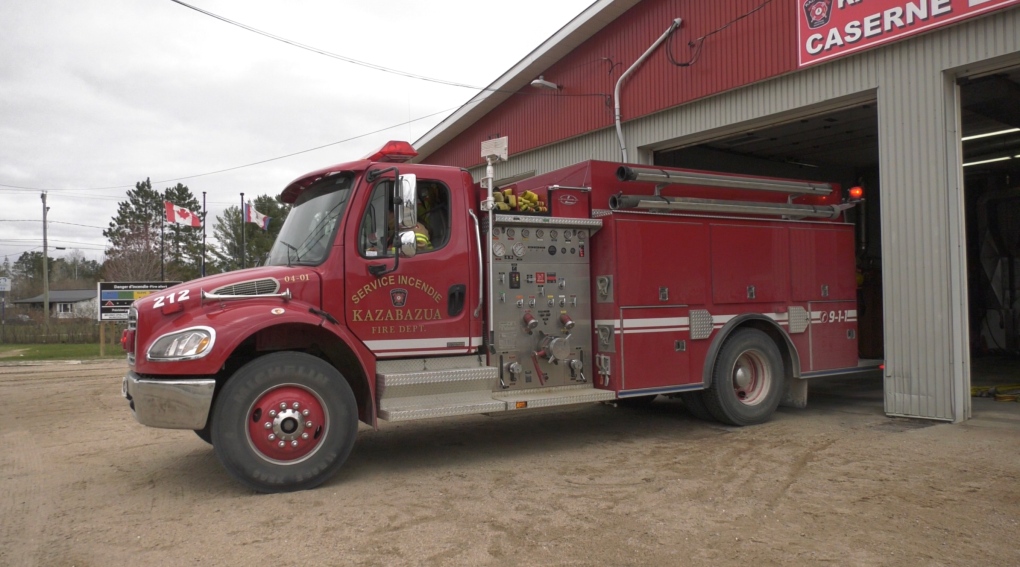 When the lights are on and the siren sounds, every second counts for firefighters like Melanie Irwin.

“We’re trying to save lives, we’re trying to get there as quickly as possible,” said Irwin, a 20-year veteran of the team from Kazabazua, Que. said the firefighters.

What Irwin and his team don’t need are slowdowns, especially drivers who refuse to pull away from emergency vehicles.

“Someone’s house could be burning or someone could be trapped inside a car; for them, those seconds really matter,” she said.

Video captured Saturday en route to a wildfire between Gracefield and Kazabazua shows a fire truck stuck behind a line of vehicles, many of them adamant, even as firefighters repeatedly honk their horns, sound sirens and flash their headlights.

“I don’t know how to be more visible. We have flashing lights, the truck is huge,” Irwin lamented.

The incident is hardly isolated. Irwin says she answers about 50 calls a year, and most are blocked by drivers on the 105 freeway.

” It is very frustrating. It happens on pretty much every call,” she said.

The size of the fire truck and the hilly terrain add to the challenge. Carrying up to 15 tons of water means that every time the truck slows down, the response time increases.

“Not only does it take us seconds for someone to stop, it also takes a while to get back to that speed,” Irwin said.

According to Irwin, the problem is becoming more and more prevalent. In Ottawa, paramedics say they are used to dealing with difficult drivers.

“Our paramedics respond to more than 144,000 calls a year, so there are obviously times when motorists don’t make the best choice to help us,” said Marc-Antoine Deschamps, public information officer for the Service Ottawa paramedic.

“People driving in oncoming traffic, tailgating ambulances or not moving when we are stopped on the curb; these are the most disastrous behaviors we see,” he added.

Deschamps says drivers should always steer clear of oncoming emergency vehicles by moving to the right, only when it’s safe to do so.

He adds that drivers should also slow down and move away from emergency vehicles that may be stopped or running on the side of the road.

“Time is running out when we react, we want to make sure we get there safely,” Deschamps said.

In Ontario, drivers who violate the Move Over Act by not yielding to emergency vehicles or providing insufficient space can be fined up to $2,000; in Quebec, the fine is $200 to $300.

“Stop and let us do our job, let us get there. We’re here to save lives, we’re not just driving around on Sundays,” Irwin said.