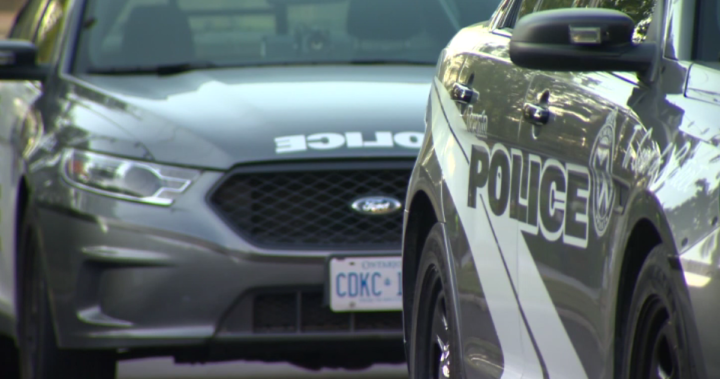 A motorcyclist and a pedestrian are both hospitalized with life-threatening injuries following a collision in Scarborough, police say.

In a tweet, Toronto police said a biker and pedestrian collided in the Kennedy and Merrian Roads area around 4:14 a.m. Sunday.

Both were taken to hospital with “significant injuries,” the tweet read. Toronto police told Global News that both men suffered life-threatening injuries.

The age and gender of the pedestrian and motorcyclist were not immediately revealed.

Toronto police have asked anyone with information to come forward.

COLLISION:
Kennedy Road + Merrian Road
*4h14*
– A motorcyclist collided with a pedestrian
– Both were taken to hospital with significant injuries
– Pedestrian injuries are life-threatening
– Any contact with witnesses @TrafficServices 416-808-1900#GO1514494
^ lbs.