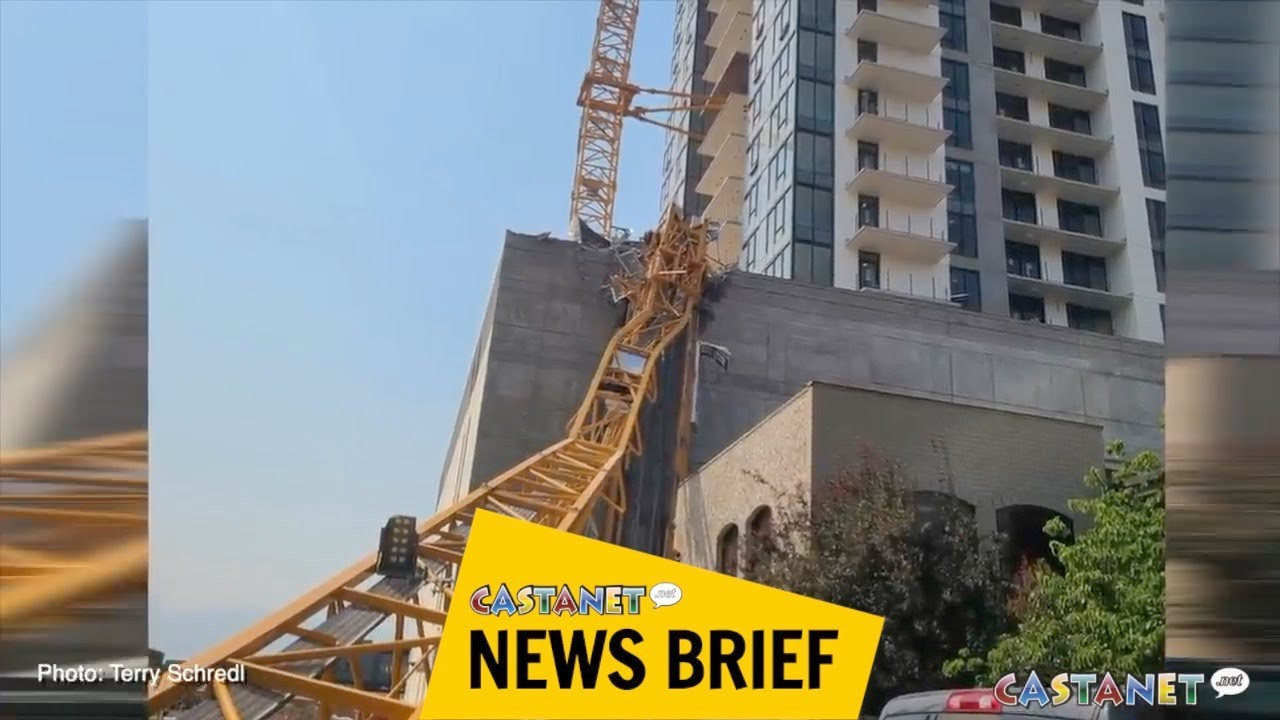 “Eventually the RCMP came to me and they said they determined it was no longer a rescue. It is now a recovery.”

Danielle Pritchett broke through tears as she shared the horrific day she lost her son Cailen Vilness in the fatal crane collapse on July 12 last year.

Vilness was one of four young construction workers killed when a crane collapsed while being dismantled. The crane boom struck another building, next to the tower, killing another man who worked in the building.

In addition to Vilness, Jared Zook and brothers Patrick and Eric Stemmer died while working on site while a fifth victim, Brad Zawislak, was crushed and killed when the crane struck the nearby building.

Dozens of people gathered at Ben Lee Park on Thursday afternoon to commemorate the National Day of Mourning and hear Pritchett share what was in his heart.

“I died the day I lost my son. I died, part of me died that day. And what I want to share with you, which is super important for everyone, is is that my son was such a safety advocate for a safe workplace and a safe working environment.

Pritchett says that while his son worked in construction, he was forced to do dangerous work.

“He was telling me about the infractions he would see, the pressure he would receive. Even from his own Forman. I told him, Cailen, you can refuse dangerous work and no one will fire you.”

Pritchett says Vilness began to advocate for workplace safety and was ostracized by his community.

“He was ostracized by his bosses, by the foreman, by the company, he was even demoted at work for reporting unsafe work,” she said.

Although Pritchett did not confirm if the demotion was at the job site where her son lost his life, she did confirm it was when he was working in Kelowna.

“I’m sharing this today so I don’t point the finger at anyone because I’ve worked on construction sites. I know what the mindset of safety is and that the culture needs to change. The culture of security in this country has to change.”

WorkSafeBC’s investigation into the crane collapse is still ongoing.

“We have Harmandeep who was murdered on the job. It shouldn’t have happened. She was a young girl who worked at UBCO only because she wanted to go to college there and she needed the She died on the way to work. You have the right to go to work in the morning and come home to dinner to see her family,” Singh said.

More than a dozen ceremonies took place across the province on Thursday.