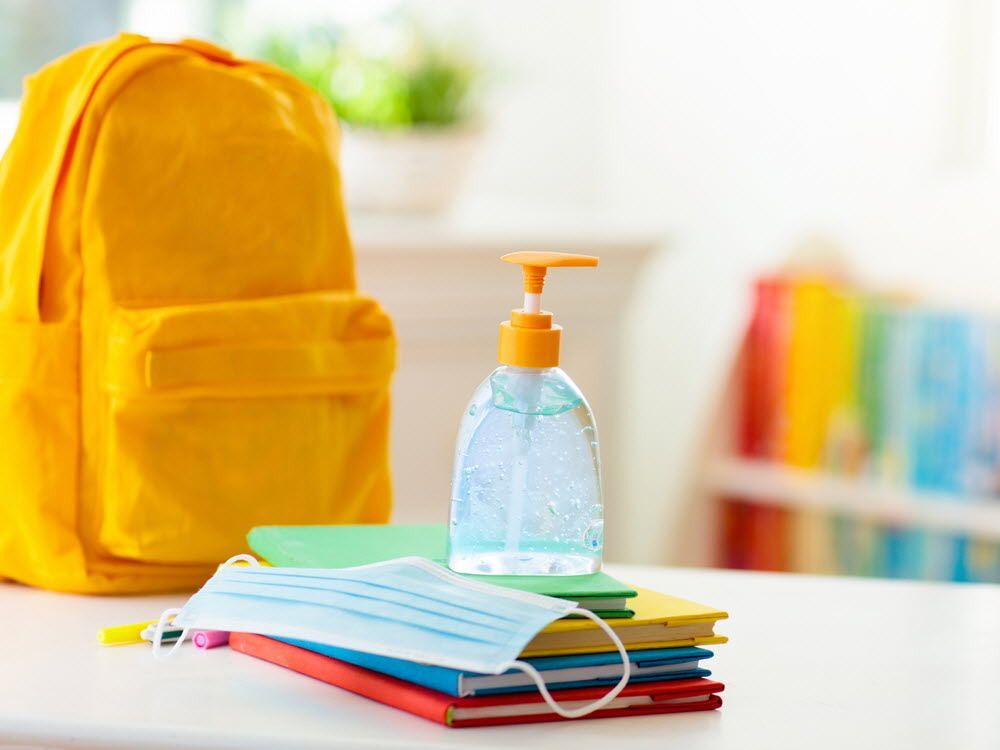 With the Ottawa-Carleton District School Board considering whether to reimpose masking at schools, trustees at two other Ontario boards say they plan to bring the same debate to their boards.

The Hamilton-Wentworth board has already defied the province once by temporarily re-imposing masking after the March break.

The province dropped the requirement to wear a mask at most public indoor places, including schools, on March 21.

Ontario Chief Medical Officer of Health Dr. Kieran Moore said Monday that he strongly recommended wearing masks indoors, but did not support reimposing mask mandates at schools. On Tuesday, Health Minister Christine Elliott suggested masking at schools could be back on the table.

In the meantime, the issue is bumped down to local public health officers or school boards, with questions over whether they are able or willing to impose mask mandates.

Ottawa Medical Officer of Health Dr. Vera Etches said in an interview she would support any school board bringing in its own mask rules. Ottawa Public Health has said it would be difficult for Etches to use her powers under Ontario’s Health Protection and Promotion Act to impose masking at schools if the province didn’t support the idea.

The Ottawa-Carleton District School Board planned a special meeting Tuesday night to debate a motion from trustee Mark Fisher to bring back masks.

The board defeated a motion on March 14 to extend masking for a few weeks after March break.

Fisher said the COVID-19 situation had worsened in Ottawa since then and noted that Public Health Ontario just released a report saying a return of masking in schools would reduce spread of the virus.

When Moore announced on March 9 the end of mask mandates in most public spaces on March 21, he said the Omicron wave was behind us and the province’s cautious reopening plan could continue.

The education ministry announced plans for a return to a more normal routine in schools on March 21, including an end to masking, cohorting and physical distancing.

The province is now in a sixth pandemic wave dominated by the more contagious Omicron sub-variant BA.2. Key public-health indicators are rising, and the wave could last another six to eight weeks, Moore said Monday.

In Ottawa, the viral levels in wastewater, a key indicator of the spread of COVID-19, are at record levels.

On Monday, Moore repeated his message that Ontario residents must learn to live with the virus.

He said he was confident the health system could cope with an increase in hospitalizations and Ontario had the tools to manage the virus, including vaccination and the arrival of anti-viral drugs.

There is also more population immunity due to the large numbers of people in Ontario who have been infected with COVID-19 since December: an estimated 5.3 million to 6 million, Moore said.

When asked about rising numbers of children in hospital, Moore said that must be put in perspective.

“To date, there’s been no significant rise in the risk of children in the intensive care unit. So, of all of Ontario, 2.75 million children, there’s two in the intensive care unit right now. On average, we are having 30 to 60 children admitted to hospital. Some of those are incidental admission to hospital, as well, over a one-week period. So we’ve not seen any significant threat to the health of children.”

Critics point out other consequences of more spread of COVID-19 among children, including transmitting the virus to more vulnerable people, developing long COVID or other complications and missing school.

Treating COVID-19 in children as similar to a respiratory virus is a mistake, University of Toronto professor and epidemiologist Colin Furness says. “It’s a vascular and neurotropic disease that causes microclotting and brain tissue loss, plus debilitating long-term effects for some,” he posted. “Really avoid this; if you did get it, REALLY avoid getting it again.”

Making sense of Ontario CMOH Moore’s complacency about rapid spread of COVID in schools and elsewhere.

There are two ways to understand COVID:

1. “It’s only a respiratory virus, and if we can keep people out of the ICU, it’s a win. Wear a mask if you want.”