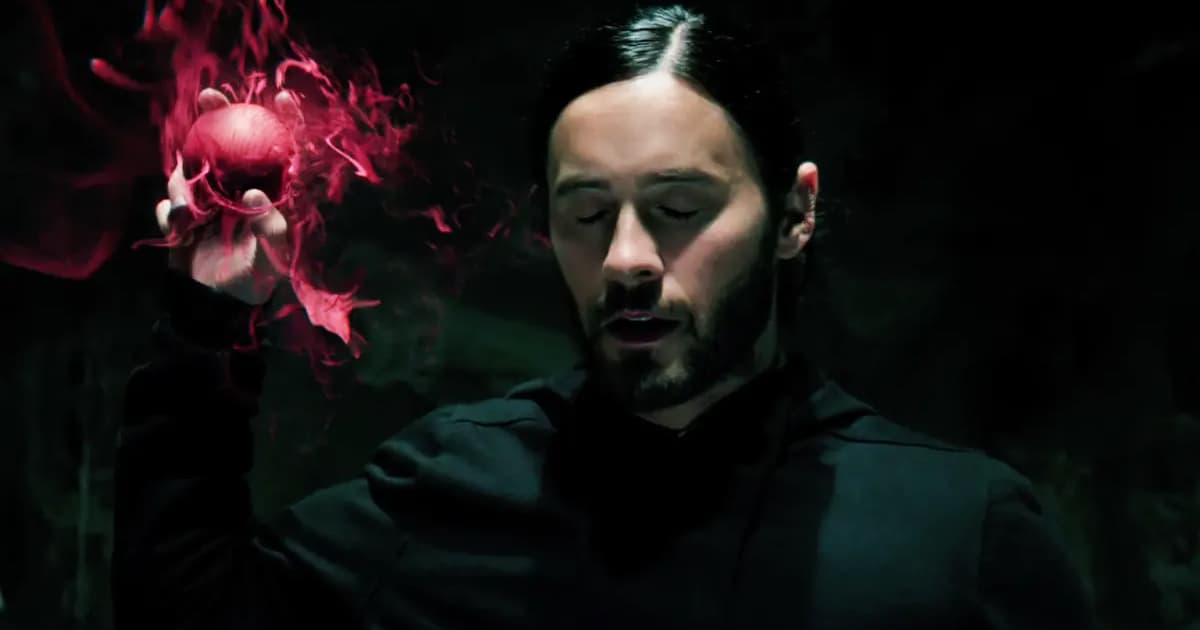 Morbius has set a new record that Sony Pictures definitely doesn’t want to claim during its second weekend. After debuting to a lower than expected number one finish of $39.1 million in its first week, Sony’s Spider-Man Universe release second-weekend drop is now the biggest-ever for a comic book movie release.

Now that the weekend actuals have been officially counted, Morbius recorded a second-weekend drop of 74%, bringing its weekend two gross to a mere $10.2 million, per Box Office Mojo. The film now brings its domestic total to $57 million and despite having a relatively slim production budget of $75 million, it’s highly doubtful that the film will even match its budget stateside. The bleeding is being helped a bit by overseas grosses, which brings its global haul to $126.3 million.

The drop is bigger than some other comic book movie misfires like X-Men: Dark Phoenix (71.5%), Batman v Superman: Dawn of Justice (69.1%), X-Men Origins: Wolverine (69%), Fantastic Four 2015 (68.2%), and Justice League (56.2%). The writing was on the wall that Morbius was in for a steep decline in its second weekend as soon as its first Saturday of release. After debuting at $17.2 million on Friday, the film saw business drop 25% on Saturday which is an indicator that word of mouth was already not strong for the Jared Leto-led movie.

Sony Pictures was on a roll during the pandemic until the release of Morbius. The studio saw Venom: Let There Be Carnage, Ghostbusters: Afterlife, Spider-Man: No Way Home and Uncharted all put up solid numbers. Is the studio now concerned about future Spider-Man Universe releases like Kraven The Hunter gold Madame Web after the performance of Morbius? I would only hope so because they need to know they can’t just crank out these Spider-Man side-character spinoffs like an assembly line without trying to verify that the quality is up to par. Morbius just wasn’t and it’s clear that they need to keep a closer eye on their future Spider-Man-related projects.

Are YOU surprised by the second-weekend drop for Morbius?