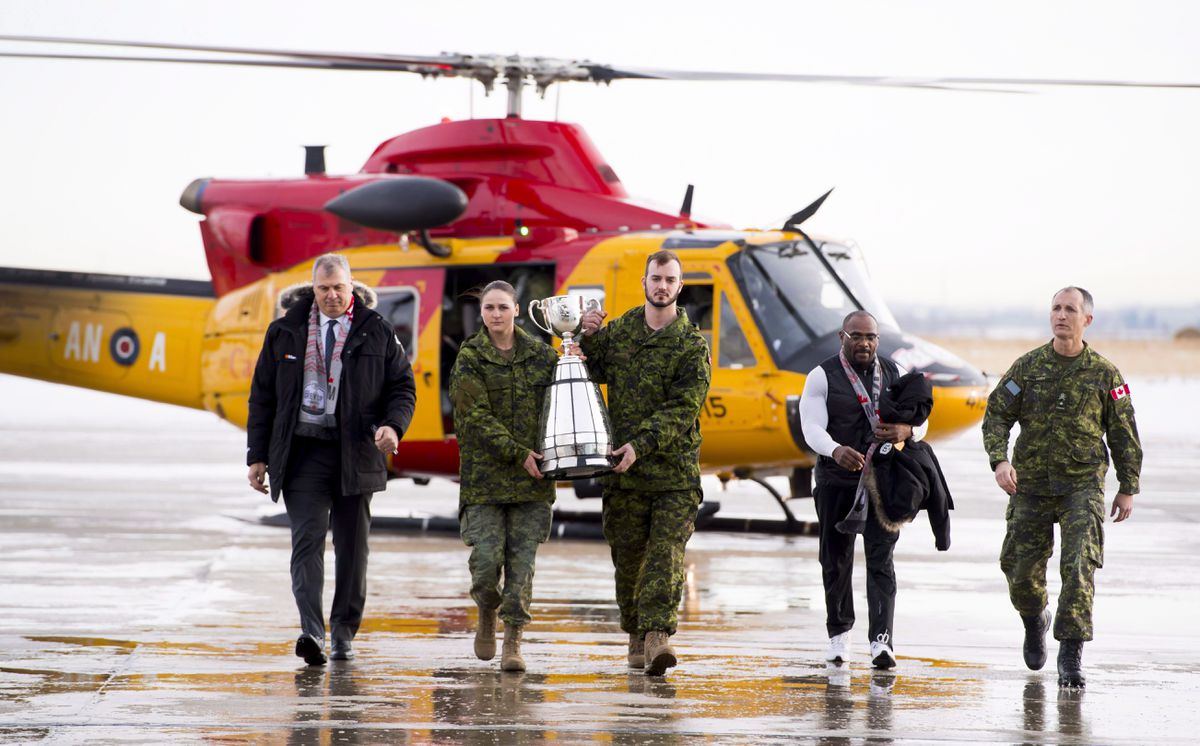 A senior Canadian Armed Forces leader has retired and traveled to Ukraine to help defend the country against Russian invasion while still being investigated for alleged sexual misconduct.

The Department of National Defense confirmed Thursday that Lt. Gen. Trevor Cadieu retired April 5 after more than 30 years in uniform, even as military police continue to investigate his conduct.

“There has been no CAF support, material or otherwise, given to Cadieu since his departure with respect to his personal endeavours.”

Multiple defense sources say Mr Cadieu has since traveled to Ukraine to volunteer to help fight a Russian invasion that is about to enter its third month. The sources were not authorized to comment publicly on his whereabouts.

Mr Cadieu, who has previously denied any wrongdoing, could not be reached for comment on Thursday while the Ministry of Defense declined to confirm his whereabouts.

“As he is now a private citizen, it would be inappropriate for us to comment further on his personal plans,” Mr. Le Bouthillier said.

The Canadian Forces National Investigation Service said in a statement that its investigation was continuing, adding: ‘A member’s release has no bearing on investigative work, nor does their personal travel.’

Defense officials have previously said members of the armed forces can be charged for crimes allegedly committed while in uniform, even after retirement.

Cadieu’s sudden retirement and departure comes more than six months after the popular officer was set to take command of the Canadian Army, with some military insiders predicting his eventual appointment as chief of the defense staff.

Chief of Defense General Wayne Eyre instead quietly suspended Mr Cadieu’s installation as army commander in September after being briefed on what the CFNIS described as ‘historic allegations’ of misconduct sexual.

Following the announcement of Mr. Cadieu’s departure, General Eyre announced Thursday that he had called on Lieutenant-General Jocelyn (Joe) Paul to become the next commander of the Canadian Army.

The army had been without a permanent commander since February 2021, when General Eyre was tapped to serve as acting chief of staff while Admiral Art McDonald, then chief of defense, was the subject of a investigation for alleged sexual behavior.

Although Admiral McDonald has not been charged, Prime Minister Justin Trudeau has chosen to permanently replace him with General Eyre. Major-General Michel-Henri St-Louis has been acting army commander since April 2021.

General Eyre also announced the imminent retirement of the Commander of the Royal Canadian Navy, Vice-Admiral Craig Baines, who was criticized last July for playing golf with retired defense chief Jonathan Vance while M Vance was under police investigation.

Vice-Adm. Baines, who apologized and was kept on as naval commander, vowing to make the most of his second chance, will be replaced by Rear Admiral Angus Topshee.

Mr. Cadieu is one of several senior commanders to have been investigated by military police for alleged sexual misconduct over the past year.

These allegations have forced the military to realize its inability to address inappropriate behavior. They have also sparked criticism of the Liberal government’s handling of the issue and calls for more external oversight of the military.

Mr Cadieu strenuously denied any wrongdoing in a statement last fall, saying: ‘The allegations are false, but they need to be fully investigated to expose the truth.’ He said he provided information to investigators to prove his innocence.

The retired officer also said at the time that he had asked General Eyre to choose someone else to serve as Commander of the Canadian Army, adding: “I know that these misrepresentations will, as expected, create doubts about my ability to lead in this environment. .”

Mr. Cadieu’s decision to travel to Ukraine follows an order from General Eyre prohibiting serving members of the Canadian Armed Forces from joining the thousands of foreigners who have flocked to the country in recent weeks to help fight the Russian invasion.

Russia has reportedly threatened criminal prosecution for any foreigner caught fighting in Ukraine, while a senior Canadian officer last month raised the specter of an attempt by Moscow to use captured foreign fighters for propaganda purposes.