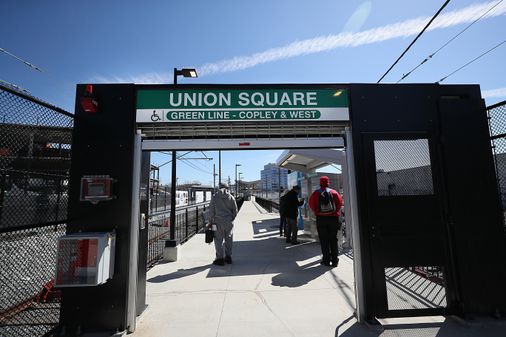 The track line that brought Green Line service to Somerville opened in late March, 32 years after the state promised to expand service. Customers will have access to free shuttles during the closure. Service will resume on September 19, the MBTA said.

The opening of the Medford branch of the Green Line extension has also been hampered by repeated delays. It was to start carrying passengers in December, then in May, then this summer. Test trains began operating on the new branch on May 14, the MBTA said. The MBTA has not specified when in late November it expects the service to be available.

Since a collision on the Green Line in July 2021, the T has seen a litany of problems: an escalator malfunctioned at Back Bay station causing a bloody pile-up and injuring nine people, a commuter train killed a woman in her car after a level crossing signal in Wilmington malfunctioned, two other Green Line trains crashed and derailed, injuring four people, and a man was dragged to death by a Red Line train at the station off Broadway after his arm got caught in a subway door.

The death has drawn scrutiny from federal transit safety regulators who began a near-unprecedented inspection of the subway system in mid-April. The Federal Transit Administration is expected to release its final report on the T this month.

In June, the FTA said it found that MBTA did not have enough dispatchers to operate its subway safely, so the agency reduced service on the Orange, Blue and Red lines by more by 20%. Federal inspectors also said the T needed to repair and upgrade large swathes of its subway tracks.

Material from previous Globe stories has been used in this report.