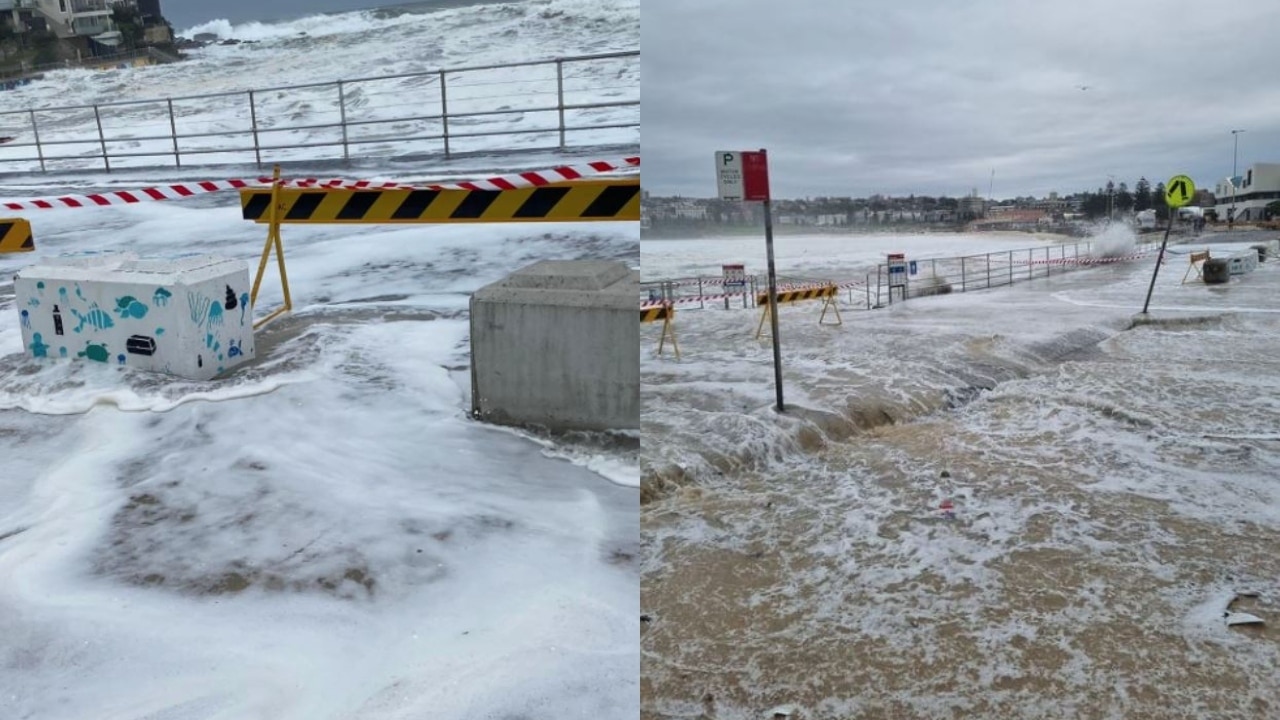 The Bondi Beach promenade, which is popular with fitness lovers keen to take a stroll and visitors in awe of the famous tourist site, was barely recognizable on Saturday as wild weather continues to lash the New South Wales coast.

The promenade of Australia’s most famous beach has been lashed by massive waves as wild weather bears down on the New South Wales coastline.

The popular swimming pool at Bondi Icebergs was nowhere to be seen, along with other ocean pools on Sydney’s coast, as strong waves continued to roll in.

Waverley Council said the “big seas” damaged a fence at North Bondi as it shared pictures of the destruction, which led to the partial closure of the popular Bondi to Bronte walkway.

The chaotic scenes come as the Bureau of Meteorology issued a hazardous surf warning for the NSW coast on both Saturday and Sunday following this week’s drenching.

“Surf and swell conditions are expected to be hazardous for coastal activities such as rock fishing, boating, and swimming in the following areas,” the bureau said.

“A low-pressure system over the Tasman Sea is bringing wet, windy and very heavy surf conditions to southeast #NSWweather today and into Sunday,” the Bureau wrote to Twitter.

NSW Police also launched a search off the eastern suburbs on Saturday morning after a sailing boat was seen capsized at Bronte Beach at about 8.45am and a person was feared to be in he water.

A man confirmed to police at about 11am that he was the owner of a half-submerged boat, which he had last seen moored at Gordons Bay.

Police have now suspended the search pending any further information.