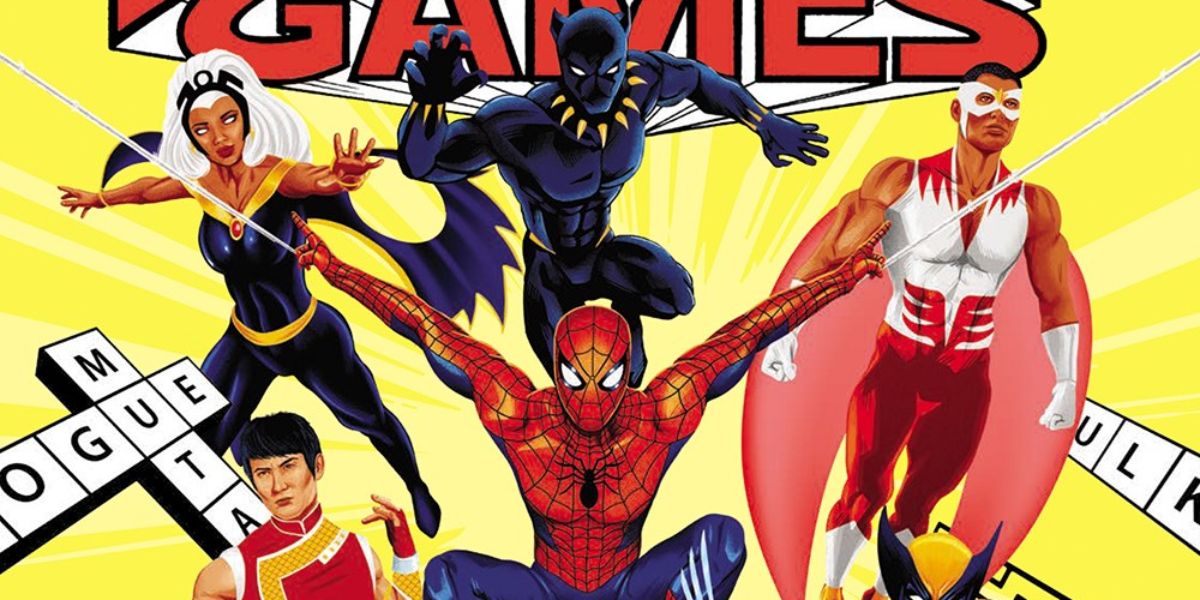 the Marvel Big Book of Fun and Games is available for purchase starting today, May 3. With a cover price of US$14.99, the paperback collection features over 100 activities, an introduction by former Marvel Comics editor Roy Thomas, and cover art by Doaly.

The cover features a number of iconic Marvel superheroes, namely Spider-Man, Storm, Black Panther, the Falcon, Shang-Chi, Spider-Woman and Wolverine. Plus, a preview of the book itself offers a preview of full-color activities featuring Captain America, Doctor Strange, Iron Man, Scarlet Witch, the Vision, Ant-Man, the Wasp and more.

“The ULTIMATE fun, full-color Marvel activity book for the whole family, featuring legendary superheroes and villains!” an official synopsis for the activity book reads. “Can you solve puzzles with the genius of Iron Man? Spot the Invisible Woman before she disappears? Crack Nick Fury’s secret codes?”

He continues, “Hulk rises to every challenge and helps your favorite Marvel characters conquer the most thrilling and thrilling puzzles and games in the multiverse. Journey through the mystical maze of Doctor Strange, decipher Spider-Man’s word webs, weather the search for Storm. -and-find, navigate word searches faster than Falcon, and learn how to conjure the Scarlet Witch – all you need is a pencil. With crosswords, mazes, word searches, trivia, drawing tutorials, links and more from Marvel fun and games magazine, this a-maze collection is a throwback to classic comics and an action-packed adventure perfect for Marvel fans young and old.”

Marvel has released the first issue of Entertainment and games magazine in June 1979. The activity comic series lasted exactly one calendar year, with its 13th and final issue being released in June 1980. The original fun and games the series featured cover art by the late Owen McCarron, who also worked as an inker on titles like Super Spidey Stories and ghost rider.

the Marvel Big Book of Fun and Games is on sale now at Abrams Books.

Noah E. Dominguez is an editor at Comic Book Resources who joined the site as a news editor in the summer of 2018. He even writes articles on occasion. He has also written for sites like WhatCulture and Gaming Access Weekly (formerly Gamer Assault Weekly), and holds a degree in mass communication. What will he do next? Stay tuned. You can follow him on Twitter at @NoahDominguez_