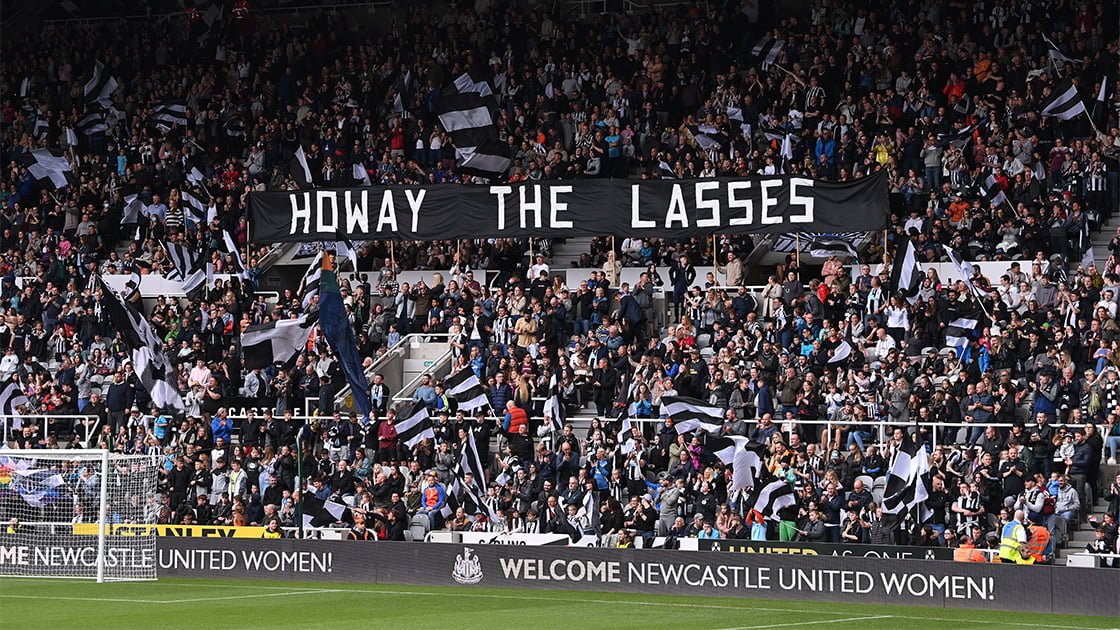 A Manchester United record was broken on Sunday, with some pretty stunning scenes at St James Park.

Newcastle United women’s team were playing their very first match at St James Park and everyone had a great day.

Manchester United’s women’s team held the record for the biggest league crowd of the season but that was surpassed at Tyneside as fans responded to this first chance to see the NUFC women’s team play at St James Park.

Earlier this season, 20,241 players showed up at Old Trafford for Manchester United against Everton in the Women’s Super League.

However, massive queues at St James Park delayed kick-off by 15 minutes yesterday, with a confirmed attendance of 22,134 fans, which saw them beat Alnwick Town 4-0 in the National League Division One North.

It was a day so many people will never forget, especially Katie Barker, Brooke Cochrane, Georgia Gibson and Beth Guy who scored the goals.

As you can see Liverpool Feds had a crowd of 175 on Sunday, those fans there to see them edge out the Division 1 North title ahead of Newcastle United.

So aside from the Lady Mags missing out on first place, yesterday was a massive triumph, surely not the last time we’ll see the Newcastle United Women team thanks to St James Park…

Fourth Division Newcastle United drew the biggest crowd for a Women’s League game in England this season as the side made their debut at St James’ Park.

Some 22,134 supporters were on hand to watch them beat Alnwick Town 4-0 in the National League’s One North Division.

Crowds top 20,241 at Old Trafford for Manchester United against Everton in the Women’s Super League.

The start of the match was delayed for 15 minutes to allow fans to enter.

Men’s team manager Eddie Howe and co-owners Amanda Staveley and Mehrdad Ghodoussi were all among the crowd.

“It’s such a fantastic experience,” said head coach Becky Langley. “Crowds today, I’m so proud. Everyone came together as a town and the Newcastle fans made the whole club proud.

“Leaving in such large numbers for a women’s game is just something we could only have dreamed of.”

Newcastle co-owner Amanda Staveley has previously stated her ambitions for the women’s team to turn professional, saying “we want a financial plan that will take them over the next few years”.

Langley revealed Staveley spoke to her after the game to tell her how the club’s support could help the women’s team.

The Newcastle boss added: “I think the most important thing for me full time was how reassuring Amanda and Mehrdad were.

“They came down massively inspired and excited by the whole experience – especially Amanda, she loves women’s sport and really wants to show it at its best.

“They were both telling me: ‘Keep your head up, I know you’re going to be disappointed to be second but to do so well with such limited resources without their support, with their support we’re going to be in such a situation’ . a fantastic position.’

“That confidence in me as a coach is going to be so important.”