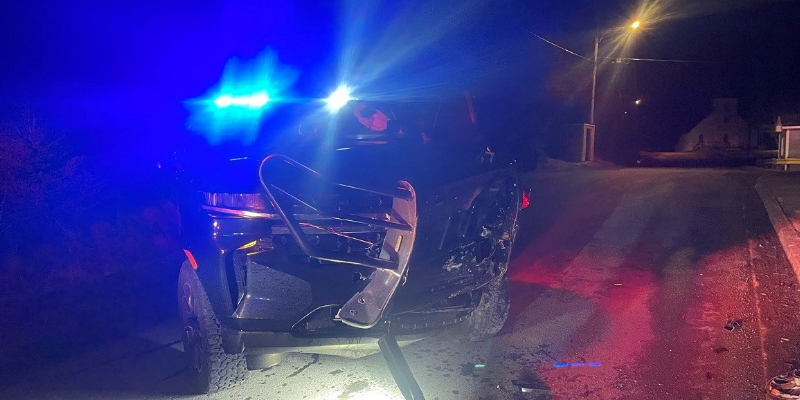 A 22-year-old man is facing serious charges after he allegedly rammed into a police vehicle in Whitbourne after fleeing from police.

Bay Roberts RCMP received a report of an erratic driver narrowly avoiding crashing into other vehicles around 10:20 pm Monday.

The vehicle was located in Bay Roberts and when police pulled the vehicle over, the driver, who said officers showed signs of impairment, became angry and drove away.

Police pulled back and decided not to pursue after the vehicle turned into a residential area.

Some time later police received reports of a vehicle matching the description of the suspect vehicle, driving west in the eastbound lanes of the Trans Canada Highway. Early Tuesday morning police learned that the suspect and his vehicle were in Whitbourne. Officers located the vehicle and attempted to stop it but it sped up and rammed a police vehicle that was stopped with its emergency lights on.

The officer was not injured, but the driver was taken to hospital for assessment. He’s scheduled to appear in court on a number of charges including flight from police, dangerous operation of a vehicle and two counts of failing to comply with a release order.

The investigation continues and other charges are possible.