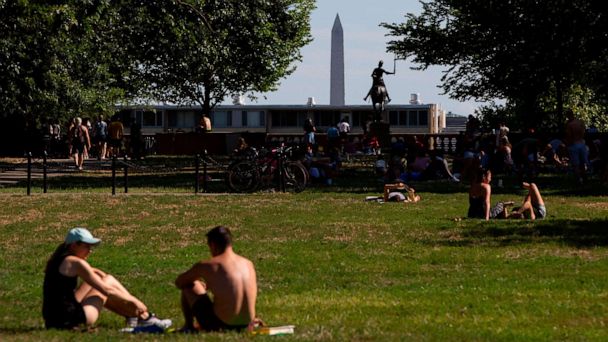 A Maryland man faces federal hate crime charges for allegedly impersonating a federal officer and targeting gay men in a series of attacks in a Washington, D.C. park, the Ministry of Justice.

A federal grand jury indicted Pruden last month on five counts of assault on federal land, one count of impersonating a federal officer and an enhanced sentence for hate crimes “alleging Pruden assaulted four of the victims because of their perceived sexual orientation,” the Justice Department said. said.

Meridian Hill Park is unofficially known in the DC community as a “cruising” spot for gay men, according to the indictment. Pruden allegedly frequented the park at night on several occasions and allegedly assaulted men “by approaching them with a flashlight, giving them police-like orders and spraying them with a chemical irritant,” the report said. ‘indictment.

Court records do not list any information about the suspect’s attorney.

Pruden was arrested last year in connection with a similar attack at a federal park in Alexandria, Virginia in March 2021.

Prosecutors allege Pruden misrepresented himself as a police officer and pepper-sprayed the victims on the island of Daingerfield, also known informally as a gay cruising spot.

Pruden was charged in a Virginia district court with assault with a dangerous weapon and acquitted in August 2021.