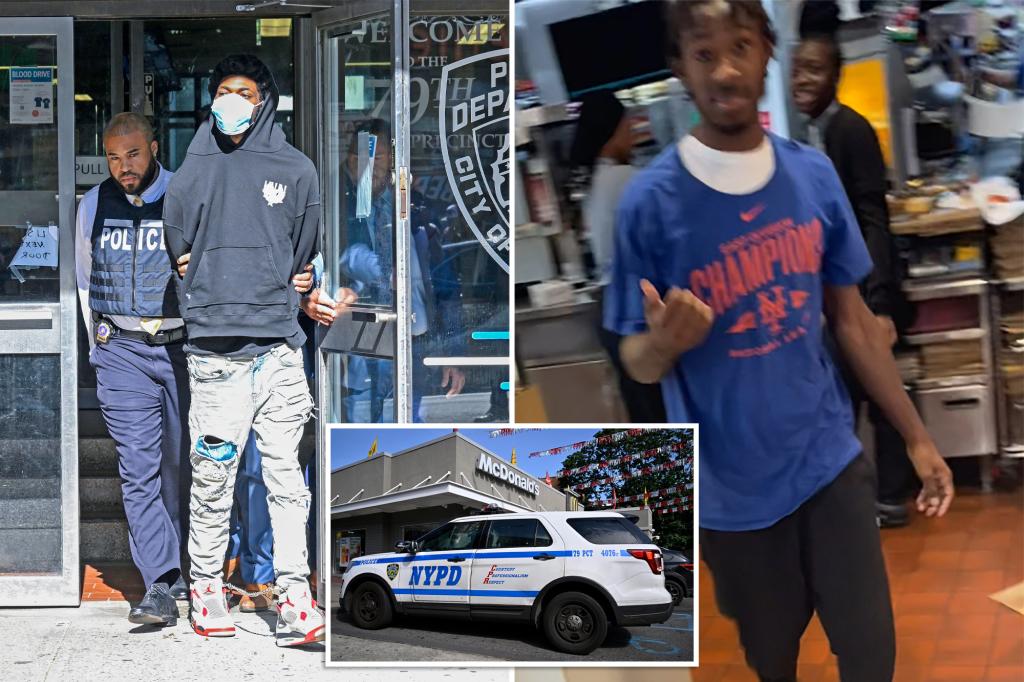 The 20-year-old man accused of shooting a McDonald’s employee for cold fries confessed to the murder on Wednesday in another 2020 killing, law enforcement sources said.

Morgan, 20, allegedly killed Kevin Holloman, who died of three gunshot wounds at 771 Herkimer St. in Bed-Stuy, not far from the McDonald’s at the center of Monday’s shooting.

Morgan stormed into McDonald’s after her mother, Lisa Fulmore, began questioning workers about cold fries. After employees laughed at her for asking to speak to a manager, Morgan entered the restaurant in her mother’s defense, she told the Post in an exclusive interview.

At one point worker Matthew Jeremiah Webb got involved in the tiff and walked out of the restaurant where he was then allegedly shot in the neck by Morgan.

Morgan was arrested shortly after the incident and charged in the Tuesday night shooting, police said. Camellia Dunlap, 18 – Morgan’s girlfriend – has been charged with two counts of criminal possession of a weapon after she allegedly admitted to cops that she gave the gun to her boyfriend, sources said law enforcement.

Webb, 23, was taken to hospital and is in critical condition Wednesday morning, police said.

“I’m really not ready for this,” the victim’s mother, who did not share her name, told The Post at Brookdale Hospital in Brooklyn, where Webb is clinging on to life.

“I just go back and forth with so many flashes in my mind. My mind is not stable.