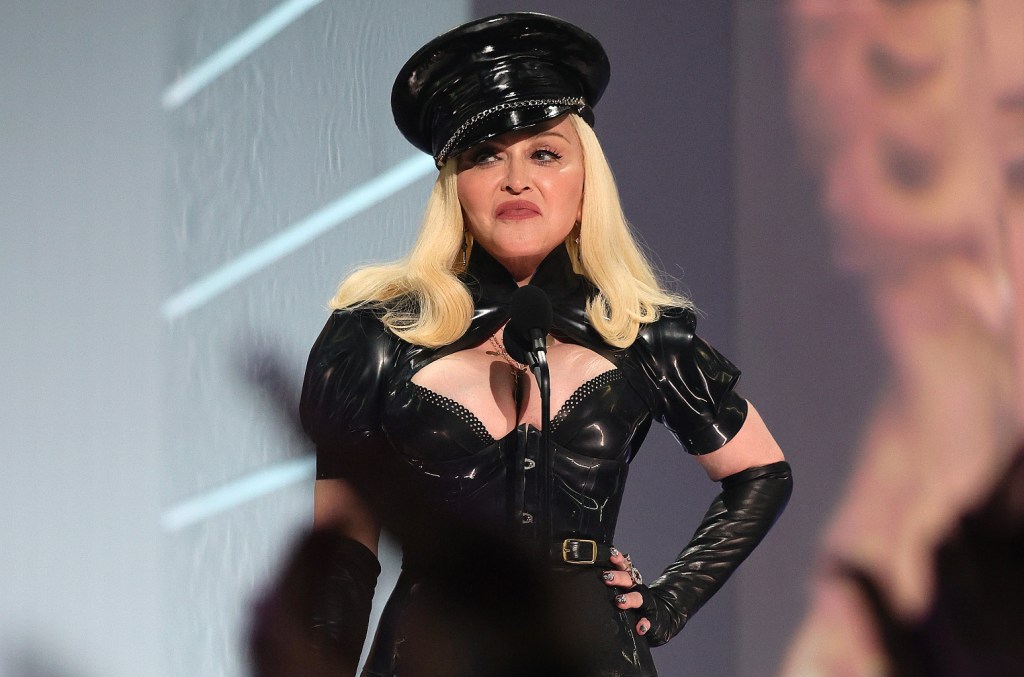 Longtime LGBTQ ally and honorary gay Madonna, whose Finally enough love The remix album was just released, celebrated New York Pride at Terminal 5 on Thursday night (June 23) during the World of Women’s NFT.NYC event. Not only did the pop icon – who recently ventured into the NFT space, covering the cover of Billboard magazine’s World of Women NFT – brought out a group of A-list drag queens for her NYC Pride celebration , but she enlisted up-and-coming iconoclasts such as Tokischa and Saucy Santana to help celebrate a month that separates the dilettantes from the real blues.

There were nuances from the 2003 VMAs at the New York venue when the Dominican rapper and the Queen of Pop shared the stage on a dembow remix of M’s top 10 Hot 100 “Hung Up.” First, Tokischa took to the stage rapping her collab with Rosalía “Linda” before Madonna and “Hung Up” came out. The strands of the songs began to meld and the two (who had teased a collaboration before) began to grow closer and closer until the seemingly inevitable kiss – and it was certainly more of a kiss than a kiss. a kiss – begin. Going a step further, Tokischa – honoring the gods of pop who paved the way – knelt before the queen and put her face in the holy of holies during the late night set. “It’s hard work, but someone has to do it,” Madonna joked after the heady moment.

However, Tokischa wasn’t the only newcomer to join Madge on stage in Manhattan. Saucy Santana assisted Madonna during a mix of her DGAF track “Material Girl” and her No. 1 hit “Material Girl,” demonstrating effortless comfort commanding a large venue audience.

Additionally, a slew of high-profile drag queens have joined Madonna at Terminal 5, including drag race champion Bob the Drag Queen – who released “4 Minutes” for about four seconds with Madonna’s son David Banda – as well as NYC mainstay Pixie Aventura and another drag race winner, Violet Chachki, who performed an amazing aerial chair number for “Justify My Love” before Madonna even took the stage.

Before leaving, Madonna was joined by all her special guests – rappers, drag queens, family – for a review of a song she hasn’t done live in a minute, the title track from her compilation. of 2009. Party. If NYC Pride, in a post-COVID world, didn’t feel like a full-fledged party earlier this week, it was certainly when Madonna left the stage (and Tokischa’s lips) at Terminal 5 on Thursday. evening.