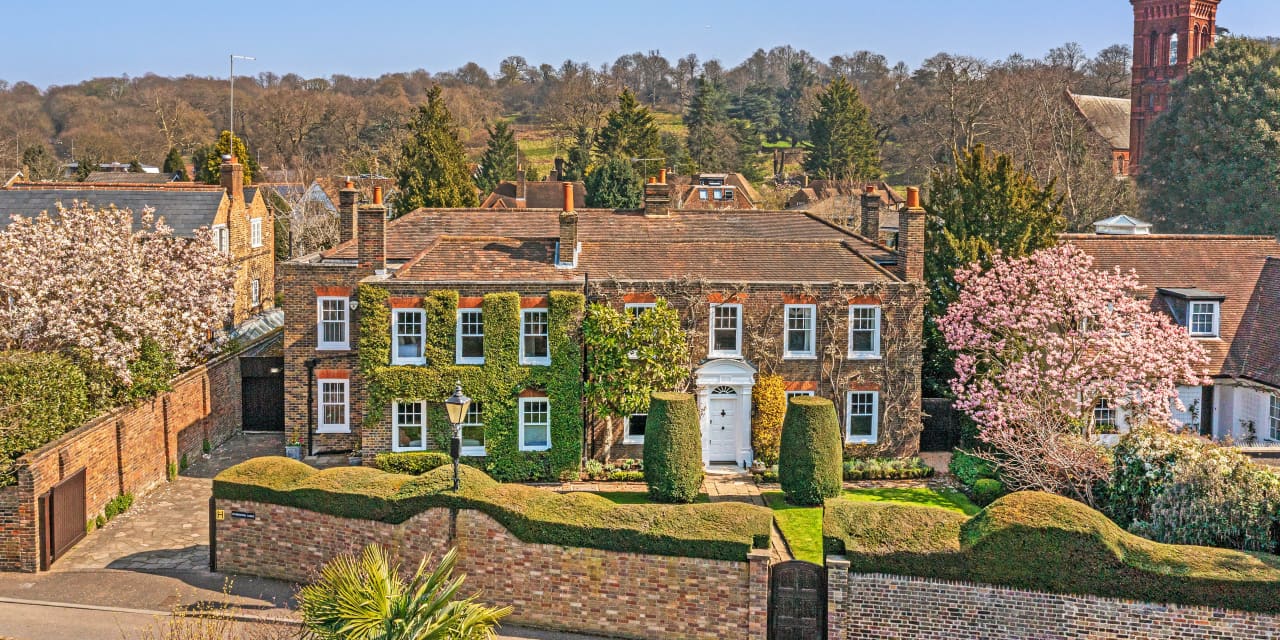 A six-bedroom house originally built as a hunting lodge for London’s Richmond Park has hit the market for the first time in almost 60 years, asking for £6.95million ($8.8million ).

Known as Harrington Lodge, the house was built around 1712, according to marketing materials, with later additions and extensions made in the 1930s by the then owner, who was an architect.

The sellers, who could not be identified, have owned the house for “nearly 60 years”, according to representatives from real estate agency Knight Frank. They have maintained, “updated and improved” the house over the past decades. (Knight Frank’s James Williams has the list and wasn’t immediately available for comment.)

The home’s interiors feature hardwood floors and fireplaces, as well as large windows providing natural light and views of Richmond Park, which was created by Charles I and is London’s largest royal park. The property hit the market in mid-April, according to listing records.

The six bedrooms are located on the first floor, including a master suite with dressing room, fitted wardrobes and en-suite bathroom. Beyond the main entrance hall and staircase, the house includes an office with a fireplace and high ceilings, according to the listing, as well as a formal dining room with large windows overlooking the extensive gardens of the House.

After: A stylish apartment in what was once a 19th century bank in London’s Little Venice

Harrington Lodge’s garden has been featured on several occasions in Open Gardens, a program which provides visitors with private gardens across the UK to raise funds for the British Red Cross. The garden currently includes mature trees, flowers, plants, shrubs and a large lawn that can be used for events, according to the listing.

The home sits on 0.35 acres in total and includes a single garage and four parking spaces. Situated in the village of Petersham, close to the River Thames, Harrington Lodge is close to Richmond and 20 minutes by train from Waterloo.