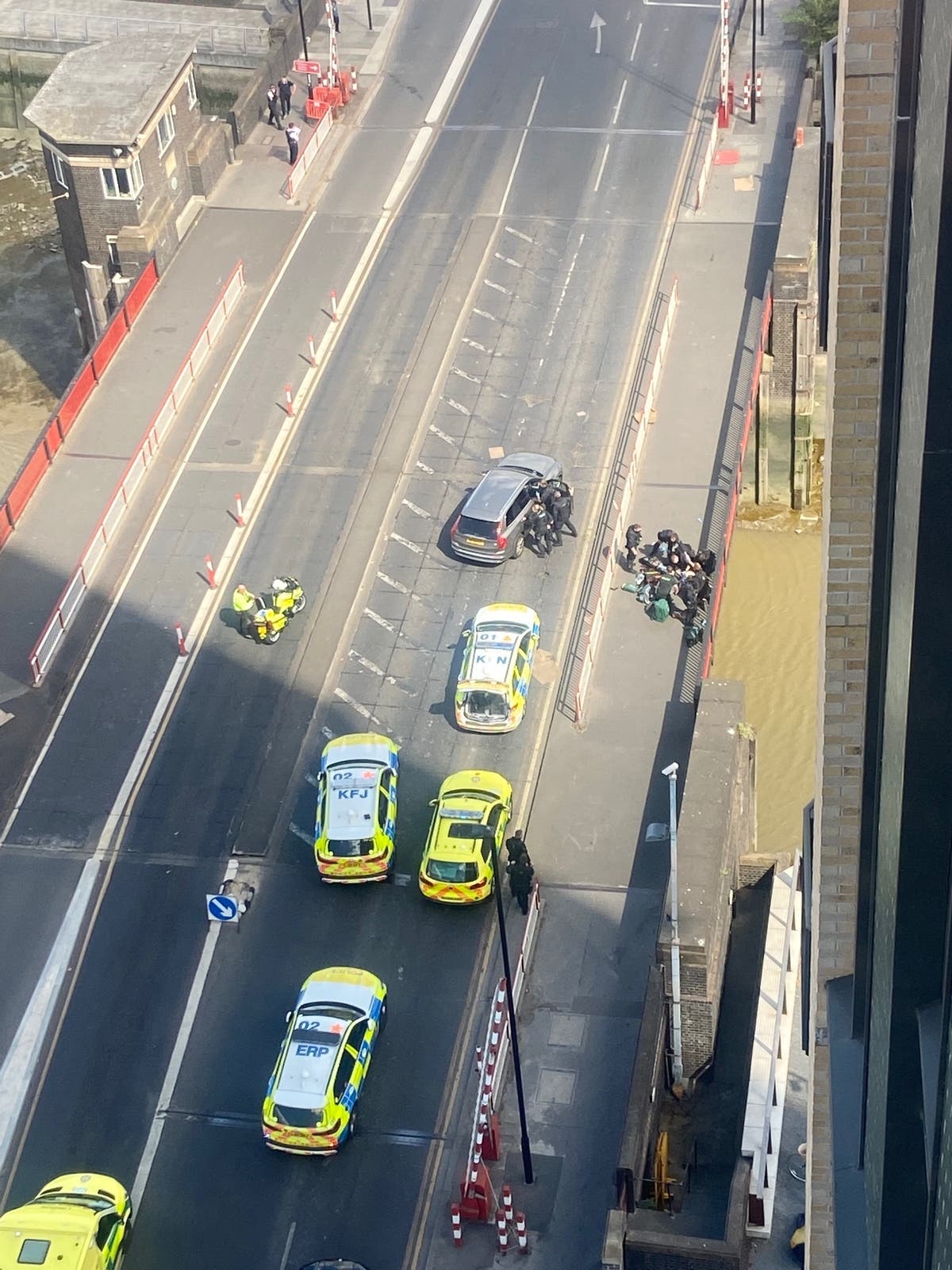 A “serious incident” involving armed officers who saw a man shot dead in London is not considered to be terrorism-related.

The Metropolitan Police responded to multiple 999 reports of a man with a gun in Creek Road, Greenwich on Friday afternoon.

Scotland Yard said a police firearm was discharged and the man was shot and injured.

His injuries are not believed to be life-threatening and he was transferred to hospital after being treated at the scene, the force added.

In a statement, the Met said: “Although the investigation is in its early stages, this incident is not believed to be terrorism-related or that there is an ongoing threat to the general public.”

Gemma Daly, 31, from Whitstable but staying in Greenwich, said she heard screams and then “a big bang” which she said was a gunshot.

She said she immediately heard the police sirens, adding that emergency services then began to arrive.

“Police were dealing with a man on the side of the bridge,” she said, adding that he was “clearly injured.”

“They took his clothes off,” she said, describing how “a lot of people” were working on the man before he was put on a stretcher.

Ms Daly said police ‘started circling’ a silver car, which was still on the bridge.

Footage from the scene showed emergency vehicles, including police cars and an ambulance, stopped in the middle of the road.

A spokesman for the London Ambulance Service said it had sent several resources to the scene, including medics from the London Air Ambulance.

They said: “We treated a man at the scene and took him to a major trauma center as a matter of priority.”

The Met said major cordons remained in place on Friday night and urged the public to avoid the area.

Police said the Professional Standards Branch and the Independent Office for Police Conduct have been notified.