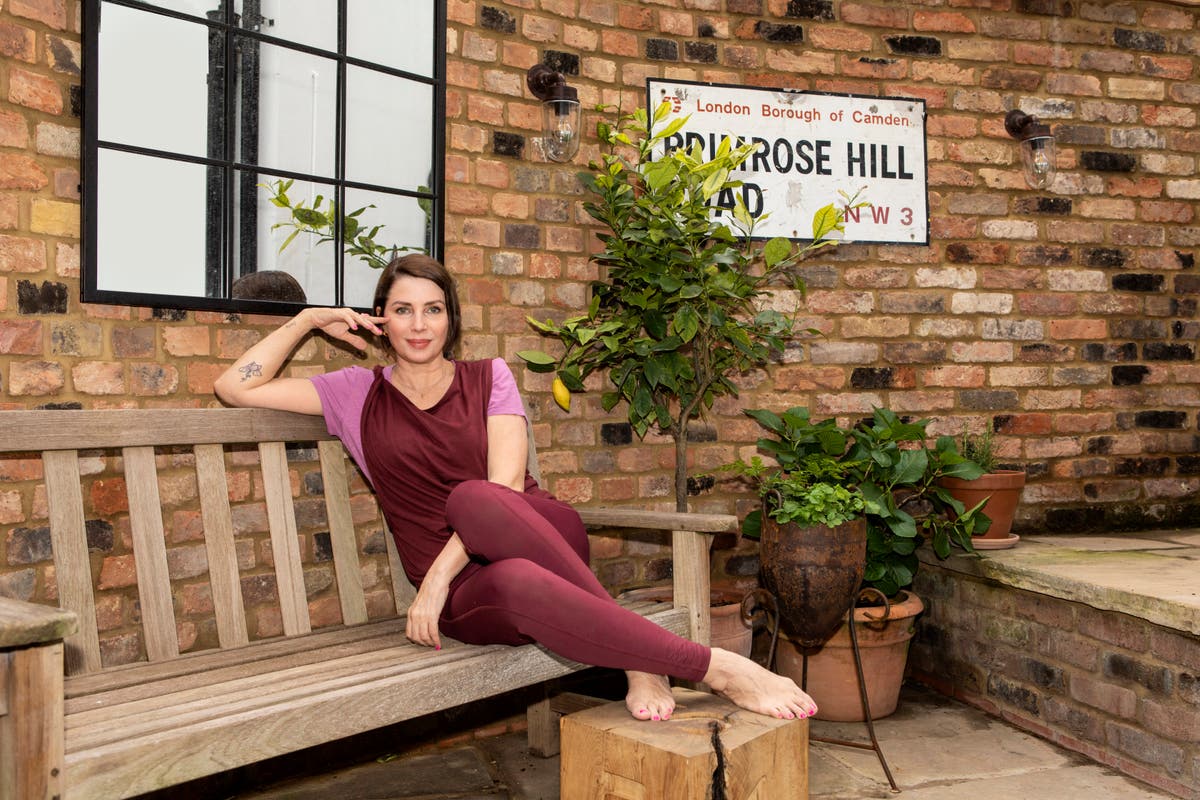 s soon as I left hospital after I was born, I was taken to Primrose Hill. It’s where I spent my first years, in the Sixties. We didn’t have a garden so we would have my birthday parties and things like that on the hill. It’s always been a special place for me.

It was a real concoction of all different kinds of cultural backgrounds at the time, it wasn’t a middle-class, affluent area . It has changed, but it’s still kept its charm because it’s cut off and there aren’t many through roads. Obviously there’s more people who go to Primrose Hill now but it will always be my home.

I moved out of the area when my children were all small to raise them, and I’ve just moved back this summer.

Eating and drinking in Primrose Hill

I really like the simplicity and calmness of Sam’s Cafe. They do the best breakfasts and I can go there and work.

For the evening, we go as a family to Lemonia. I’ve been going there for 30 years, at least. The artichokes with broad beans are delicious. Greenberry is really good for smoothies and I take my niece there for pancakes.

Where I work out

I’ve got a really good studio called Exhale Pilates, which I’ve been going to for about seven years. They have classes from 7am to 7pm all week so I can always fit something in.

I’ve also been going to trapeze lessons at Circus Glory once a week and there’s a good ballet class at the church. It’s like going back to the Eighties. It feels like time has stood still at some places in Primrose Hill, which is such a nice feeling.

For a culture fix

We’re lucky because we still have a library. Chalk Farm Library lost its public funding and closed in 2012 but the community reopened it a month later and now it’s run by local volunteers. They have film screenings and kids’ events.

There’s a crystal place called Soulstice. The owner is really good at helping with things like positive intentions and letting you know when the full moon is coming. Having culture in my life right now is about creating positivity and health.

There’s a really good clothes shop called Press, which has the most colourful, fun independent fashion designers. There’s also Spice, which is a shoe shop. Really I could just stay in Primrose Hill and not go anywhere else.

Obviously the hill is monumental and can never be changed, that’s what’s so beautiful about it.

All the shops on the high street are pretty good but I really like going to the post office. I’ll take the dog for a walk at 6:30 and it’s open and has everything. So I can post a letter, buy all my healthy stuff. It’s a real one-stop shop.

I do a lot of meetings all over London and if I go by taxi it’s expensive and takes so much longer. The Tube is a way to escape from emails and people calling. Chalk Farm on the Northern line is just a few minutes’ walk across the bridge.

I live on my dream street, but I’m not telling you which one it is!

Something you only see in Primrose Hill

I have a sausage dog and apparently twice a week all the owners of dachshunds meet up and have a coffee. I haven’t made it yet, but I’d love to go.

It used to be the paparazzi, but they seem to have moved somewhere else now, which is nice.

If you’re raising a budding politician then Primrose Hill School is the ideal training ground. Past pupils include Prime Minister Boris Johnson, Labour’s Ed Miliband and his brother David, as well as Bond director Sam Mendes and author Zoë Heller. It is rated outstanding by Oftsed.

In nearby St John’s Wood is the fee-paying American school, offering primary and secondary education.