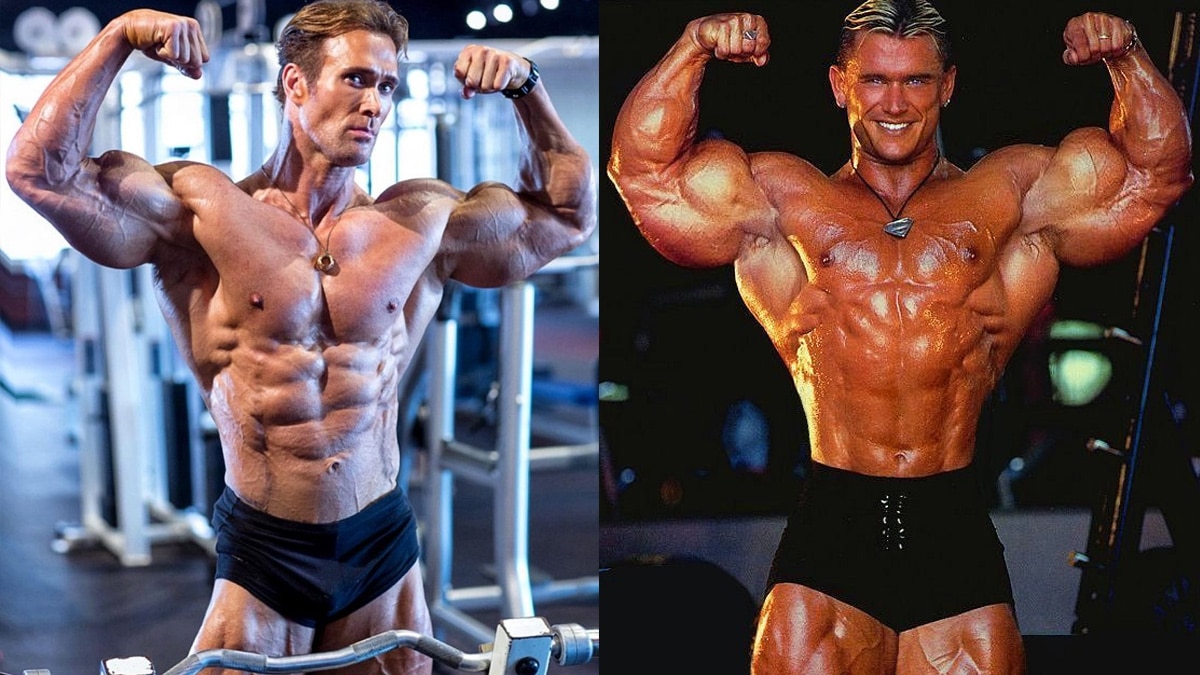 Lee Priest is a bodybuilding legend known for his activity and willingness to compete with anyone on stage. In an interview with Mike O’Hearn, the pair discuss deaths in bodybuilding, steroids, and how working one show a year may negatively impact an athlete’s longevity.

Remaining a perennial contender for much of his career, Priest’s bodybuilding tenure spanned from the 1980s to the 2000s and competed at Mr. Olympia many times. Seldom do athletes leave the sport on top and Lee was able to accomplish that feat. He faded into retirement after winning his last three bodybuilding shows. Known for his blunt nature, Lee Priest was banned from the IFBB Pro league.

One of his most significant accomplishments in the sport came when he won the 2006 Iron Man Pro. Following the major victory, Lee captured titles at the 2006 NOC New York and then finally finished out his career winning first prize at the 2013 NABBA Mr. Universe event.

Meanwhile, Mike O’Hearn is renowned in the sport for his amazing physique despite being over fifty years old. Mike captured the Mr. Universe title during his time bodybuilding. In addition, he claims to be natural which has sparked plenty of discussion amongst fitness sectors. After meeting with Lee Priest, the two reflected on the new school age of bodybuilders.

In a recent interview with Mike O’Hearn, Lee stresses how unhealthy it is to carry upwards of 300 lbs while only participating at one show a year.

“Sadly, now we’ve seen all these deaths in bodybuilding. People, as soon as there’s a death there like, ‘steroids, steroids!’. I’m like ‘okay, steroids probably play apart’. But I’m also thinking a lot of these guys when we competed, yeah, we took gear, but probably not like a lot of guys do now but we would do shows the beginning of the year, middle of the year, the end of the year.

And I’m thinking if you weigh it up now, it’s like okay, we used a bit of gear, but even though you used gear for a contest, contest time cardio, you’re pretty fit because you’re doing lots of cardio . Lee Priest said.

Lee argues that since athletes are eating cleaner during prep anyways, it would be advantageous to compete at more than one show per year. The bodybuilding veteran attests that by working extra shows, more cardio training is utilized, and thus, a healthier lifestyle for the athlete would be a byproduct.

“You’re eating a lot cleaner so your body, the fats and everything are probably functioning a lot better. Compared to guys now that do one show a year, they sitting around 300lbs for ten months of the year pumping gear into them, and I’m like ‘really, which is worse for you?’ We don’t know what amount of steroids is bad but if you’re 300 lbs. You know, if you’re 300lbs because you know bodybuilders offseason. It’s like ‘you want to go somewhere?’

‘No I’m not going for a walk I could burn muscle’ Do you want to go out? ‘No I got to sit here just go to the gym, sit on the couch and stuff myself full of food and take gear. You know on the body that’s just strain on the heart. you’re not cardio fit but if you did more shows, you’re doing a lot more cardio. You’re still using a bit of gear, yes but you’re doing a lot more cardio.

You’re eating super clean so technically that should be better for your body. Kids now just doing one show a year, I’m thinking, do a few more shows. The thing is now, you don’t need the vast amount of gear you see young kids taking.

‘Well I read it online such and such’, it’s all fucking rumors and bullshit that’s why I get so annoyed when from day one I’ve been truthful with the amount.” Lee Priest said.

Agreeing with Lee, Mike shared that some people who come to Gold’s Venice gym have gone from small to massive in a short period of time. O’Hearn credits genetics as a major factor and believes what might work for one individual, doesn’t necessarily mean it will work on the next person.

“You and I have been around this sport our entire lives and it’s funny because I’ve been at Gold’s Venice now for over thirty years. I’ve seen these guys come in there and I’ve seen guys go from nothing to something massive. It’s not because of the amount of drugs, they’re not taking much, and it’s not about what they’re lifting, they’re not lifting a lot but just genetically their body absorbs, utilizes.

And I’ve seen other guys come into the gym lifting a tremendous amount of weight and get on a sheesh load of gear and it just looks worse, and worse and worse until they quit. You get your mail kit, ‘hey I got my drugs, I’ll eat better and lift and be Mr. Olympia. It’s just not even close to that.” Mike O’Hearn said.

Attention to longevity is important to O’Hearn and especially Lee who is currently undergoing a physical transformation. With a diet created by renowned bodybuilding coach, Chris Aceto, Lee has been eating in a disciplined manner to improve his physique. Despite a back injury he sustained a few years ago, Priest’s recent venture shows his commitment to the sport.

RELATED: Bodybuilding Icon Frank Zane Teaches Mike O’Hearn An Unorthodox Exercise That No One Does Today

At 52 years old, O’Hearn’s aesthetic build looks incredible, and he certainly has learned a thing or two about keeping up with a physique for an extended period of time. Mike and Lee believe using steroids, overeating and only competing at one show per year factor into the growing number of deaths in the sport.