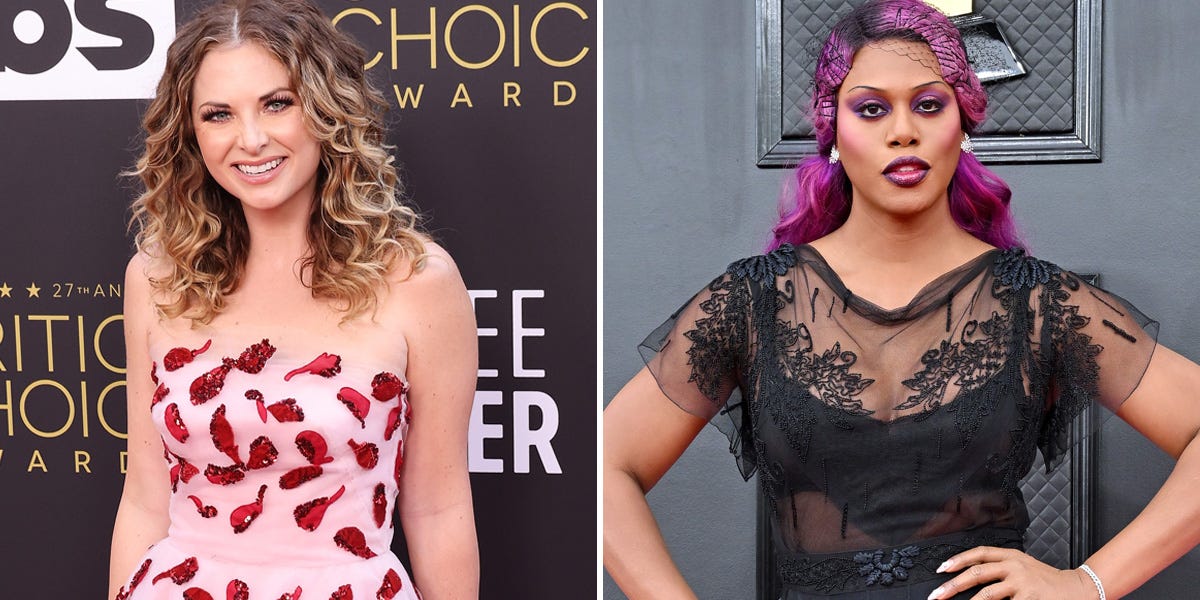 Laverne Cox made reference to an uncomfortable moment from the Oscars at the 2022 Grammys in Las Vegas, Nevada, on Sunday, as she reported for E! on the red carpet.

In the middle of her interview with musician Jon Batiste — who took home five awards — Cox poked fun at Entertainment Tonight reporter Lauren Zima, who had an awkward interview with Tiffany Haddish at the Vanity Fair Oscar Party following last week’s Academy Awards.

“You are indeed hurt,” Cox said to Batiste. “And all I have to say is: this is not a costume. This is Dolce & Gabbana.” She then broke into laughter.

Batiste was wearing a Dolce & Gabanna suit, which had an all-over diamond print and was covered in gray-and-yellow sparkles. Cox’s joke, however, referenced a different Dolce & Gabanna outfit.

Just a few days earlier on March 27, Zima had been speaking with Haddish after the Oscars and asked if the comedian had done a “little costume change.”

“Uh, I’m not wearing a suit. I’m wearing Dolce & Gabbana,” Haddish responded. “It’s called an evening gown, darling. No one’s paying me for this. I paid for it, it’s custom. Thank you.”

The reporter seemingly realized her mistake, and tried to smooth over the interaction by joking that her “time of death” was “now.”

Zima has not publicly commented on Haddish’s response or Cox’s joke at the time of writing. Representatives for Zima did not immediately respond to Insider’s request for comment.