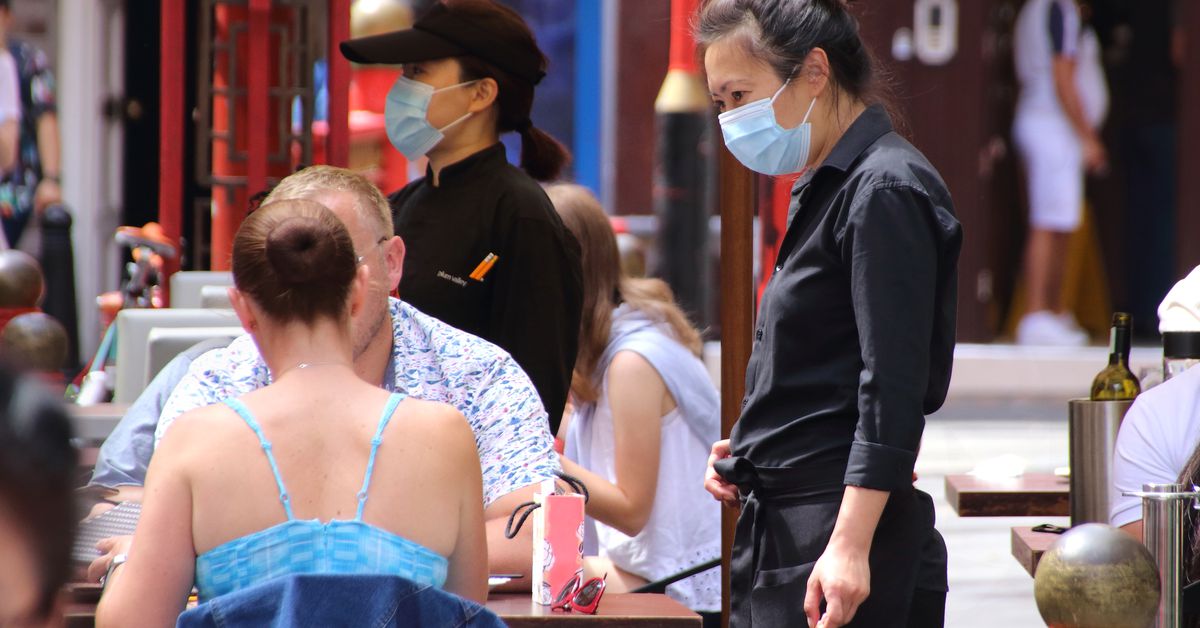 Earlier this month, London restaurants formally entered their post-pandemic “new normal,” by which is meant — the various protections, tax cuts, and devices designed to afford businesses relief through a time of immense disruption came to an end or changed.

In short, April 2022 was the month when the most things changed in the most significant way since March 2020 when the arrival of COVID-19 first caused the government to close down hospitality.

Earlier this month, Chancellor Rishi Sunak’s Spring statement was labeled a “missed opportunity” by those in the hospitality industry, when the extension of a reduced rate of VAT was not announced.

Now that the dust has settled on that statement and other measures have come into effect, Eater London spoke to restaurant accountant and financial advisor Hussein Ahmad from Viewpoint, whose clients include Ombra, Westerns Laundry, Mangal 2, Brunswick House, Bright, and others, to get a clear picture of the situation restaurants are now in with regards to labour, VAT, National Insurance, loan repayments, rent holidays, and business rates.

“Probably the most pressing issue,” is the labor shortage, Ahmed explained.

Not just because of a literal shortage of workers, who have left the industry during the pandemic or left the country because of the implementation of Brexit and Britain’s formal exit from the European Union, but also because staff are asking for more.

This, Ahmed said, is partly because they value themselves more, when they see jobs advertised that are lucrative. They then feel justified in asking their employer why they aren’t being paid the same.

And because of the shortage of workers, restaurants are having to close shifts or even shut on certain days because they don’t have the staff to cover those shifts.

Another impact is this: Where previously, to keep in line with budgeted staff costs, restaurants would cut employees’s hours, they now don’t want to cut hours on staff in case those staff go elsewhere. Now, the restaurant, not the worker, is bearing that cost.

Moreover, staff are accepting positions and then don’t turn up as they’ve been given a role elsewhere. Ahmed says this is “anecdotal but not something pre-pandemic that I’d have heard about.”

This comes after UK Hospitality chief executive Kate Nicholls, said earlier in April 2022, that a failure to tackle the [labour shortage] issue now “will stifle the sector’s ability to drive the wider economic recovery.”

“We want to work hand-in-hand with the Government to examine, review and reset all the policies that we had pre-Covid in order to ensure that the immigration, training and skills policies we have now are fit for purpose in a post -pandemic market.”

From 1 April, the rate of Value Added Tax (VAT) returned to its pre-pandemic level of 20 percent.

For a period of 15 months between July 2020 and 1 October 2021, the VAT rate had been reduced to 5 percent (on food and soft drinks), which had been a lifeline for restaurants and the wider hospitality industry.

The government staggered its return to the full 20 percent rate, increasing it from the 5 percent rate to 12.5 percent between October 2021 and March 2022.

The recent Spring statement from Chancellor Rishi Sunak included few causes for celebration from those in the restaurant industry. With the exception of one policy: Sunak increased the threshold on NIC for hospitality workers. In other words, implemented a change which increased the tax-free allowance, thus, at least in theory, allowing workers to retain more of their monthly take home wage.

During the course of the pandemic, the government sought to protect restaurant tenants from eviction from landlords over unpaid rent owing to business interruptions through lockdowns, which had driven down or completely eliminated their revenue.

The lease forfeiture moratorium, as it was officially known, was repeatedly extended throughout the course of the pandemic. As of 31 March 2022, it has formally come to an end.

Although he acknowledged that he could yet be too early to come to a meaningful judgment, Ahmad said that he had not heard about any closures because of the moratorium coming to an end. (With the exception of Sarap Baon.)

There are also some periods within the pandemic, March 2020 — July 2021, that are still protected — which means that landlords cannot use all measures to demand rent that wasn’t paid during that period without going through mediation. However for monies owed beyond July 2021, landlords can demand payment from tenants and take those disputes straight to the court, without first going through a process of mediation.

So far, the widely predicted spate of closures has not come to pass. That could of course change, and only time will tell just how effective the moratorium has been at delaying the inevitable, or otherwise.

One of the COVID-19 relief policies put in place for hospitality businesses remains active. Business rates — a tax paid according to the value of the property — were suspended in 2020 — 21. From April 2022 until March 2023, businesses are required to pay just 50 percent of those rates up to the value of £110,000. It’s applicable across a businesses’s portfolio, so it is not per site. If a restaurant group has a number of sites, then the £110,000 discount is capped across them all.

As well as tax breaks, rent and rate holidays, and legislation introduced to prevent evictions, the government also created a whole program of Coronavirus Business Interruption Loans. Those loans were issued on an interest free period for 12 months to 31 March 2021.

Since then, repayments on those loans have included interest payments as well.

A reminder of the London restaurants which we know have closed so far in 2022.

A reminder of the restaurant openings in London so dar this year.

And, lastly, Eater London’s list of most anticipated restaurant openings of spring 2022.