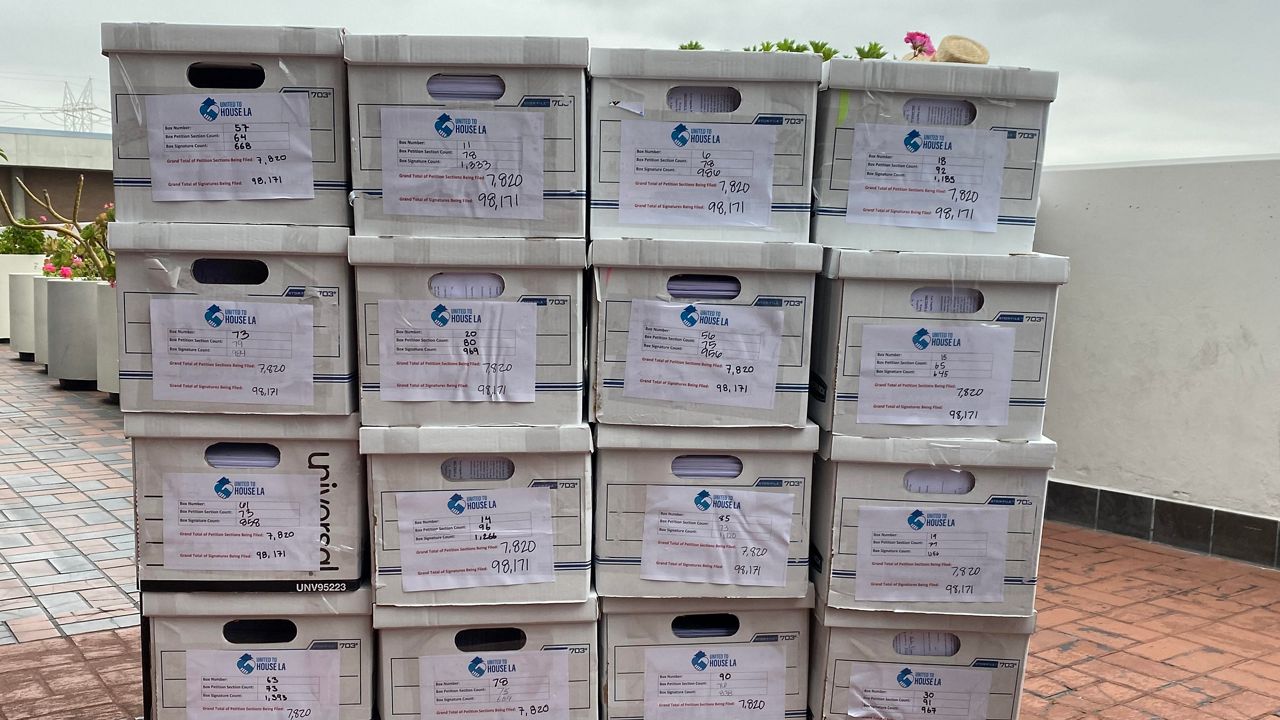 LOS ANGELES — A measure that would tax sales of Los Angeles mansions to fund affordable housing and homelessness initiatives has garnered enough signatures to qualify for the November ballot.

Supported by a broad coalition of unions, tenants’ rights groups, immigration activists and homeless service providers, members of United to House LA announced the milestone at an event at LA City Clerk’s Electoral Division office before dropping off dozens of boxes of signed petitions.

A housekeeper at the Millennium Biltmore Hotel in downtown Los Angeles, Ramos is a member of Unite Here Local 11, a union that represents more than 32,000 hotel, restaurant and airport workers in Southern California.

“Our members are mostly women and people of color. We’re the backbone of the tourism industry, but my colleagues and I can’t afford to live in Los Angeles anymore,” Ramos said.

Unite Here is one of more than 130 organizations that have come together to support the ballot measure that would impose a 4% tax on property transfers valued between $5 million and $10 million and 5.5% for properties valued at over $10 million. Proponents say the measure would affect 3% of real estate sales in the city and bring in about $875 million a year, or $8 billion over 10 years.

If a simple majority of Los Angeles voters approve the ballot measure in November, United to House LA will use proceeds from the so-called mansion tax to buy and build new affordable housing. The measure will provide 69,000 affordable homes for people who are homeless or at risk of homelessness in its first 10 years, the group says.

“You can’t solve problems without having stakeholders around the table,” said Chris Hannan, executive secretary of the LA/OC Building and Construction Trades Council, which represents 140,000 building and construction workers in California from South.

The council is part of the United to House LA coalition and supports the election provision that would create 44,000 well-paying union construction jobs, prioritizing the hiring of local and disadvantaged city residents.

“Over the past ten years, if we created affordable housing for 66,000 Angelenos, while providing 50,000 well-paying jobs, the streets of Los Angeles would look different today,” Hannan said. 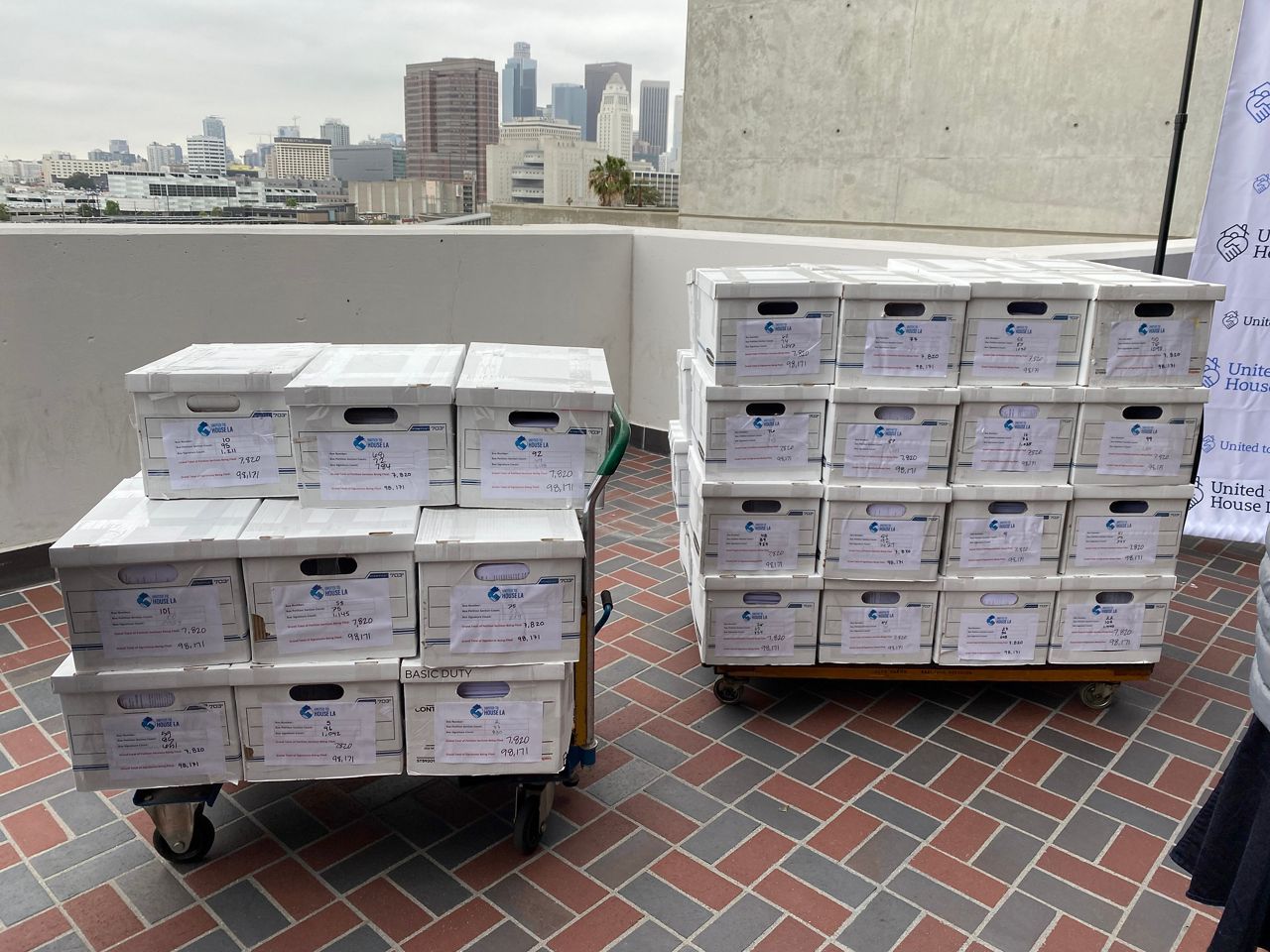 The ballot initiative also includes tenant protection policies, such as direct income support for the elderly and people with disabilities, and provides legal aid and outreach services to 475,000 tenants who are at risk of losing each year. their accommodation.

“Many of our members are workers in low-wage industries and live with housing insecurity,” said Alexandra Suh, executive director of the Koreatown Immigrant Workers Alliance, part of the United to House LA coalition. “Housing in the city is the biggest cost to the working class and one of the biggest stressors in their lives.”

More than half of Koreatown’s jobs are in low-wage service-sector industries such as car washes, garment factories, supermarkets, and restaurants. While the minimum hourly wage in the city of Los Angeles is expected to increase by $1.04 in July, it is currently at $15. The average rent for a one-bedroom apartment in the city in May is $2,395, up 23% from a year ago, according to rental site Zumper.com.

A 2021 study by the National Low Income Housing Coalition reported that the average minimum-wage worker in California last year had to work 89 hours a week to afford a rental of a room at the average fair market price. To afford an average room in Los Angeles required an hourly wage of $30.87, or $64,200 per year. Fifty-four percent of LA residents are renters.

“Housing is a human right,” said Kath Rogers, economic justice project attorney for the American Civil Liberties Union of Southern California. “Tens of thousands of people are forced to live on the streets in Los Angeles, and many more are a paycheck away from eviction. The housing crisis affects every neighborhood and every community in our city, but the crisis does not affect us all in the same way. This disproportionately burdens the most vulnerable members of our community.

One in three homeless people in Los Angeles are black. Three out of four seniors in the city are also struggling to pay their rent. One in three disabled Angelenos have extremely low incomes, said Rogers, whose organization supports United to House LA.

More than 41,000 people were homeless in the city of Los Angeles in 2020, according to the latest count from the Los Angeles Homeless Services Authority. This number likely increased during the COVID-19 pandemic as incomes failed to keep up with inflation and housing and rent prices soared.

In 2016, LA voters approved $1.2 in bonds to triple the city’s annual supportive housing production to 10,000 new units for homeless Angelenos under the HHH proposal. Only a fraction of these units have so far been built at a cost of over $500,000 each. The city’s proposed budget for the 2022-23 fiscal year includes $1.16 billion to address what many are calling a homelessness crisis in Los Angeles.

Despite increased funding, more than 63% of Los Angeles County residents said the homelessness crisis would worsen over the next year, according to a public opinion poll by the Center for the Study of Los Angeles released last month.

Not everyone agrees that United to House LA is the right strategy.

“While we support the desire to find solutions to address the housing problem of the homeless and to provide comprehensive services such as those we have already supported in Measure H and Measure HHH, the increase in taxes on real estate transactions sends the wrong message as it further increases the already high cost of housing in the area without addressing the core problem – that we are still in a crisis of housing production and affordability,” the officers said. Greater Los Angeles real estate in a statement for Spectrum News 1, responding to the United to House LA ballot measure.

A GLAR spokesperson said the group is working with county and local governments to “strongly advocate for increased housing production to meet the demand for affordable and accessible housing in our region, and urge the city to use the billions of dollars already in hand from the previous ballot. measures and the state to help solve the housing problem of the homeless. 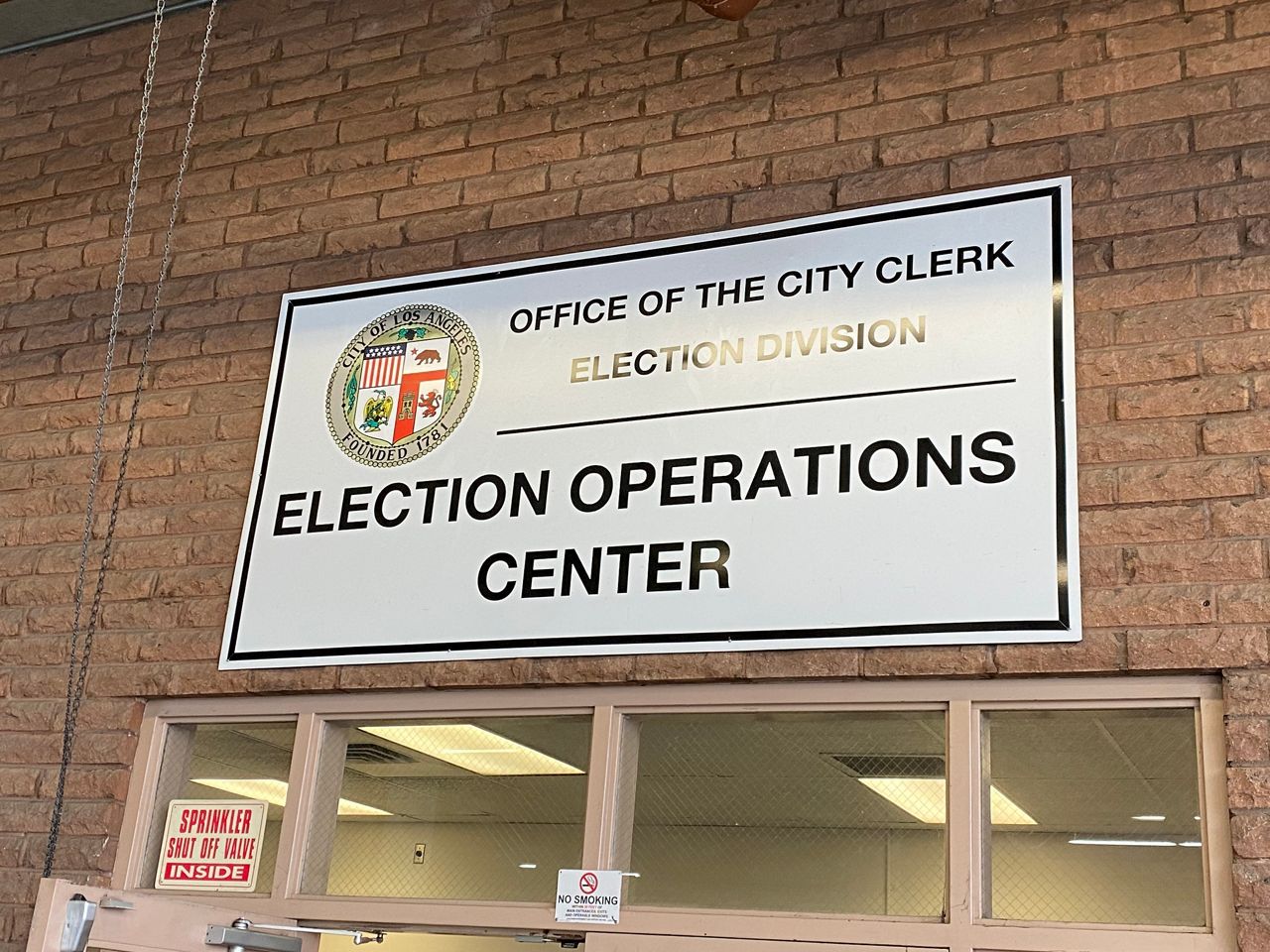 For United to House LA to qualify for the November ballot, 61,076 signatures were needed. The coalition collected 98,171, which were submitted to the LA City Clerk’s Office for verification on Monday. Once the review is over, it’s tied to the November ballot and a yes or no from Los Angeles voters.

“This measure is very different from anything that has been done in Los Angeles in the past,” said Laura Raymond, co-chair of United to House LA. “We have never seen anything so broad in Los Angeles to deal with this humanitarian crisis.”