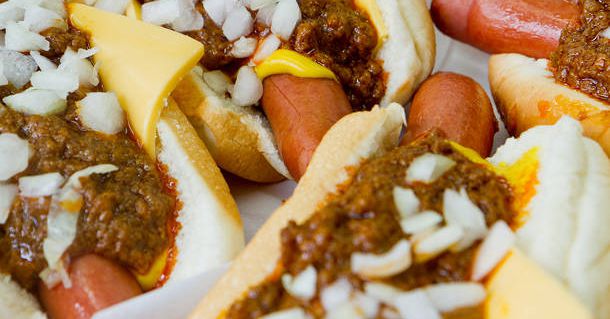 Los Angeles’ iconic food stand, Pink’s Hot Dogs, is offering free chili dogs all weekend. La Brea restaurant, known for its dozens of inventive versions of classic LA dogs, is teaming up with Amazon’s Prime Video to promote the next series A league apart, and in doing so, fans can tag dogs at no cost Friday through Sunday. To win a free chili dog, be sure to be online between 7 p.m. and 9 p.m. (aka “the seventh round”) from Friday, August 5 through Sunday, August 7.

The Pearl River Deli in Chinatown gets the Los Angeles Times review the treatment, with critic Bill Addison praising Johnny Lee’s cooking and head chef Laura Hoang. The menu changes frequently, with Cantonese specialties and other hard-to-make dishes (read: Hainan chicken) rotating from time to time, or returning with ever-changing adjustments, over time. This makes the restaurant fleeting, interesting, sometimes frustrating, and ultimately unique not just for Chinatown, but for all of Los Angeles.

The new version of Taco Bell

Is Taco Bell x Milk Bar the collaboration of the century? Probably not, but it’s still fun to think about. For a limited time, the Irvine-based fast food company and Christina Tosi-owned baked goods store are coming together to offer strawberry truffles filled with sweet corn fudge and topped with a real crushed taco shell. The limited-edition option is available through August 16 at the Orange County Taco Bell at 14042 Red Hill Avenue in Tustin, or the Milk Bar storefront on Melrose.