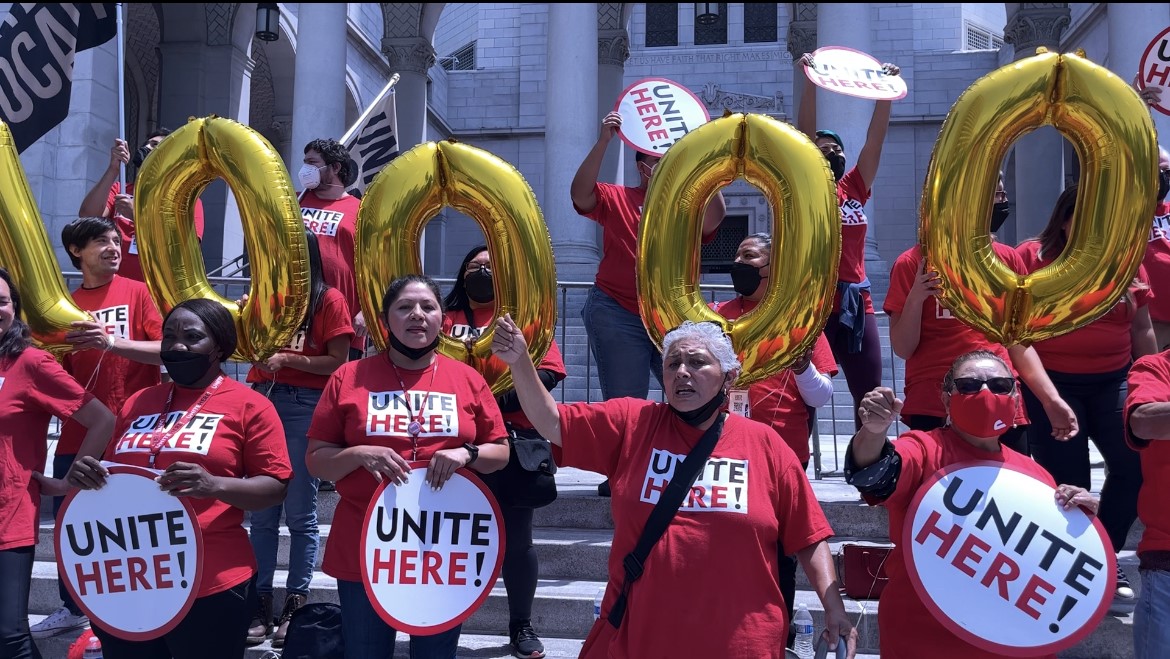 Dozens of housekeepers and other hotel employees held a cheering rally in downtown Los Angeles on Monday afternoon.

They came together to deliver more than 61,000 signatures to the city clerk’s office that were needed to qualify the “Hotel Worker Protection Initiative” for the November ballot.

Union members say they want wage increases and increased security measures to protect them from assaults and threatening behavior.

“We are finally on the path to rebuilding an economy rooted in fairness and dignity, because this pandemic has been a long dark time,” said Kurt Petersen of Unite Here Local 11, the union representing hospitality workers. . “The past two years have been extraordinarily difficult for hospitality workers. I would argue that no one has suffered more from the crushing weight of this pandemic than bartenders, waiters, room attendants, dishwashers and cooks.