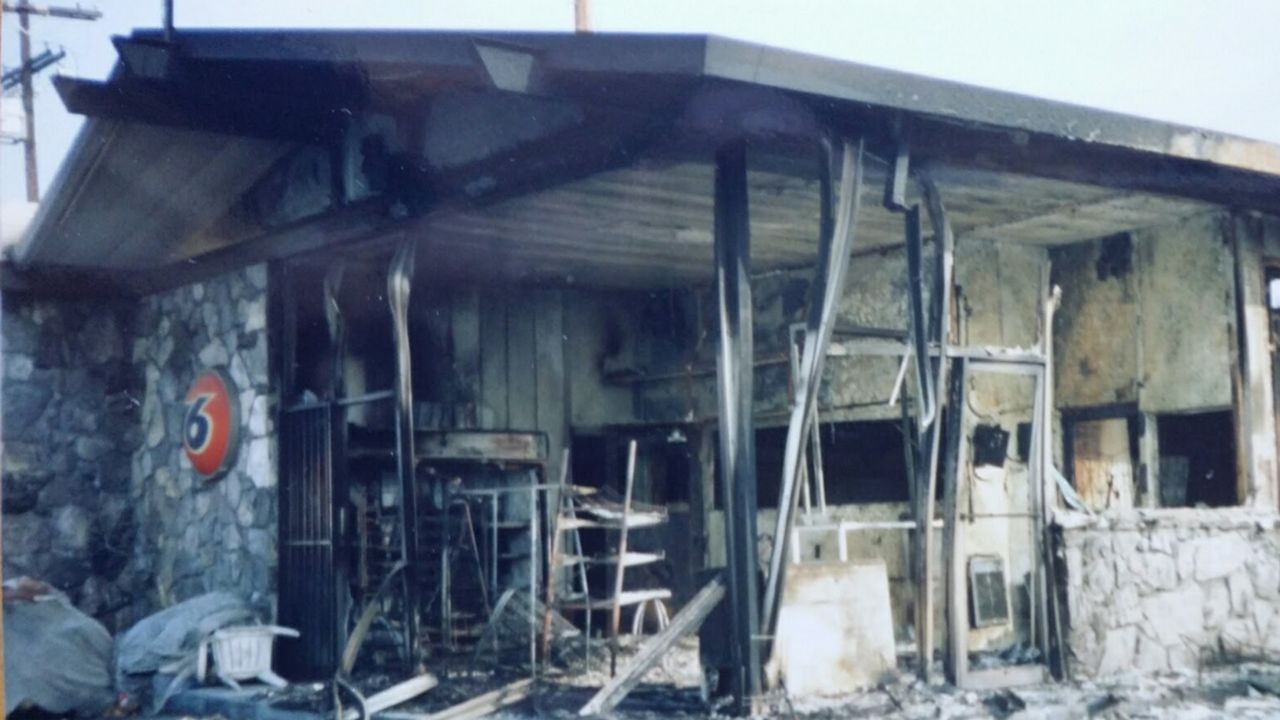 Thirty years after the LA riots, memories are still vivid for Chang Lee.

“I was on this rooftop overlooking the street,” Lee said, pointing to her mini mall in Koreatown.

He spent three nights and four days on the roof of his mini mall with a portable TV, watching large parts of Koreatown go up in smoke. He said his family would bring him sandwiches since he couldn’t leave. At the time, the company below him sold phone accessories.

“I couldn’t protect it from looting and looting, but I wanted to make sure it didn’t burn. They broke in through this window here and I was up there watching them,” Lee said, pointing. “I told them to go away, showing my weapon, but I don’t know how to use a weapon.”

Less than five miles away, a Jiffy Lube now operates near San Vicente and Pico, where Lee’s gas station once stood.

And he saw it get destroyed on live television.

“When this place appeared on the screen, my heart sank. It sank. This is my gas station burning that I witness,” Lee said.

He knew he couldn’t protect the two and said the mini mall was a more valuable asset.

“The mini mall is built from our sweat and blood with our own funds, so it was something I felt I had to protect,” Lee said.

For three years after the riots, Lee says he fell into a deep depression and lost hope. He had to withdraw money from his remaining businesses to make ends meet and survive, but this caused his other businesses to fail.

“When that riot happened, I realized that even though I was educated here, that I thought I was a traditional American, we are actually forgotten people. Our community didn’t really matter” , said Lee.

Eventually he was able to rebuild his life and now runs a successful construction business. The riots also motivated him to fight for change in his own backyard.

“I have been heavily involved in bringing this Olympic [police] station in Koreatown because I saw the importance of an LAPD presence in our community,” he said.

It’s a community he’s proud to say has become a thriving economic engine for Los Angeles and a beacon of resilience.