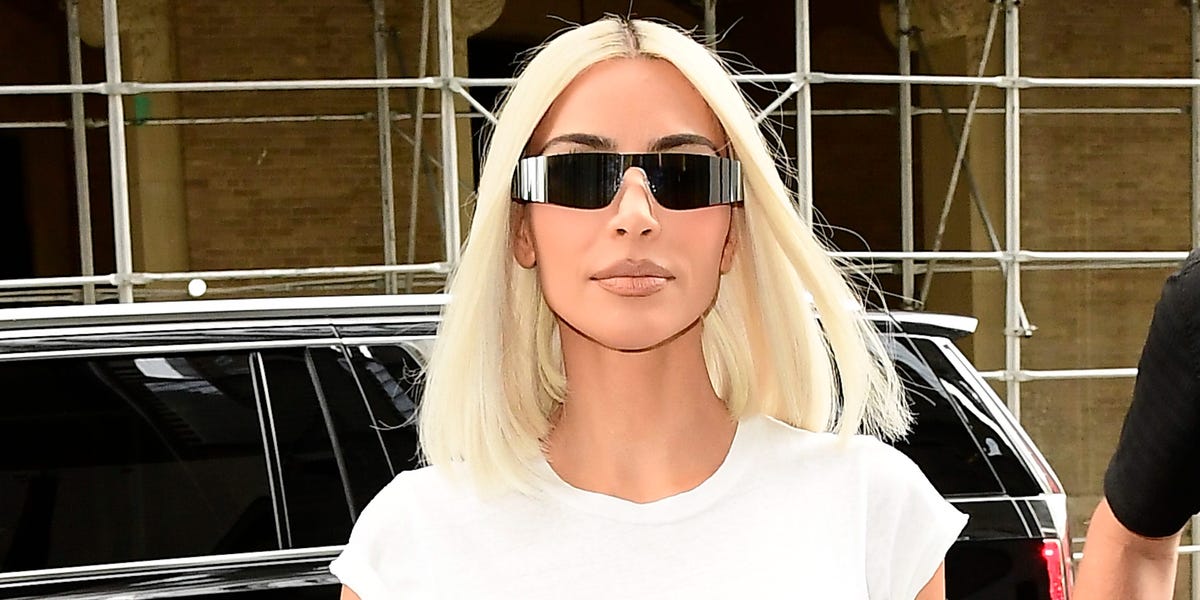 According to Vogue, Kardashian wore a white Re/Done top and red, white, and blue patterned Balenciaga “pantaboots” (a shoe and skinny pants combined into one garment), which she also appeared in during her “Today” interview. “earlier in the day. Kardashian said that while she “struggled with casual looks,” she liked being blonde and said she “had more fun,” Vogue reported.

Kardashian’s style has evolved over the years as she moved from more graphic prints to neutral and basic tones, Insider previously reported. Her ex-husband Ye, formerly known as Kanye West, was also a major catalyst for Kardashian’s style change. On her

series “The Kardashians”, Kardashian also opened up about the anxiety she sometimes experiences when doing her hair.

“I would ask him for advice on everything, until I wear,” Kardashian said of Ye in the show’s fifth episode. “Even now, I’m having panic attacks, like, ‘What am I wearing?'”

Kardashian said in the episode that after getting her hair done for the Wall Street Journal Magazine Innovator Awards in November 2021, Ye called her afterwards to tell her her career was “over” and showed her a “picture of Marge Simpson” wearing something similar to the Skims x Fendi leather dress she wore to the event.