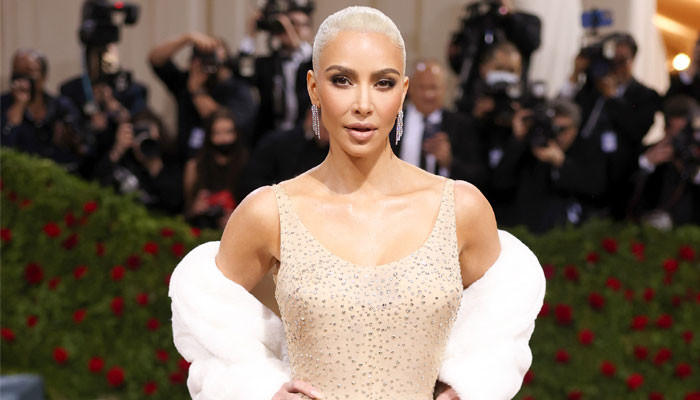 Kim Kardashian is under fire again after continuing to brag about her rapid weight loss since before Met Gala in a recent interview.

After facing backlash for saying she lost 16 pounds in three weeks so she could fit into Marilyn Monroe’s iconic dress, the reality TV star has once again come forward with the loss unhealthy weight.

During a conversation on Today show, the 41-year-old Skims founder said she’s lost 21 pounds so far.

“I saw it as a role,” she explained of her weight loss. “I really wanted to wear that dress. It was really important to me. It actually taught me a lot about my lifestyle and my health and since then I’ve continued to eat really healthy.

Kim added: “I have more energy than ever. I cut out so much sugar. Lots of junk food I was eating. I didn’t even realize it. Lots of fried food. And I completely changed my lifestyle.

However, Kim’s recent statement did not go down well with Twitter users after “Kim, there are people dying!” trending on social media app.

One user wrote in response to Kim’s latest comments, “As someone who has had an eating disorder for most of my life and my body dysmorphia has ruined my life to this day, I think This family needs serious help.”

“Literally? Like losing 21 pounds in two months isn’t healthy or sustainable,” she added.

“They aren’t honest about their cosmetic surgeries, promote unhealthy diet shakes, pills, fads and take advantage of diet culture,” another wrote. “I feel sorry for their children and what they are taught about their bodies, their food and their self-image.”

One tweet read: “These are not good role models and they actually cause harm to young girls. It’s child abuse what they’re doing.

“I wish people would stop talking about Kim Kardashian’s weight loss and ignore the fact that she’s grown just about every part of her body to the point where she barely looks human,” added another user.