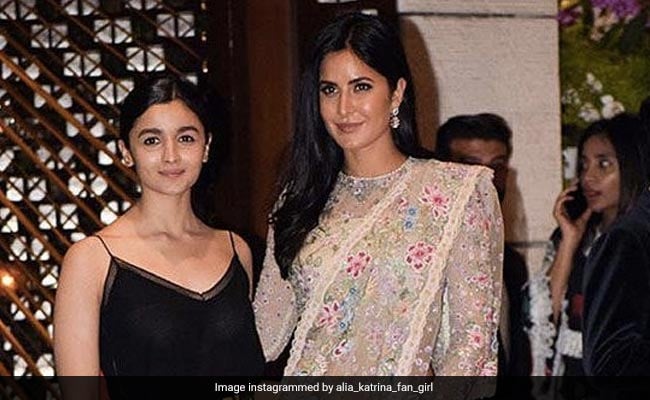 Alia Bhatt’s wedding post was flooded with comments from her famous friends soon after she shared it on Thursday; among them was a message from Katrina Kaif, Ranbir Kapoor’s ex-girlfriend. Ranbir and Alia married today in a private ceremony attended by family and close friends. After the wedding, Alia shared pictures from the ceremony on her Instagram. In the comments thread, Katrina Kaif wrote: , “, “Congratulations to both of u. All the love and happiness.” Katrina, who married Vicky Kaushal last December, and Alia have been good friends for years and will soon begin working on upcoming film Jee Le Zaraaco-starring Priyanka Chopra.

Sharing her dreamy wedding pictures, Alia Bhatt wrote, “Today, surrounded by our family and friends, at home … in our favorite spot – the balcony we’ve spent the last 5 years of our relationship – we got married. With so much already behind us, we can’t wait to build more memories together … memories that are full of love, laughter, comfortable silences, movie nights, silly fights, wine delights and Chinese bites. Thank you for all the love and light during this very momentous time in our lives. It has made this moment all the more special. Love, Ranbir and Alia” 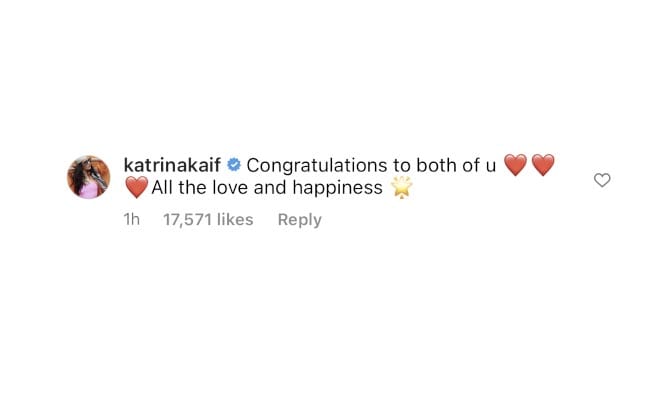 Alia Bhatt and Ranbir Kapoor fell in love with each other on the sets of Ayan Mukerji’s upcoming film brahmastra. The couple dated for almost four years before taking a plunge and tied a nuptial knot at Ranbir’s Vastu house.

On the work front, Ranbir Kapoor and Alia Bhatt will soon be seen in Ayan Mukerji’s brahmastrawhich is releasing on September 9. Produced by Karan Johar’s Drama Production, the film also stars Amitabh Bachchan, Dimple Kapadia and Mouni Roy among others.