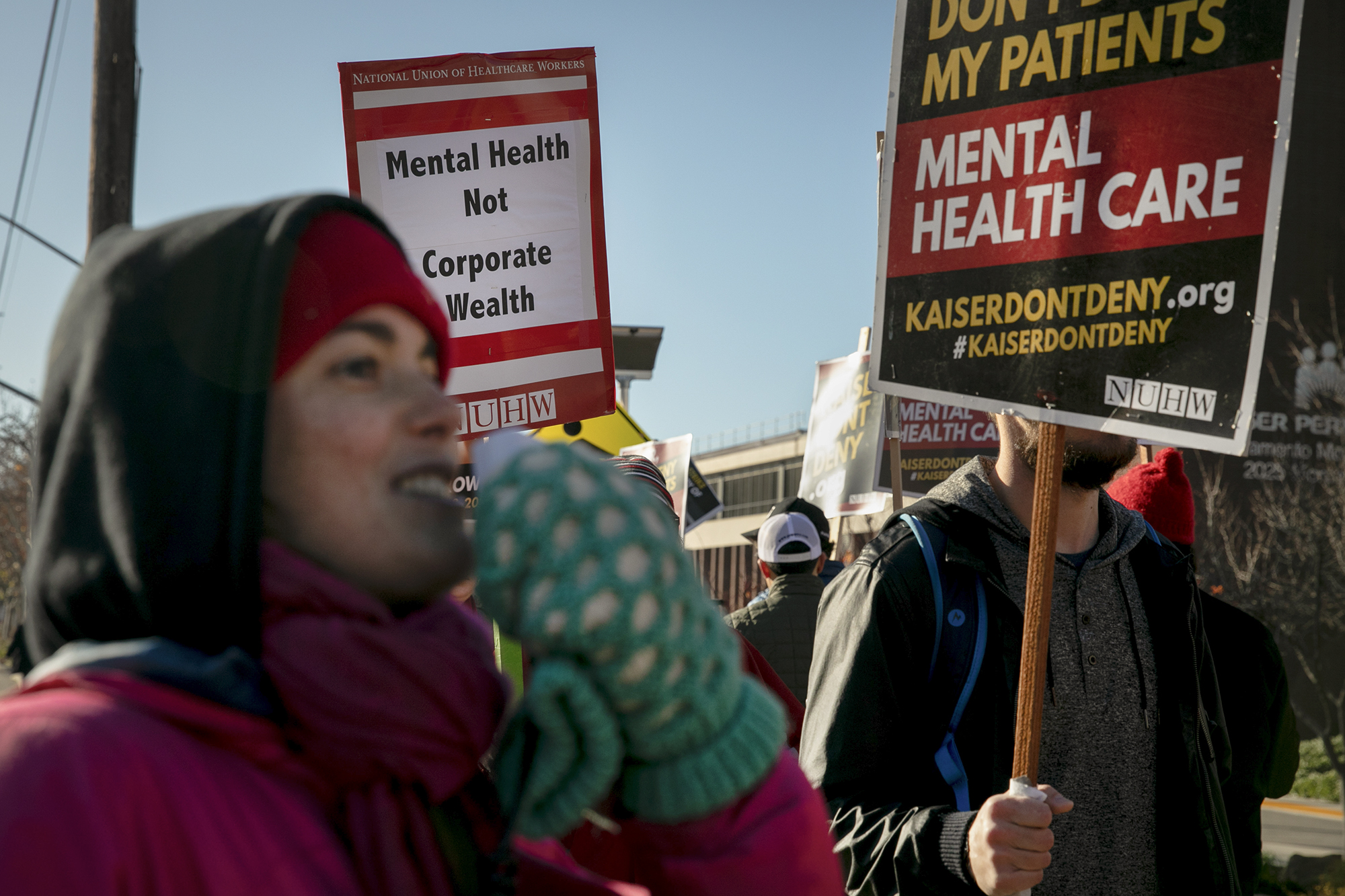 Read this article in Spanish.

Among the reasons cited by union representatives are the high workload of clinicians and patients waiting weeks or even months for mental health care. Even as demand for care has increased, frustrated therapists are abandoning the healthcare giant, said union spokesman Matt Artz.

“We do not take the strike lightly,” said Sal Rosselli, president of the National Union of Health Care Workers, which represents clinicians, in a prepared statement, “but it is time to take a stand and make that Kaiser is spending some of his billions on mental health care.”

Deb Catsavas, senior vice president of Kaiser Permanente, said in an emailed statement that the threat of a strike is “unfortunately, a bargaining tactic this union has used every time it negotiated a new contract. “.

Calling the union’s tactics “unethical and counterproductive,” Catsavas said the two sides were “close to an agreement” and that Kaiser is “committed to negotiating in good faith to reach a fair deal.” and fair that is good for our therapists and our patients. ”

The union and Kaiser have another bargaining session scheduled for Friday, Artz said. He said Kaiser Northern California mental health workers, including psychologists, social workers, therapists and addiction counselors, have gone on strike six times for short periods in the past 4 years. It would be their first indefinite strike, which means the union is not setting an end date.

In a letter sent Sunday to the Department of Managed Health Care, which regulates health plans, the union called on the department to ensure Kaiser continues to provide mental health care to patients during the strike, rather than cancel appointments.

Amanda Levy, deputy director of health policy and stakeholder relations for the Department of Managed Health Care, said the department continues to monitor access to services for patients affected by the strike.

“The law requires health plans to provide enrollees with medically necessary care under timely access and clinical standards at all times, including during an employee strike,” she said in a statement. sent by email.

Sarah Soroken, who worked as a therapist at Kaiser Fairfield for six years, said access to treatment deteriorated during her time there. She said the pandemic has made the situation worse, with more patients seeking care even as more therapists leave.

“Right now we’re at a crisis point,” she said. “Things are worse than ever.”

Kaiser isn’t the only provider facing a shortage of mental health practitioners. Shortage complaints have also been raised by counties, school districts and state nonprofits. Artz said some Kaiser suppliers are recruited to work in telehealth start-ups, where the money is good and work-from-home options abound. Others go into private practice.

The union says the rate at which mental health clinicians are leaving Kaiser has nearly doubled in the past year, with 668 clinicians leaving between June 2021 and May 2022, compared to 335 clinicians the previous year. In a union survey of 200 of these departing clinicians, 85% said they left because their workload was unsustainable or they felt they did not have enough time to complete the job, and 76% said that they were unable to “treat patients according to standards of care and medical necessity.”

Some of these concerns are not new, although the pandemic has exacerbated them.

At a hearing this spring, lawmakers raised concerns about the state’s plans to move 200,000 more Medi-Cal members to Kaiser, given mental health treatment issues. Democratic Sen. Scott Wiener of San Francisco has introduced a bill to dramatically increase fines for health plans that fail to follow state laws.

Another Wiener bill, SB 221, which took effect July 1, aims to ensure that patients don’t face long delays for follow-up treatment through commercial providers like Kaiser. Specifically, the new law, which was sponsored by the union, requires that patients receive follow-up mental health care within 10 business days unless a provider determines that a longer wait will not harm the patient.

At a virtual press conference in late June, mental health practitioners at Kaiser said the healthcare giant was nowhere near meeting those demands.