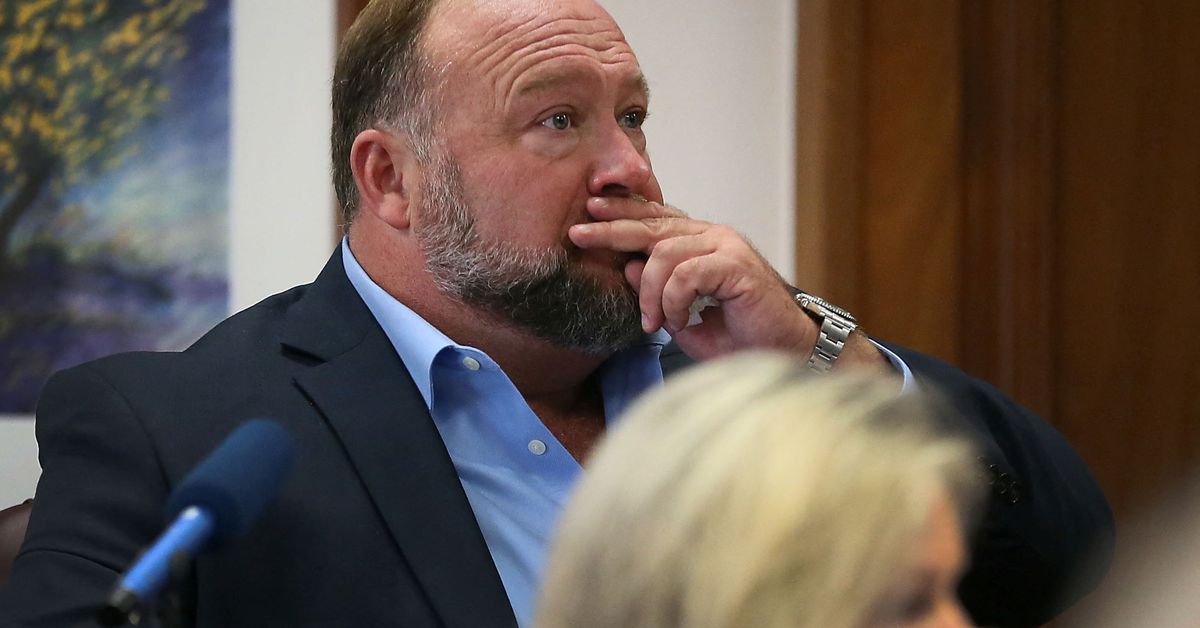 Aug 5 (Reuters) – Lawyers for the parents of a child killed in the 2012 Sandy Hook mass shootings have begun presenting evidence of Alex Jones’ wealth as they seek punitive damages in more than $4.1 million awarded by a Texas jury for the US conspiracy theorist’s false claims that the massacre was a hoax.

Forensic economist Bernard Pettingill gave evidence on Friday on behalf of the parents of slain 6-year-old Jesse Lewis, who say they suffered years of harassment after Jones spread lies about the murder of 20 children and six staff members at Sandy Hook Elementary School in Newtown, Connecticut on December 14, 2012.

“He promulgated hate speech and misinformation, but he made a lot of money and he monetized it,” Pettingill said, describing Jones as a “very successful man.”

A 12-person jury said Thursday that Jones should pay the parents $4.1 million in compensatory damages for spreading conspiracy theories about the massacre. The verdict follows a two-week trial in Austin, Texas, where Jones’ Infowars radio show and webcast is based.

Neil Heslin and Scarlett Lewis testified that Jones supporters harassed them for years in the false belief that the parents lied about their son’s death.

Jones sought to distance himself from conspiracy theories during his testimony, apologizing to parents and acknowledging that Sandy Hook was “100% real”.

Jones’ company, Free Speech Systems LLC, filed for bankruptcy last week. Jones said on a Monday show that the filing will help the company stay on the air while it appeals.

The bankruptcy filing stayed a similar defamation lawsuit filed by Sandy Hook’s parents in Connecticut where, like in Texas, he has already been found liable.