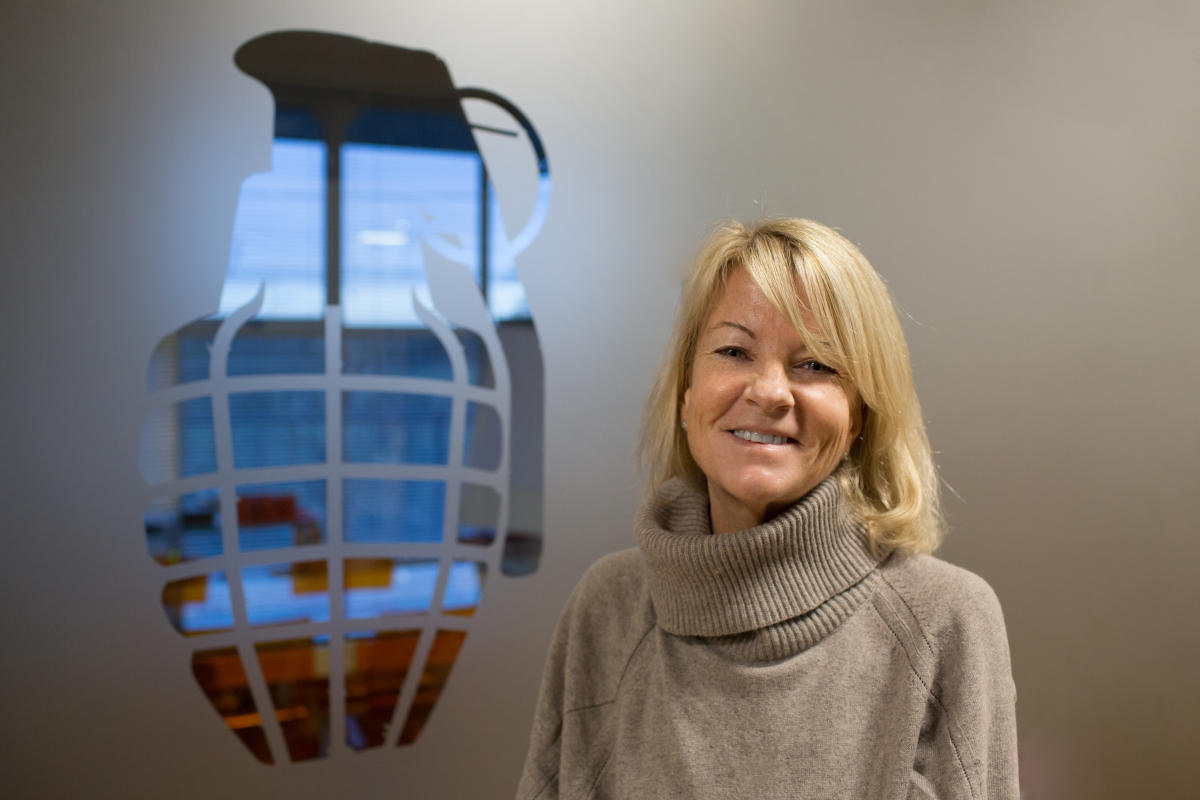 UK performance nutrition company Grenade was launched in 2009 on a shoestring budget by husband and wife team Juliet and Alan Barratt. His Carb Killa line changed the business and Granada was a regular on the Sunday Times Fast Track 100. In 2021 Cadbury owner Mondelez took a majority stake in Granada, which valued the business at £200m sterling.

Juliet now supports the FEBE Growth 100launched to challenge existing clichéd business awards and celebrate 100 of the UK’s founders who have driven their businesses to strong sales revenue and consistent profits through the pandemic.

What really attracted me to Mr. Hamilton was the way he had been in business before. I was only 15 but I remember doing an equity project and following Jaguar Land Rover. It was quite fascinating to watch the stocks go up and down and it gave me an early love for business.

Business studies in school were so different from geography or physical education. I learned by ‘doing’ and because we had the chance to choose a company and watch it grow, it gave me a real-world insight. Mr. Hamilton was my first source of motivation.

We saw the stocks change daily and it was far more exhilarating than opening a textbook or learning an algebra calculation that I was never going to use again. He was the first person to integrate the outside world into school.

It was also a matter of risk. He showed that the value of money can go up and down and the same is true in business, as well as over the long term.

I then got a geography degree and when I left in 1995 I did a PGCE at Exeter to become a teacher and became head of sixth form. Mr. Hamilton was relatable, spoke a lot of common sense and had life experience. That’s one of the reasons I taught for so long – he made me realize that if you had common sense, you could teach well and enjoy it more.

I met my future husband Al in Birmingham on a drunken night out in 2003 and we got married in 2004. I went to work with him at a sports distribution company a year later and that’s when It was there that the idea of ​​Granada was born.

The brand was launched in 2010 – having been patented in 2006 – where we just had a clear vision of our product. Our general business plan was that we wanted to be the Red Bull of sports nutrition and that’s it. Still, we wanted a global brand to dominate a category.

After launching with a credible brand, we started making more products. It was the key. There was no social media at the time so we worked with trusted distributors, who took us to task because we had already built relationships. People thought our products worked like you do with energy drinks. Word of mouth then took hold.

I retired from the business in 2019 – Al is still managing director after the deal with the owner of Cadbury last year – and now work as a non-executive and chairman for other food brands for help on their journey. This is where FEBE is so exciting, because we speak with entrepreneurs who are on the same path to growth and profitability.

I celebrate all entrepreneurs and I’m not a big fan of the founding women’s label. If you are good at what you do and work hard, everyone deserves success. We’re really inventive in the UK and since the pandemic, businesses that weren’t online have changed their ways. Entrepreneurs and businesses are really good at changing and adapting and are not ruled by bureaucracy. They can create a community and make people feel part of the brand.

Watch: Why do we still have a gender pay gap?