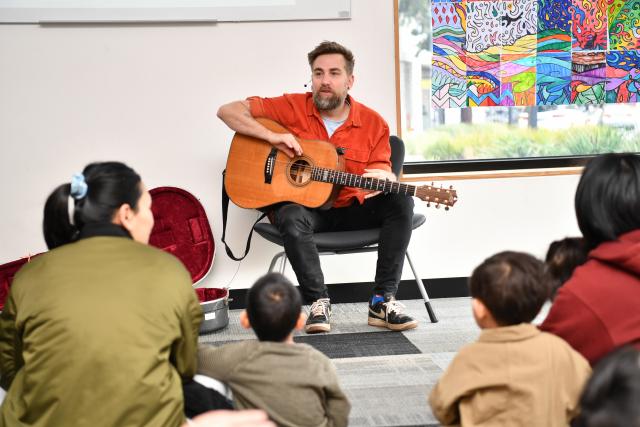 It’s not every day that the children of the Point Cook Library have their storybooks read to them by an award-winning singer, songwriter and author.

Josh Pyke brought his guitar, children’s books and sense of humor to the Wyndham on Friday, June 24.

Although the crowd of toddlers and children aren’t the typical age of audience members at a concert, Pyke said performing for younger audiences is just as fun.

“The kids are so honest and genuine in their responses and their interactions, it’s such a great experience,” he said.

Pyke wrote her first children’s book and had it published in 2019, and says there are many differences between writing music and writing a book.

“Writing songs is more about waiting for inspiration to strike and I never know when I’m going to write a song,” he said.

“Writing a children’s book is more like you think of an idea and sit down and make it happen in an academic way, so it’s a bit more of a structured process.”

However, regardless of age, there’s one thing Pyke hopes his audience feels during a performance.

“Together, whether or not you’re doing an adult show or reading children’s books, the idea of ​​everyone being in one space, having a shared experience is what I’d like them to go back, especially after COVID, I think it’s something we should all cherish,” he said.