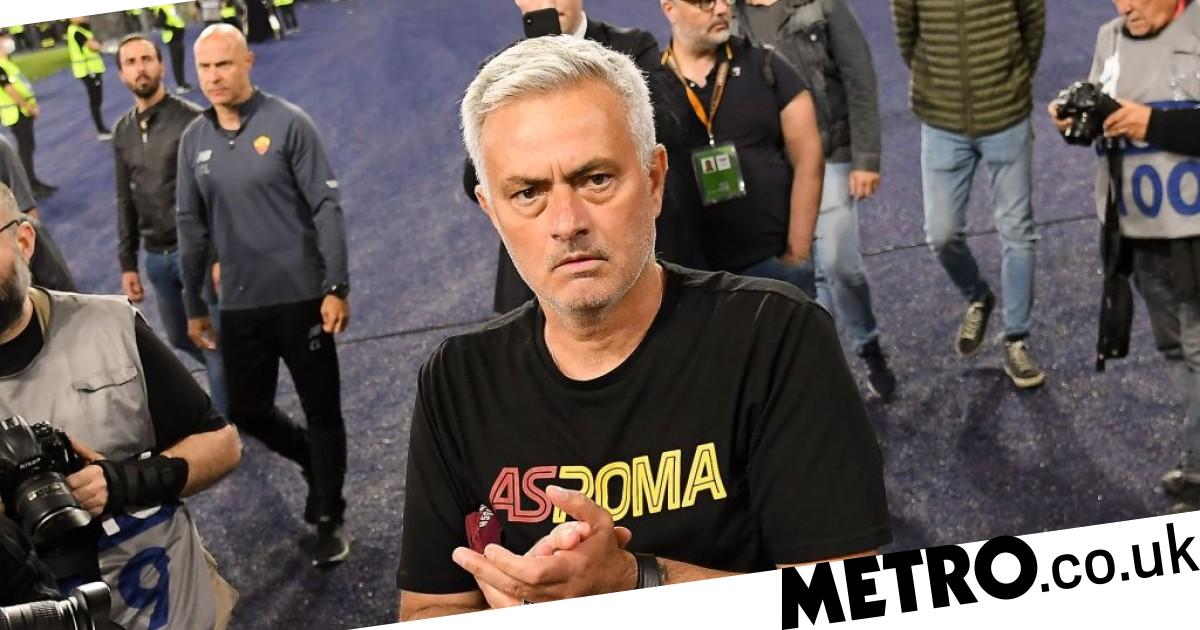 Jose Mourinho has suggested Manchester United shouldn’t win trophies and that the pressure on him to win silverware – both at Old Trafford and Tottenham – was unrealistic.

United have not won the Premier League title for nine years, since Sir Alex Ferguson’s last campaign in charge in 2013, while their only other trophy outside of Mourinho’s reign was won by Louis van Gaal in the FA Cup in 2016.

The Dutchman was sacked soon after and replaced by the self-proclaimed Special One, who would go on to win the Community Shield, Carabao Cup and Europa League – which is the last trophy United have won in five barren years.

Mourinho was eventually sacked in December 2018 with United 11 points from the top four and suffered a similar fate in his next job at Spurs, failing to qualify for the Champions League and dismissed just days before. the Carabao Cup final.

It has led to suggestions the 59-year-old may be too out of date for modern football, but he enjoyed something of a renaissance with Roma and led the Italian side to the Europa Conference League final – their first European final in 31 years. .

Carlo Ancelotti, who is three years older than his Portuguese counterpart, faced similar criticism to Mourinho when he was at Everton but is now in the Champions League final with Real Madrid and has already won the title in La Liga.

When asked if he and Ancelotti had silenced their critics, Mourinho instead turned the question around and suggested the issue was never with their coaching ability, but rather the clubs they were at.

He explained: “I believe the problem with Carlo Ancelotti was that when you coach Everton you are not about to win the Champions League!”

“And with me, you know, people saw me doing jobs where they thought I could win trophies, but those weren’t jobs where we had to lift trophies.

“But when you have such a winning career on a cyclical basis so to speak, you can expect that, people can say that.

‘Personally, I’m not worried about it [being replaced by younger coaches]. I don’t think and focus on generations, I focus on quality.

He continues: “It’s a question of quality, motivation, passion. Without passion, you are finished. Without pressure in the preparation for the big matches, you are done. I know myself very well, I know Carlito very well too, but there are other examples we could give.

“But we’ll call him when we want to stop, and I’m afraid it’s going to be a long time before I say it’s over!”

Roma may have missed out on a Champions League place thanks to their position in Serie A and could finish as low as eighth, but Mourinho is enjoying his time in the Italian capital – although he laughed off suggestions he could be the Roma equivalent of Sir Alex. Ferguson.

He said: “Sir Alex Ferguson coached Manchester United for over 20 years, I believe. I’m 59 at the moment, so plus 20 would be 79 – probably a little too much! It would be difficult. Can -to be until I am 70 years old.

“But I understand your question. I really like it here. You can see it, you can feel it. I accepted a project whose profile was different from the previous ones, it was a three-year project.

‘We’ll see after. I’m going to stay here for three years, I don’t even think of leaving earlier.

“But sometimes over time projects get closer to what you think and sometimes they move away from it, but football is today. So now I’m here, next season I’ll be here, and then we’ll see what happens. This is the most honest way I have to answer your question.

AFTER : Rio Ferdinand apologizes to Jose Mourinho and says he was right about Manchester United