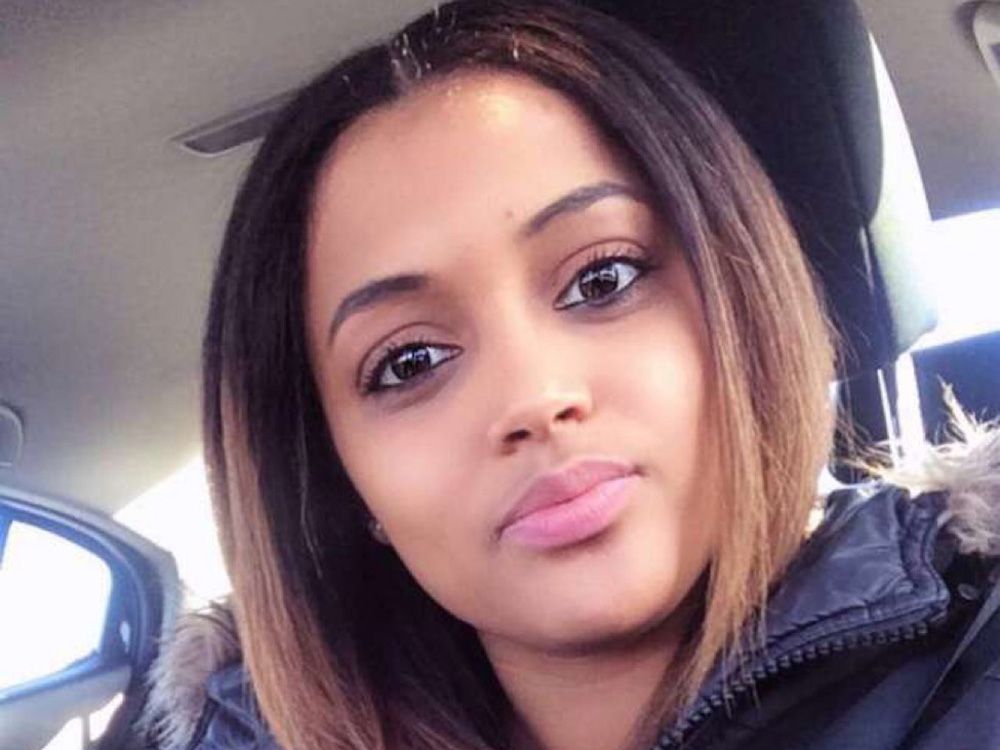 She knows it won’t happen — police found Gabriel’s body in her Heatherington townhouse Monday morning and have charged the father of her two young children with second-degree murder.

But, when you spend hours on FaceTime with someone almost every day, as Norlande Tassy did with Gabriel, it’s hard to accept they’ll never call again.

Gabriel was a friend who could be counted on to speak his mind with humor and no filter. She sang and smiled, even at “the hardest of times,” Tassy said. She was sweet, but stubborn, and, although she was self-reliant, had a tendency to put the needs of others before her own.

For about six years, on and off, Gabriel had been in a relationship with the man accused of killing her: a security guard named Jean Fenelon, now 40. Tassy and Gabriel’s brother, David Gabriel, both said that he was controlling and manipulative and that Gabriel had long been trying to leave the relationship.

None of the allegations Fenelon is facing have been tested in court.

Fenelon’s lawyer told this newspaper he was unable to provide comment for this story.

In November, Gabriel moved into a hotel with her children — now ages one and two — and was ultimately offered the Ottawa Community Housing unit she was living in at the time of her death. Not long after moving in, Tassy said Gabriel went back to Fenelon, who then joined them at the family’s new home.

“He moved in to her new place, where she was trying to escape him.”

For nearly two years, Tassy said she’d been trying to help her friend get out of the relationship. Tassy lives in New Brunswick, and there was a standing invitation for Gabriel to come back with her when she visited Ottawa. It was something the women had talked about doing a few weeks from now: packing up Tassy’s car and driving back with Gabriel and her kids.

“Even if it was just temporary, just to get them away for a little bit, get her head cleared, get her a game plan and get things figured out. To allow her to breathe for five minutes.”

The two young women were Jehovah’s Witnesses growing up and met through the church they ultimately left as older teenagers. They were inseparable — becoming blood sisters, finger prick and all, at age 14 — until they both left their family homes a few years later, and they drifted in and out of each other’s life for a few years.

Tassy said Gabriel, who didn’t have social media and had changed phone numbers, tracked her down in June 2020. After Tassy discovered her old friend was now a mother, they started a habit of daily calls and FaceTimes that often involved just keeping one another company, with no words, but a window into the life of the other.

Tassy got to watch her friend raise her children, who she planned to stay home with until they were both in school. Gabriel had hoped to continue his own education at that point, with nursing as one area of ​​interest.

David said his younger sister was a caring and patient person who’d give whatever she could to make someone happy and smile. She was feisty, though, and stubborn, for sure: “They tell her, ‘Don’t do this,’ but she wants to try it for herself.” They were born in Gambia and moved to Canada in 2007, and he remembers the day she scaled a mango tree … only to have the branch break beneath her.

In hindsight, David said he wished he’d been more persistent in intervening in his sister’s relationship, “and just made sure that she was actually OK, not just pretending to be OK.”

On Saturday, two days before police were called about Gabriel’s body, Tassy said her friend kicked Fenelon out of the house. She was on the phone with Gabriel when he came back inside the townhouse, and Gabriel started screaming at him, Tassy recalled. Then the sound cut out, and from that point on Tassy wasn’t able to reach her friend.

“I’ve heard them argue before. It didn’t register … Nothing registered that maybe she could have been in danger,” Tassy said. “To me… it was just another phone call.”

For Tassy and David, the loss still felt unreal on Friday, and the fate of Gabriel’s children was their top-of-mind concern.

Tassy, ​​meanwhile, still finds herself waiting for her best friend to call.

“Just to have a normal (day),” she said, on the edge of tears. “Just to hear her sing. Anything.”