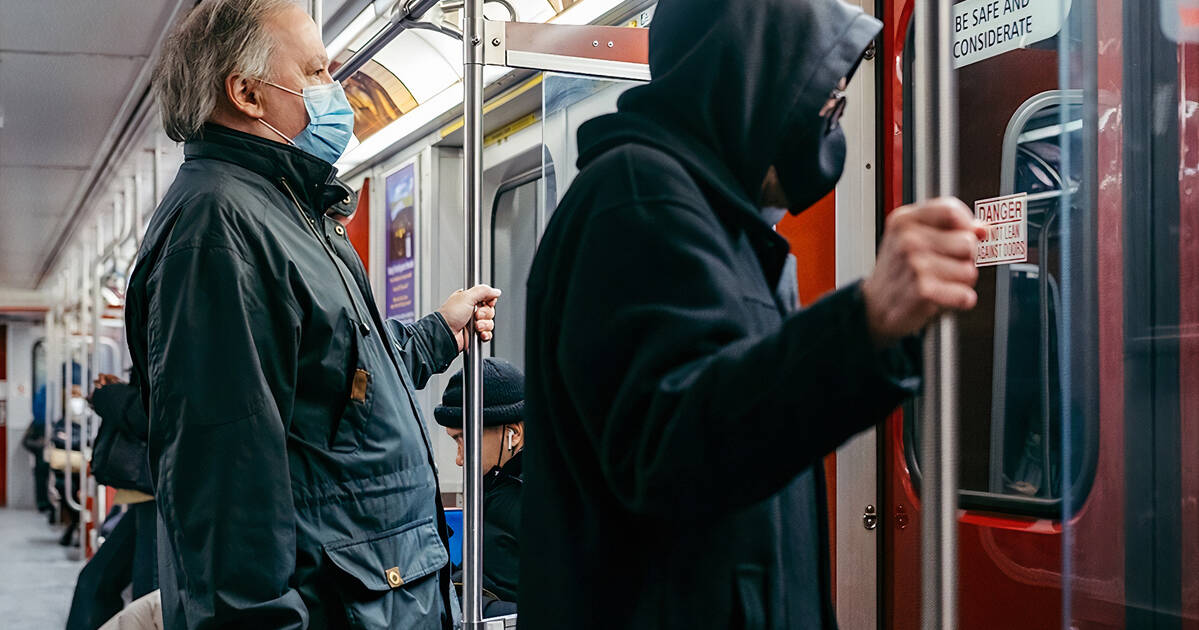 During his first COVID update announcement in more than a month, Ontario’s top doctor finally acknowledged this afternoon that we are in the midst of a sixth wave of a global pandemic that seemingly will not end.

“In the last few weeks we have seen an increase in the percent positivity, an upward trend in wastewater surveillance and a rise in hospitalizations,” said Ontario Chief Medical Officer of Health Dr. Kieran Moore at Queen’s Park on Monday when announcing expanded PCR testing availability and antiviral treatments.

“These trends are likely to continue for the next several weeks but there are actions that we can take to help manage the impact of this wave such as layering the personal protective measures we have adopted so well over the last two years, even when they may not be legally required.”

He then put forth a strong and significant recommendation for all Ontarians to consider when going out in public: “Continue wearing a well-fitted, three-layer mask or use of a medical mask in all public indoor settings.

Kieran Moore opens by saying this is a sixth wave, it will continue for several weeks, you should wear a good mask indoors and especially in certain high-risk places, and by the way he personally will not mandate that this happen at all

Moore is far from the first medical expert or even public health official to come out in favor of masking as a form of protection post-mandate, but the doctor’s words seemed more decisive today than they were earlier this year, when he merely cautioned everyone to assess their own risks and mask up by choice if desired.

While he stopped short of announcing any new (or reimplementing any old) mask mandates in light of the recent surge today, he also warned that Ontario “may need to resume a requirement for mask wearing in indoor public spaces if a new variant of concern emerges .”

When asked if the province still plans to scrap mask mandates (and all requirements) at high-risk settings such as hospitals, long-term care homes and public transit on April 27, the doctor said the government is “looking at extensions” for all of those high-risk facilities.

“We’re … absolutely considering maintaining it,” said Moore, who also stated that the sixth wave could last well until the end of May 2022.

“Our team’s drafting it and will present that to government and the government will make the final decision but that, to me, that makes tremendous sense to maintain it.”

And with that, the government puts an end to Dr. Moore’s first news conference in almost 5 weeks. pic.twitter.com/ZSY6KucsDW

Moore’s (strangely brief) comments alone aren’t enough to suggest that mask mandates are returning to Ontario as a result of the sixth wave (which, incidentally, began shortly after the province lifted its face covering rules on March 21.)

The outlook gets murky, however, when his words are coupled with those made by Health Minister Christine Elliott and Ontario Premier Doug Ford during separate press events on Monday.

“I think it really comes down to common sense. We’ve been through this for two years. When you walk into a real crowded room, throw the mask on,” said Ford at a press conference in Toronto this afternoon when asked about the potential return of mask mandates

“No one’s gonna force you, but I would recommend it. Just put the mask on.”

Elliott, for her part, said on Monday (per the CBC) that officials will make their masking decisions based on advice from medical officers of health such as Mooore.

“Many people are choosing to continue wearing their masks, that is their own preference,” said the minister. “That is something that we will await [the top doctors’] guidance on and if it’s a requirement that they recommend that we return to mask wearing, we will.”

Premier Ford’s comment on masks at news conference: “I think it comes down to common sense, we’ve been doing this for 2 years, if you walk into crowded room throw mask on.” He urges everyone to be cautious. #onpoli

Meanwhile, pressure continues to mount upon all three officials online, with more and more people calling upon them to bring back mask mandates and other public health restrictions to stop the surge of Omicron variant BA.2.

For now, Moore recommends instead that people ensure they are vaccinated and keep up with booster doses as available.

In related news, Philadelphia became the first US city to reinstate its own mask mandates on Monday in response to rising case counts and hospitalizations.