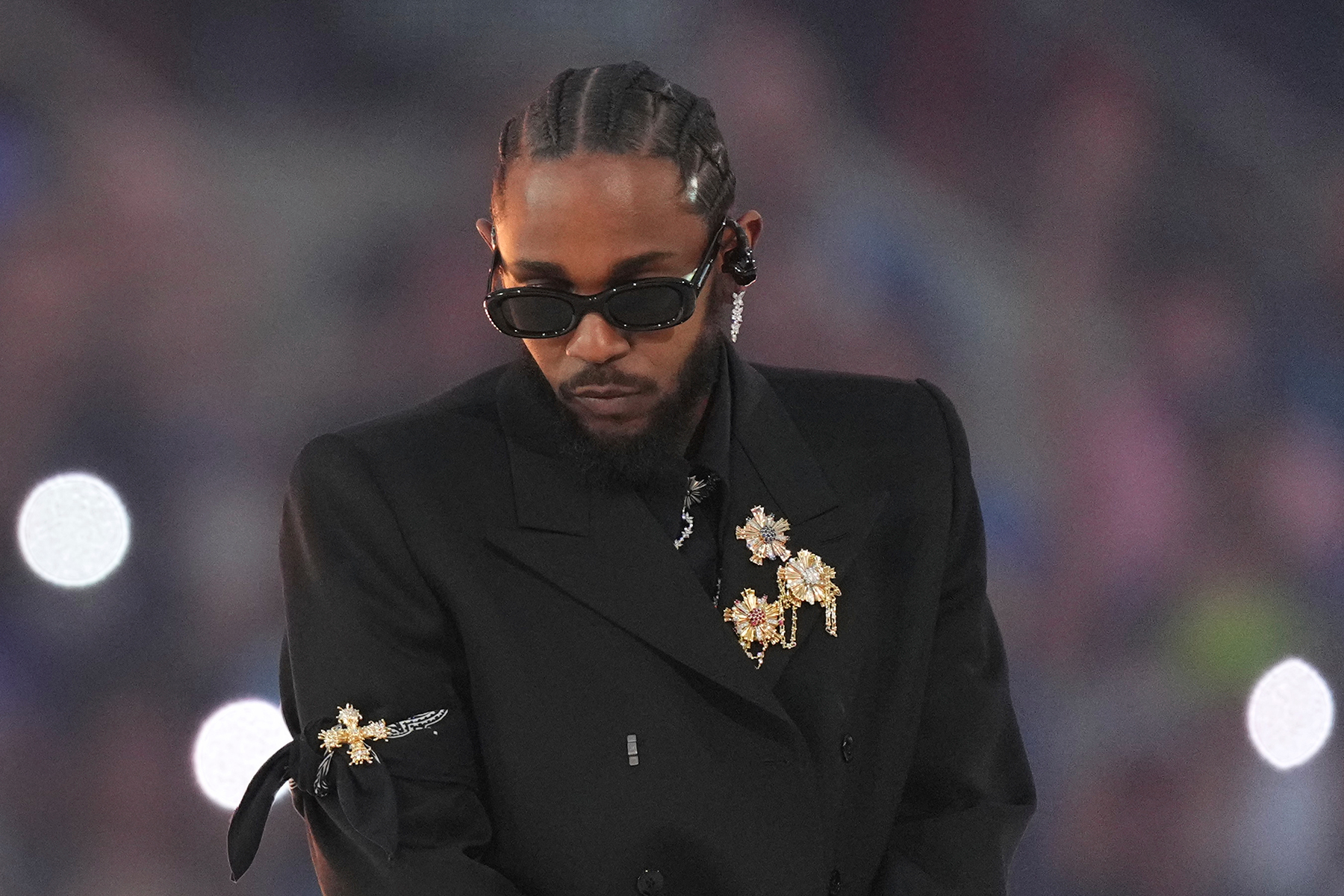 Kendrick Lamar is days away from returning with his highly anticipated album Mr. Morale and the Big Steppers — and the rap mogul is teasing his release with a new photo that suggests fans could be getting more than just an LP when he arrives on May 13.

On Tuesday, the rapper uploaded a photo of himself holding a pair of CDs and a book in one hand as he crossed his legs on a Persian rug. The burgundy book is seen engraved with the title of the project, as well as Lamar’s full name (as opposed to Oklama’s nickname he used in the preparation of the album). As for the two CDs: one bore the word “Steppers” (referring to big steps) and “master copy” on it, while the second read “Moral” (referring to Mr. Morale), each handwritten.

Lamar announced the arrival of his album with a press release featuring his company pgLang’s letterhead and signed with his nickname Oklama. The letter reads, “The following statement was released today by Oklama through his company pgLang at 11 a.m. PT in Los Angeles CA: Album: ‘Mr. Morale & the Big Steppers.’ Release date: 05/13/2022. All factual information for this release will come directly from this source only.

A note at the bottom of the letter added: “Appreciate your patience.”

Lamar is using his Oklama.com website to provide fans with sporadic details as he completes his first record since 2017. Slim. The latest update came in August, when he announced that he would be making the new LP with Top Dawg Entertainment.

“I feel joy to have been part of such a cultural imprint after 17 years. Struggles. Success. And above all, the Brotherhood,” he wrote at the time. “May the Most High continue to use Top Dawg as a vessel for candid creators. As I continue to pursue my life’s calling.

Lamar also shared how his experiences would influence the project. “Love, loss and grief have disturbed my comfort zone, but the glimmers of God speak through my music and my family,” he wrote. “As the world around me evolves, I reflect on what matters most. The life in which my words will land next.

Mr. Morale and the Big Steppers marks Lamar’s fifth album, not counting his work on the Black Panther album in 2018. He has since appeared on songs by Beyoncé, Busta Rhymes and Baby Keem, among others. (He won a Grammy for his work with Keem on “Family Ties.”)