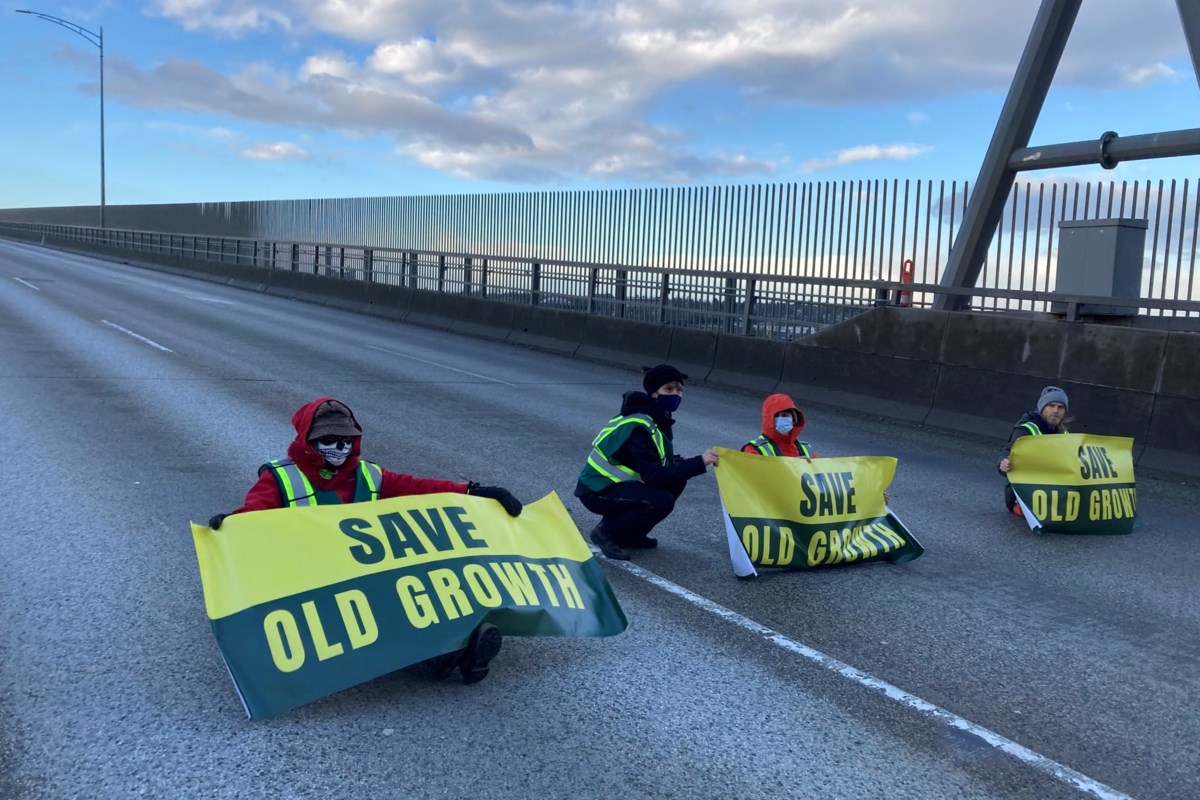 The Ironworkers Memorial Second Narrows Crossing has been blocked Monday morning (April 4) by protesters who are wanting the provincial government to immediately end all old-growth logging in British Columbia.

The bridge was blocked around 8 am by about three Save Old Growth protesters who sat in southbound lanes, blocking vehicle access to Vancouver from North Vancouver.

In a statement released by the protesters early Monday morning, Save Old Growth said that after actions in January that shut the Trans-Canada Highway and the Ironworkers bridge which resulted in 54 arrests, “Save Old Growth had paused to give the government time to pass legislation, however there has been no action or statement from the government and so disruption of the highway will resume at an escalated intensity.”

“On our current path, we are looking at the destruction of our society, the economy and the loss of many, many more lives, right here in BC, in the next 10 to 20 years. The government has known this for decades and done nothing to safeguard our future,” stated Julia, a spokesperson for Save Old Growth, in the release.

Traffic along the Highway 1 was backed up The Cut, through to the Lynn Valley exit.