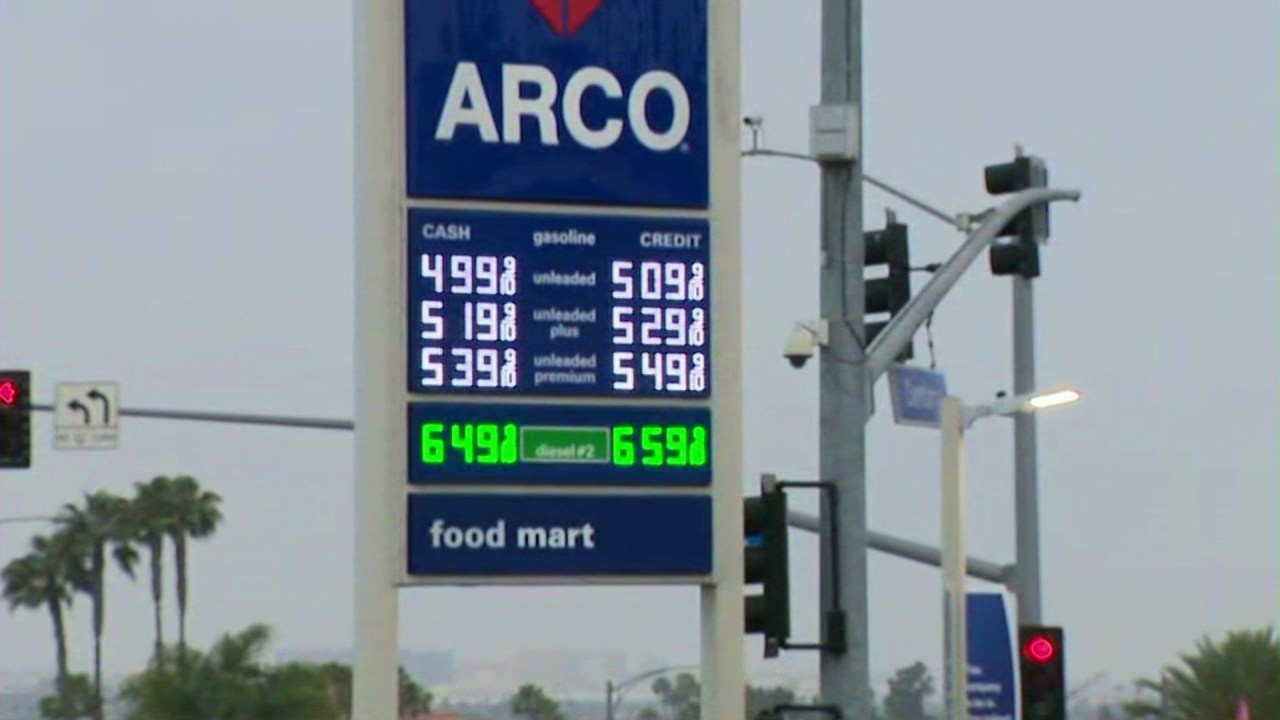 An Arco gas station in Inglewood was offering $4.99 for a gallon of regular unleaded Wednesday, nearly 80 cents less than the average for the LA-Long Beach area.

The station is located at the intersection of Crenshaw and West Century Boulevards.

“That’s pretty good man. Saving money… you start spending on something else, something better,” said a customer who was filling up on Wednesday morning.

An official overnight told KTLA that low prices were in place to help the community during tough financial times.

While the bargain at the Inglewood Arco is one of the best in the area, prices have also fallen at other locations.

Overall, gasoline prices in the LA-Long Beach area are 30 cents lower than they were a month ago.

Unfortunately, today’s prices are even higher than a year ago, when a gallon of gasoline cost $4.04.

Oil supply problems due to Russia’s war in Ukraine are blamed for rising gas prices.