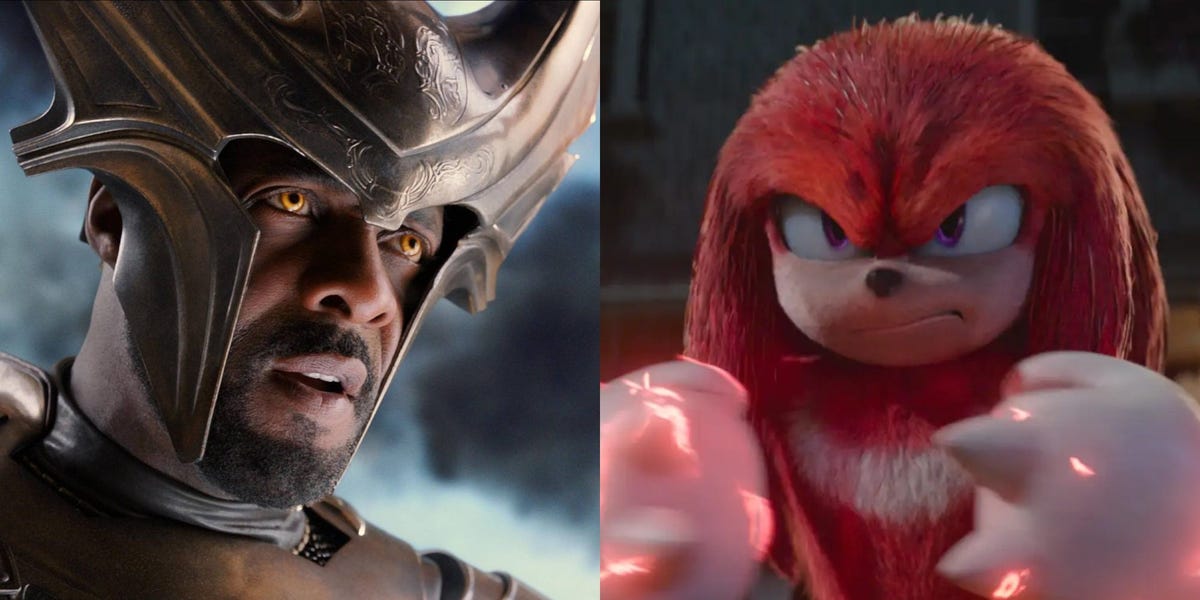 Idris Elba said that there were some unintentional similarities between his voice for Knuckles in “Sonic the Hedgehog 2” and his “Thor” character Heimdall.

The actor spoke with The New York Times about developing his character for the “Sonic the Hedgehog” sequel. Knuckles, a character from the video game series who appears for the first time in the film, is an echidna warrior who teams up with Jim Carrey’s Dr. Robotnik to pursue Sonic (voiced by Ben Schwartz) and a power known as the Master Emerald.

According to the actor, his Knuckles bears some resemblance to his character in the Marvel Cinematic Universe: Heimdall, the guard of Asgard’s Bifrost Bridge in the “Thor” films.

“There’s a sense of symmetry between those two voices,” Elba told The New York Times. “Look, I’ve got a deep voice and I could just use my voice as it is. I didn’t consciously want to sound like Heimdall too much. But probably, yeah, they sound exactly the same.”

The first preview of Knuckles’ voice came when he told ScreenRant in October 2021 that while he couldn’t say much about the character at the time, he definitely wasn’t trying to play the character “sexy.” Elba told the Times that his first instinct was to try and play the character with a “squeaky voice” for humor. However, he said that it was quickly shut down.

Rather, as the actor told the New York Times, Knuckles’ origin helped him to develop the character’s voice.

“He’s a warrior from his tribe and English is not their first language,” Elba said. “He doesn’t have a sense of humor in the same way Sonic does. He’s very dry and matter-of-fact, and he uses English just to get his point across and move on. He hasn’t got time for niceties. We used that construct as a way to start to develop what he sounds like.”