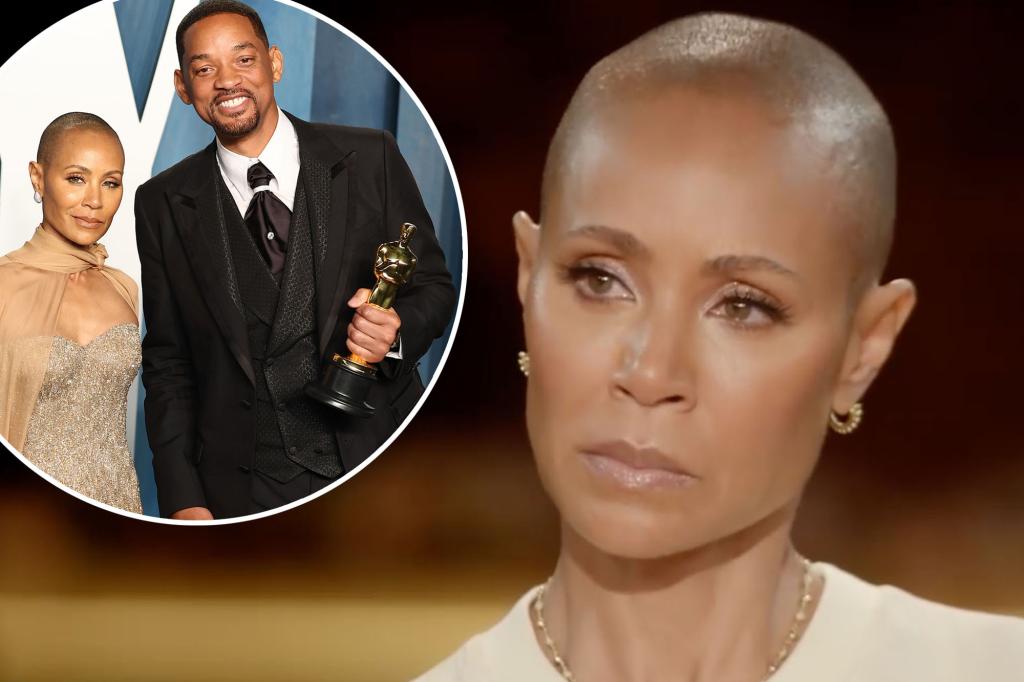 Jada Pinkett Smith is emotional after recording a new episode of ‘Red Table Talk’, telling fans, “You never know what people are going through.”

The 50-year-old actress took to Instagram on Tuesday to share a lengthy written message, along with a teaser for her show’s next episode.

“There is so much more behind all of us that our assumptions about each other and our perceptions cannot meet,” Pinkett Smith proclaimed.

“When we think we know . . . we block our chance to really see someone who may need to be seen in a different way than how they present themselves,” she reflected.

The star was specifically referring to her “Red Table Talk” interview with April Simpkins – the mother of the late Miss USA Cheslie Kryst – which is set to air on Facebook Watch on Wednesday.

However, her words could be taken as a subtle message to fans amid rampant speculation about the state of her relationship with husband Will following his Oscars meltdown.

Indeed, the Instagram post is the most significant the actress has publicly written since her husband stormed the stage at the March 27 ceremony, spectacularly slapping comedian Chris Rock in the face after making a joke at the expense of Pinkett Smith.

The Simpkins beauty queen’s daughter, Kryst, 30, plunged to death from her apartment building in Manhattan in January, following a battle with severe depression.

Kryst was a prominent contributor to the TV show ‘Extra’, with her death sparking an outpouring of grief from stars including Billy Bush and Gayle King.

“I think what shocked so many people was when you saw her on TV, she was smiling, she was bubbly,” Simpkins says. “It was Cheslie, but Cheslie was also struggling with depression, which she was hiding.”

“Have you seen any preliminary signs?” Willow Smith asks the distraught mother, who replies, “I did it, I knew it, but I didn’t know the seriousness of it.”

“She was taking all the right steps. . . see a counsellor, sleep well at night,” she said. “She knew all the steps to follow.”

Simpkins also revealed that her daughter had previously attempted suicide, but seemed to be doing better before her tragic death.

In February, Simpkins released a statement on his daughter’s death saying, “I have never known pain as deep as this. I am changed forever.

“You were more than a girl – you were my best friend. Talking to you was one of the highlights of my day. Your smile and laughter were contagious.

The ‘Fresh Prince of Bel-Air’ star was recently spotted in Mumbai, India amid reports that he still hasn’t apologized to Rock for the on-camera assault.