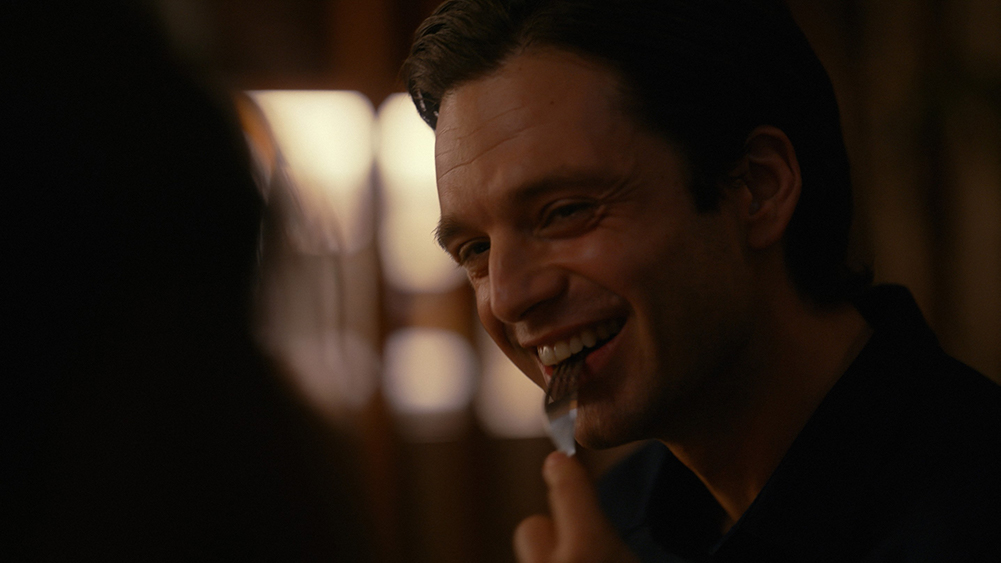 An exciting and welcome twist in the Emmy race for Outstanding TV Movie has arrived, as Mimi Cave’s horror-comedy “Fresh,” starring Sebastian Stan and Daisy Edgar-Jones, is submitted for Primetime Emmy consideration.

This offers an exciting opportunity in a category that hasn’t garnered much excitement over the past couple of years. While hyped titles like “Bad Education” and three consecutive episodes of “Black Mirror” dominated, the category’s soulful purpose seemed to be lacking. Last year’s winner, “Dolly Parton’s Christmas on the Square,” was the only film of the other five nominees to have another Emmy nomination (for Outstanding Choreography for Scripted Programming, which it won for Debbie Allen ).

Since the television movie and limited series categories were separated in 1992 (remerged in 2011 before being separated again in 2014), there has never been a traditional horror film nominated in the category. So while the category is full of contenders such as HBO’s “The Survivor” by Barry Levinson and Netflix’s animated feature “The House” vying for recognition, perhaps “Fresh” could be the first. of the kind ?

The switcharoo also highlights the year of the banner for its star Sebastian Stan, who will now have another shot at gold for his work as Steve, the charming and cannibalistic serial killer – another strong release. alongside his turn in the “Pam and Tommy” miniseries, also from Hulu. While the Outstanding Limited Series and Outstanding TV Movie categories are separated at the Emmys, actors from both sides compete in the acting categories. However, while his work in “Fresh” is undoubtedly entertaining, the Romanian-born artist has a better shot for his portrayal of Mötley Crüe drummer Tommy Lee.

The 39-year-old’s alluring talents have been a fascinating journey to watch unfold in Hollywood over the past decade. While debuting as drug addict Carter Baizen in the classic ‘Gossip Girl’ series, he produced incredible performances in films such as ‘I, Tonya’ (2017) and ‘Destroyer’ (2018). His most recognizable character is Bucky Barnes, aka the Winter Soldier in the Marvel Cinematic Universe, who most recently appeared in the Disney+ drama series “The Falcon and the Winter Soldier.”

Although Stan has unfortunately received few accolades so far, aside from a Critics Choice nomination for “Political Animals” in 2013, he might finally be within reach for his first major award nomination. He also had a role in Benjamin Caron’s directorial debut (“The Crown”), “Sharper,” alongside Julianne Moore and John Lithgow, to be released later this year by A24 and Apple Original Films.

“Fresh” is another potential Emmy vehicle for Stan’s co-star Daisy Edgar-Jones, best known for her jaw-dropping work in the “Normal People” miniseries and now alongside another superhero actor. MCU, Andrew Garfield, in FX’s crime thriller. “Under the banner of heaven.” Additionally, Edgar-Jones has an upcoming role in Olivia Newman’s adaptation of Sony Pictures’ “Where the Crawdads Sing,” produced by Reese Witherspoon and Lauren Neustadter.

Written by Lauryn Hahn, “Fresh” was acquired by Searchlight Pictures ahead of its world premiere at the Sundance Film Festival in January. In March, the film was released on Hulu and received positive ratings from critics and audiences.

Adam McKay and Kevin J. Messick produced the thriller. McKay is a two-time Emmy winner for Outstanding Live Variety Special (2019 for “Live in Front of a Studio Audience: ‘All in the Family’ and Norman Lear’s ‘The Jeffersons'”) and Drama Series exceptional (“Succession” from HBO in 2020). Besides his recent Oscar nomination for Netflix’s ‘Don’t Look Up’, this is one of four possible names McKay may receive this year – HBO’s ‘Succession’ (drama series), ‘Winning Time: The Rise of the Lakers Dynasty” (drama series and direction of the episode “The Swan”) and “The Invisible Pilot” (documentary series).

The current Emmy predictions for Outstanding TV Movie are below. The full ranking can be found at Variety The rewards circuit prediction pages are updated every Thursday.