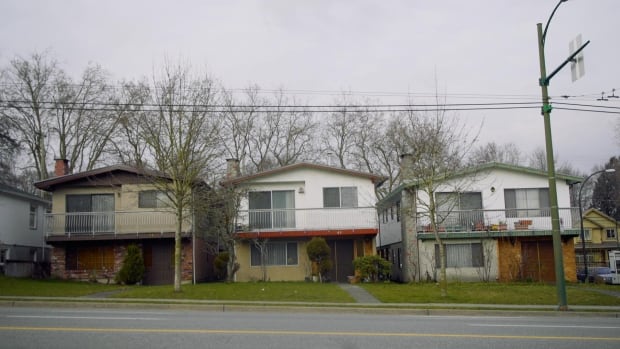 This story is part of Uytae Lee’s story Stories from here, an original series with the CBC Creator Network. You can watch all episodes of this series on CBC Gem.

In the 1960s, Vancouver experienced an immigration boom. Housing in the city was running out and people needed houses, fast.

To meet this demand, a specific housing design became so popular that thousands of them were built over the following years.

And I think we can learn something from this design as we try to find solutions to the housing crisis in British Columbia – and in cities across Canada – today.

How to hide a first floor

Larry Cudney, a local draftsman, created a plan for a house that would eventually be known as the Vancouver Special.

Its main characteristic is a low-pitched roof which, compared to steeper roofs, required less material and was therefore cheaper to build.

But the Vancouver Special wasn’t just cheap: its first floor also exploited a loophole, allowing it to be taller than other houses.

In the 1960s, if you wanted to build a house, there were limits to how much square footage the first floor could take up.

But basements were not included in this calculation, and Cudney took advantage of this by building his first floor 18 inches below grade – just enough for it to qualify as a “basement”.

This allowed people to build larger houses, with the so-called basement becoming a whole new housing unit and allowing two separate families to live under one roof.

So the Vancouver Special was perfect for many aspiring homeowners: immigrants could house their extended family on the other floor, and working-class residents could rent that floor and use the proceeds to pay their mortgage.

As more and more Vancouver Specials were built, it became easier to build them. The materials became standard in the construction industry, and city staff began to recognize the design and approve it for construction more quickly.

The dish of the day?

Today, many cities find themselves with a housing shortage and zoning requirements that make it difficult to build new places to live.

Rezoning a neighborhood to allow for multi-family housing, like apartments or townhouses, typically requires multiple applications, reports, consulting firms, council meetings, public hearings, planning law expertise, tons money and a lot of time – and there is no guarantee that you will succeed.

But what if we had a new Vancouver Special — a type of building that was inexpensive to build, housed more people, and was quickly approved for construction?

There is at least one place where this is already happening: Kelowna.

In 2018, the City of Kelowna held a competition for designs that could accommodate multiple housing units on properties in single-family neighborhoods. Winning designs for a quadplex went through an accelerated approval process, ranging from over a year to just two to three weeks.

Over the past two years, more than 200 of these quadplexes have been built, creating more than 800 new housing units.

However, the Kelowna quadplex is now facing the same challenges as the Vancouver Special.

As the Vancouver Special grew in popularity, so did the backlash. People began to describe its architecture as bland, ugly, and far too mundane.

In 1988, the city officially made their construction illegal.

Unfortunately, Kelowna did the same: As of 2021, quadplex designs were no longer approved for construction because too many people were being built.

Function rather than form

Public opinion seems to be turning, however, under the housing crisis and as nostalgia for the Vancouver Specials grows among those who grew up there.

Today, these houses are considered a valuable part of the city’s history and culture. You can find it on Tee-shirts, postersthe art of cross stitch, craft beersand gingerbread.

What if we cared less about the appearance of new homes? The Vancouver Special was not meant to be the nicest house. It was about being as useful and affordable to people who needed it.

It may be time for a new special.

Read more in Stories About Here: A “special” solution to the housing crisis

Stories from here is an original series with the CBC Creator Network that explores the urban planning challenges facing communities across Canada today. In each episode, we delve into often-overlooked issues in our own backyards — whether it’s the shortage of public toilets, leaking sewers into water, or the bureaucratic roots of the housing crisis. Through it all, we hope to inspire people to become more informed and engaged members of their communities.

You can watch all episodes of this series on CBC Gem.