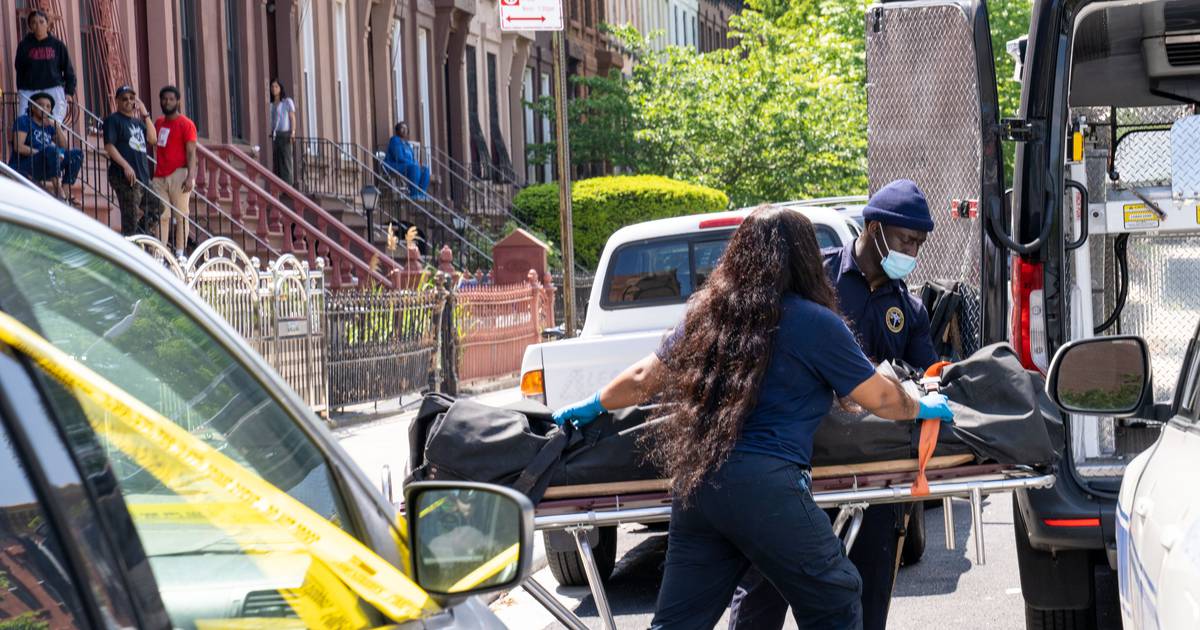 Since joining the state senate in 2019, I’ve used the summer and fall months — when the legislature typically adjourns — to spend time talking with constituents in my Brooklyn ward. , from Brownsville to Crown Heights to East Flatbush and beyond. One of my favorite events is “Senator On Your Block,” a weekly series of pop-up events I host on busy streets, where I just listen to my neighbors and answer their questions. Lately, the biggest problem I’ve been hearing about is crime.

Crime-related anxieties are palpable in my community and across New York. Homicides and shootings may be down year over year, but July saw an increase in almost all forms of violent crime. There’s no denying that crime – and fears about it – are on the rise across the city.

The question for elected leaders is how to respond effectively to what our constituents demand and deserve: safe streets and subways and an efficient and fair criminal justice system. While some leaders in both parties simply (and repeatedly) point out the seriousness of the problem and blame others for not solving it, real leadership means championing policies that work.

For generations, progressives have let conservatives define the terms of the public safety debate. From Nixon-era calls for “law and order” to today’s bad-faith argument that bail reform, despite all the evidence, is to blame for rising bail crime, my party has often been far too willing to cede the conversation to GOP talking points. Other times we just try to change the subject. The NYPD’s recent decision to hold fewer news conferences on crime statistics, announced at the start of an anticipated spike in violence this summer, seems to confirm a willingness to shift the focus elsewhere when politically expedient.

We cannot avoid this conversation. Instead, we should dominate it. We can oppose the Conservative agenda to real solutions that will improve public safety, reduce violent crime and support victims and survivors.

We must start by recognizing that people’s fears are based on real experiences. In the predominantly black and brown district that I represent, there are many opinions about public safety. Every day, I speak with voters who feel both over-policed ​​and under-protected. While crime is far from its peak in the early 90s, this fact lands as cold comfort to an elderly person or a family who just wants to feel safe here and now. To win on this issue, Democrats must recognize that for many, perception is reality.

This year, we responded to a devastating Supreme Court decision weakening New York’s gun laws by enacting new restrictions that will pass constitutional scrutiny. And last year we passed a law holding gun manufacturers and dealers responsible for the criminal misuse of their products, if it can be shown that they engaged in imprudent business practices, such as not keeping proper sales records. Our law, recently upheld by a federal judge, is now used by at least one victim of the April shooting on a subway train in my district.

Curiously, many of the loudest voices in favor of reversing bail reform are silent when it comes to protecting communities from shootings using these types of tools. . The GOP is fighting to defend a multi-billion dollar gun industry, not crime-ridden neighborhoods.

Mayor Adams and his new conservative allies also claim – most recently at last week’s press conference – that “no one is talking about the victims.” This is clearly bullshit. My community knows only too well the impact of violence and crime, and the urgent need for resources that will truly keep us safe. A bill in Albany would cut red tape preventing most crime victims from accessing federal compensation. This funding is already available to help pay for the most immediate needs of victims: replacement of door locks, temporary housing, new clothes. We must ensure that more victims can access this vital compensation. Progressives can address the inequities of our justice system while standing up for our victimized neighbors.

Recent reforms have sought to make our criminal laws fairer; we must also ensure that justice is swift and certain for those who commit crimes. This means ensuring that the courts have sufficient resources to deal with long backlogs, so that defendants do not languish waiting for their case to be tried. This means ensuring that prosecutors cannot rely on false or coerced confessions, which too often result in wrongful convictions. And that means investing resources in innovative partnerships between police and community groups — like the Brownsville Safety Alliance — that have been proven to reduce 911 calls and improve safety in neighborhoods particularly vulnerable to violence.

Every day, I speak with constituents who want the basics: a safe place to live, work and raise their families. We can’t ignore these conversations, and we can’t just fan the flames. Instead, we need to promote smart public policy that will make our communities safer.