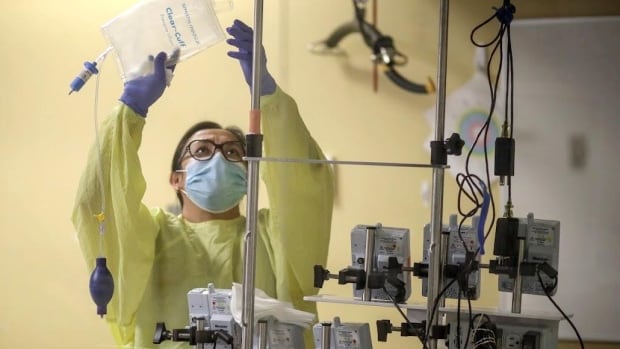 The number of COVID-19 hospitalizations continued to rise in Manitoba last week, says the weekly epidemiological report released on Thursday.

That’s an increase of 36, or 25.5 per cent, over the 141 hospital admissions reported the week before.

On Monday, CBC News published leaked data reported on an internal provincial database. That data said an additional five people died due the coronavirus from April 9 to 11, bringing the total to 1,764.

Laboratory tests confirmed 1,694 new cases of the disease, 335 more than the 1,359 reported the previous week, an increase of 25 per cent.

Those numbers are considered an undercount, however, because of limited access to polymerase chain reaction (PCR) testing, the only type of tests officially recorded by the province. The province does not track positive rapid test results.

The province’s test positivity rate also rose, from 18.6 per cent to 20.7 per cent. Labs completed an average of 1,166 tests per day last week.

There was one new outbreak reported at a long-term care facility last week, compared to seven the week before.