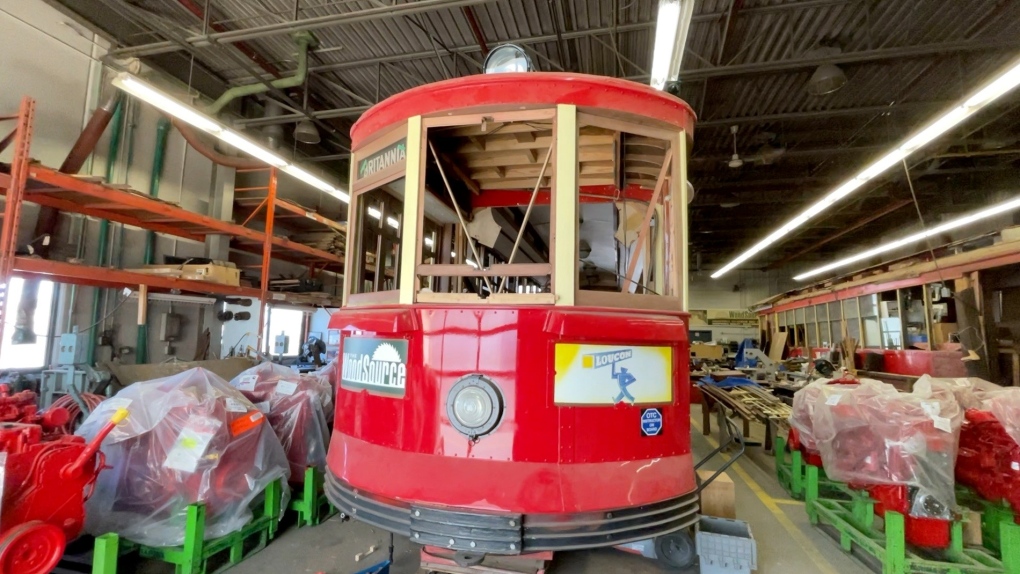 Ottawa’s history with streetcars may soon come to life.

A group of volunteers are restoring streetcar number ‘696’, and you might be able to take a ride there one day.

The tram that carried passengers to work and play in Britannia Park is part of the city’s history.

“It was made in Ottawa,” explains Rhéaume Laplante, who has been working on its restoration since 2003.

Part by part it’s closer to hitting the rails again and it’s being restored in Ottawa,

“Eighty-five to 90% of the parts have been manufactured; everything is new on it, because everything was rotten,” he says.

From the body panels to each piece of wood shaped and shaped to match the original.

The 696 streetcar is locked in an OC Transpo garage on Colonade Road. A group of volunteers restores the tramway. (Peter Szperling/CTV News Ottawa)

As Ottawa looks to the future with light rail transit.

The city has a history of electric rail vehicles, including the 696 streetcar which operated from 1917 to 1959.

“These were the last streetcars in Ottawa that were in service,” says Laplante.

A group of volunteers began the restoration in 2000. Laplante says it’s about 80 to 85 percent complete, with about 125,000 hours of work. He estimates it will take another three to five years to complete.

He hopes that one day the streetcar will run through Lansdowne Park to transport visitors.

“Absolutely, the plan would be to run it here at Lansdowne Park,” Councilor Jean Cloutier told CTV News Ottawa. “One of the elements of Lansdowne Park is to connect the canal to the center of the park, and the tram could be something that could be used for that.”

Restoration took a break at the onset of COVID-19, but Laplante hopes to soon be able to return to an OC Transpo garage, where the tram is stored.