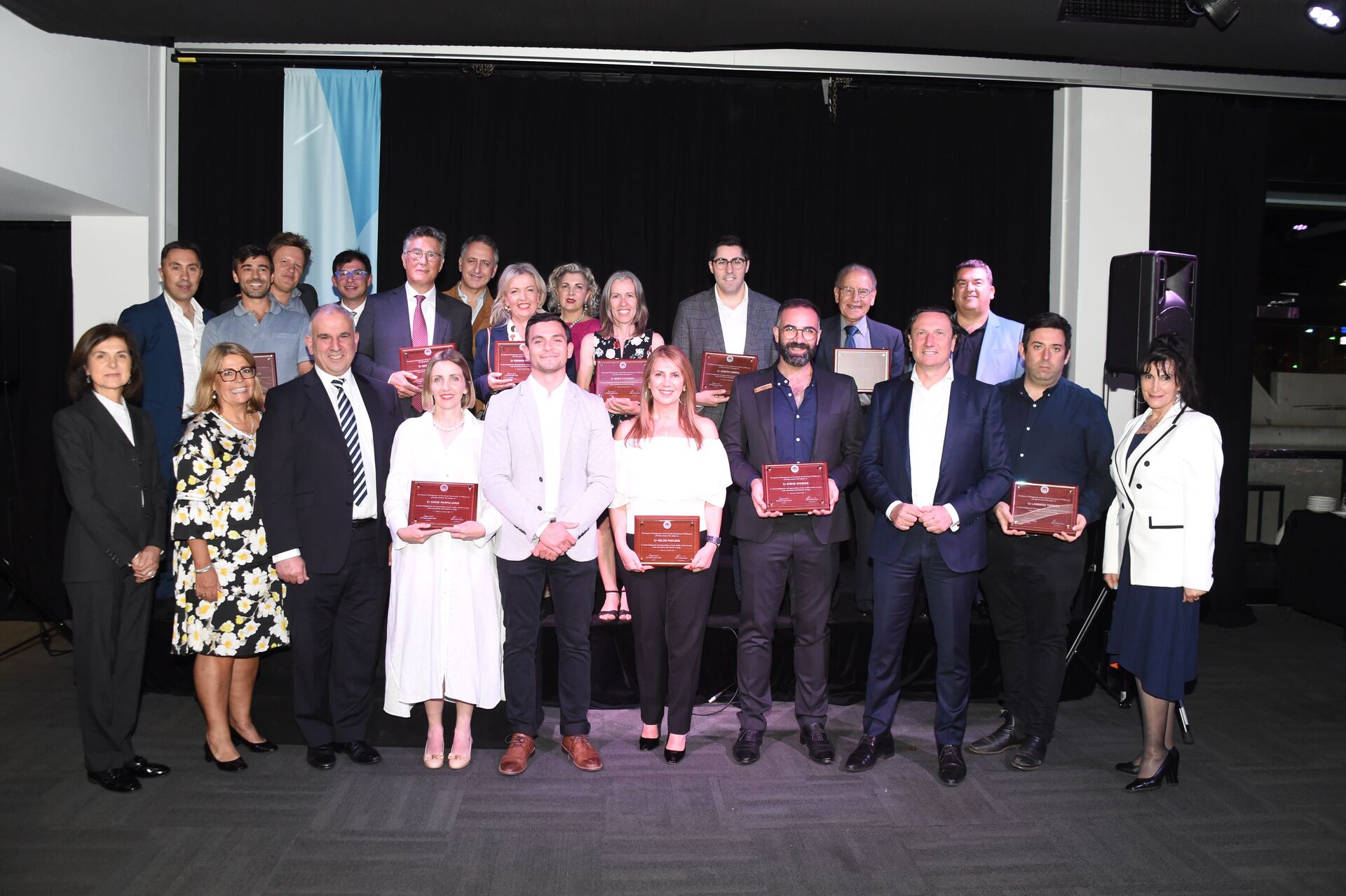 The Greek Community of Melbourne (GCM) honored councilors and mayors of Hellenic heritage for their contribution to public life, in a special event held at the Greek Center in the presence of the GCM Board of Directors.

During the event, MC and former minister and mayor Mr John Pandazopoulos and the President of GCM Mr Bill Papastergiadis OAM welcomed the councilors and congratulated them for their important work. All councilors and mayors were called on the stage to receive a special plaque presented to them by members of the GCM’s Board of Directors.

“On behalf of the Greek Community of Melbourne, I would like to welcome you all here tonight. It is a pleasure to have you all here,” Mr. Pandazopoulos said while welcoming everyone.

“We are all proud of your efforts. It is very important that there are people of Greek heritage, with Greek names, in public life. This is really a good thing for multiculturalism.”

He then congratulated the President of the GCM Mr. Papastergiadis and the Board of Directors for organizing the event who in turn stated that “we are honored to have with us today all the Greek councilors and mayors from the Melbourne area and Victoria in general.”

“From my perspective and I think of the perspective of the entire Board, it is important to bring together the strong elements we have within our community, so that we can work cohesively and cooperatively in terms of what the big pictures are, that we need to encounter, work on and hopefully will bring results. You all are incredibly important parts of our community,” he added.

What we want to do as a GCM is to make sure that the general Greek community knows about you and have a face to the name of the people that they represent them. We are proud of the work you are doing, we want to cooperate in the future and to help you in any way we can,” Mr Papastergiadis continued.

The Councilors and Mayors who were honored by the GCM are: