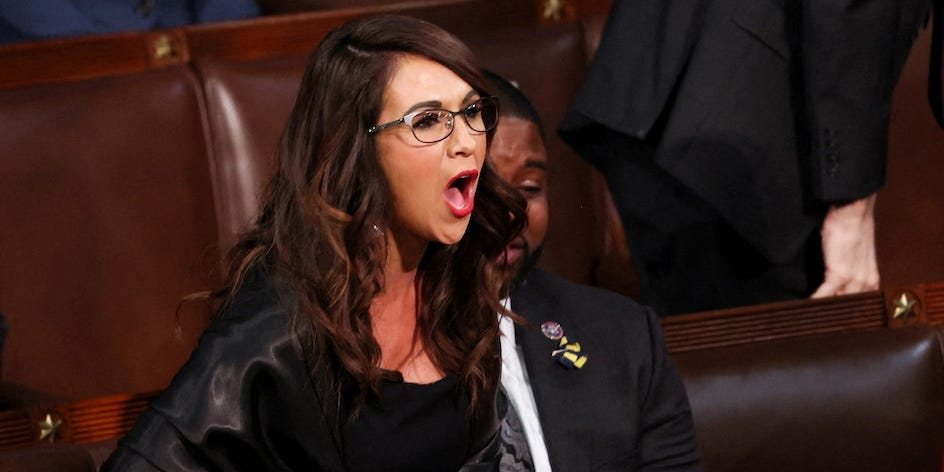 Republican lawmakers have introduced a bill in recent weeks aimed at thwarting the Department of Homeland Security’s attempt to make air travel easier for transgender travelers.

The bill, which was introduced by Colorado Republican Rep. Lauren Boebert, is titled “Securing Americans from Transportation Insanity Act.” The bill was first introduced on April 21, about three weeks after the Department of Homeland Security announced its “Transgender Visibility Day” plans to revamp airport security checkpoints.

According to DHS Secretary Alejandro Mayorkas, the department’s proposed changes are “part of a whole-of-government effort to promote equity and inclusion in all of our programs and processes.”

New DHS plans include rolling out a gender-neutral scanning system, working with airlines to better serve people with an “X” gender marker, and less invasive screenings for people who trigger gender scans. security in a “sensitive area” up to the new scanning system. is implemented. The agency said the new process would not compromise security.

Transgender people and activists frequently cited difficulty getting through airport security. According to a 2015 report by the National Center for Transgender Equality, more than 40% of respondents said they encountered problems or discrimination at airport security checkpoints.

But the measures went too far for Boebert and some of his fellow Republicans. She accused the Biden administration of “inviting terrorists” to take advantage of the security of US airports.

“If you doubt the Biden regime is on a wry crusade to remake America in its own image, then look no further than the TSA’s new trans screening policies,” Boebert said in a statement to Insider. “Reducing pat-downs and ID validation measures for people who identify as transgender might validate delusional leftists, but it does nothing for passenger safety. In fact, they are practically inviting terrorists to take advantage of our security systems weak and awake. The TSA literally has a job – and this isn’t it.”

The bill is co-sponsored by Reps. Bishop, Good, Norman, Gaetz, Mast, Gohmert, Donalds, Jackson, Miller, Duncan and Cline and was referred to the Homeland Security Committee on April 21.