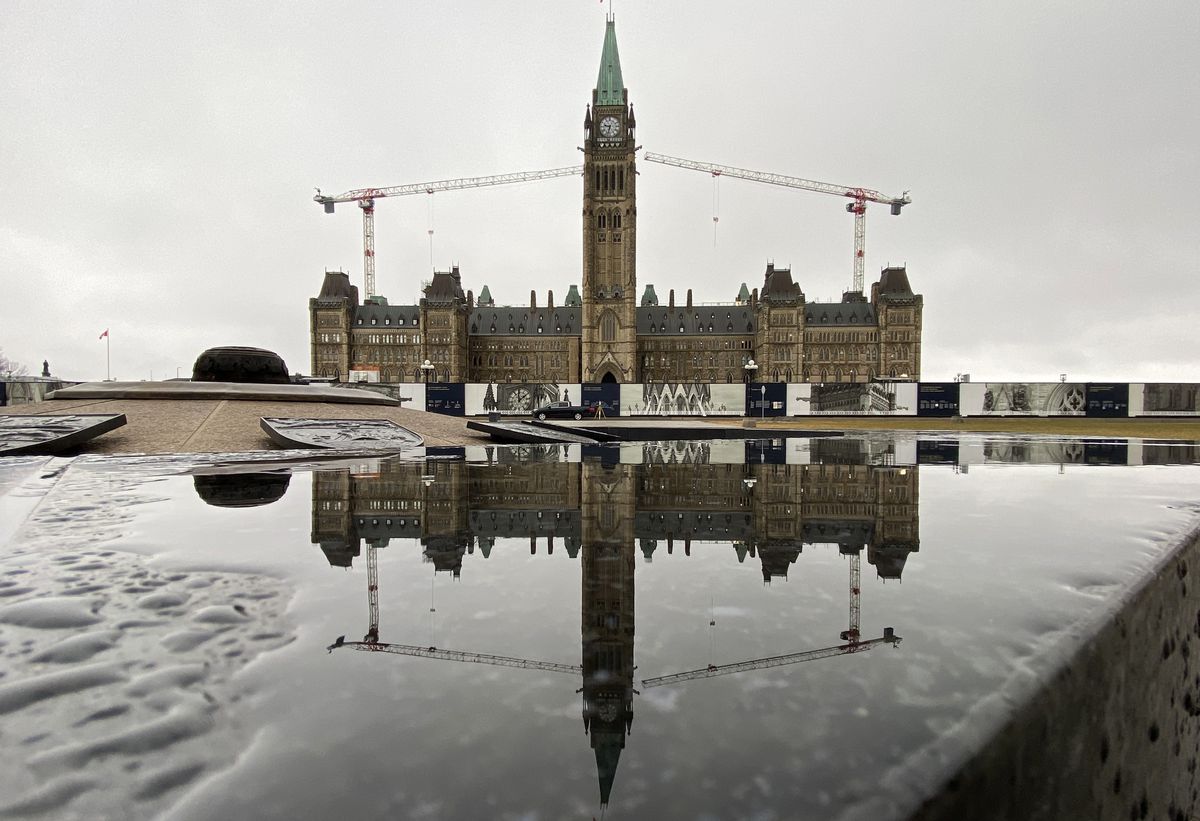 If you’re reading this on the web or someone forwarded this e-mail newsletter to you, you can sign up for Globe Climate and all Globe newsletters here.

Good afternoon, and welcome to Globe Climate, a newsletter about climate change, environment and resources in Canada.

There are myriad ways to build a wardrobe that prioritizes sustainability as much as style. For the 2022 edition of The Globe and Mail’s annual Canada’s Best Dressed List, standout garmentos highlight the sartorial potential of an eco-friendlier closet. Check out the outfits and the stand-out visual presentation to go along with it.

Now, let’s catch you up on other news.

Ryan MacDonald is the editor for climate, environment and resources at the Globe. For this week’s deeper dive, he talks about what to expect in terms of climate in the upcoming federal budget.

We here at Globe Climate love a good budget. And the federal government’s Emissions Reduction Plan unveiled last week was something of a mini budget of its own, with the Liberals vowing to spend an additional $9.1-billion to achieve Canada’s goals to cut emissions by 40 per cent to 45 per cent below 2005 levels by 2030.

While that plan came in at a hefty 270-pages, there are still many key details related to climate that will need to be explained in the budget itself. Here’s what to watch for:

Carbon capture: For oil sands producers and heavy industry in Canada, there is nothing more important than the details of the federal Liberal government’s investment tax credit for carbon-capture projects. For critics, it’s another subsidy for the fossil fuel industry. Let’s see if the government can get the balance right –because Canada needs to use every tool in its emissions-reduction toolbox if it’s to meet its goal of net zero by 2050. Most observers say the tax credit will need to cover at least half of construction costs for these projects, which require massive scale to be effective, to get off the ground. The Globe’s energy reporter Emma Graney breaks down the projects under way and under consideration.

Transportation: Getting Canadians into zero-emissions vehicles (ZEVs) is a huge priority for Ottawa. The government has an ambitious plan. Now the details must be worked out:

There will also be measures to support the green economy. One thing is clear: The first budget for a post-pandemic economy is coming at a crucial time. The world is running out of time to meet the challenge posed by a warming planet. Today, the latest IPCC report is urging the world to stop procrastinating and to embrace solutions.

What else you missed

Editorial board: The Liberals have a new plan to fight climate change. It might even work

From Jeffrey Jones: A new global accounting body, which has a major office in Montreal, has taken its first steps to establish formal reporting standards for corporate sustainability in efforts to improve transparency and discourage greenwashing.

Each week The Globe will profile a Canadian making a difference. This week we’re highlighting the work of Justin Nanninga doing sustainable farming.

Hi I’m Justin Nanninga. I farm two hours northwest of Edmonton. I’m a zone 5 director with Alberta Canola, also Alberta’s representative to the Canola Council of Canada. I’m chair for Gateway Research Organization, an applied research association. Five of the last six years have had above normal rainfall; this past year was very hot and dry.

After years of being in crop insurance claims and not being profitable it was time to do something different. I started a local grower group, which has now grown to 12 producers. We decided to cut back on fertilizer and replace it by introducing plants with our cash crop that would make the tied up fertilizer available. This gets the soil beneficial to start working and cycling to produce organic fertilizer.

In view of climate stability, farming will need to adapt, lowering emissions from equipment or fertilizers, while increasing the amount of carbon capture. Regenerative agriculture is a broad topic, and every farm will have a different answer. We will continue to be a no-till farm. We will reduce our dependence on fertilizer and chemicals. This is our first step in a journey toward becoming a more risk tolerant farm. Our farm will grow a better, healthier product for the consumer, and provide the next generation with an opportunity to farm better as well.

Do you know an engaged individual? Someone who represents the real engines pursuing change in the country? Email us at GlobeClimate@globeandmail.com to tell us about them.

Photo of the week

Catch up on Globe Climate

We want to hear from you. Email us: GlobeClimate@globeandmail.com. Do you know someone who needs this newsletter? Send them to our Newsletters page.