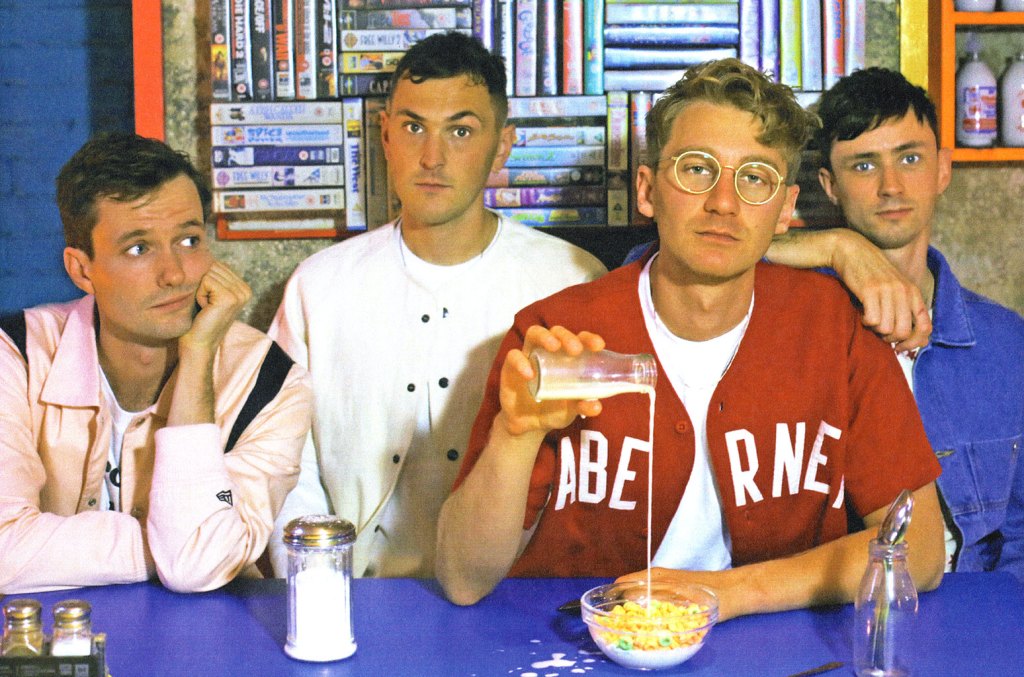 The Hot 100 blends all-genre US streaming (official audio and official video), radio airplay and sales data. All charts (dated April 9, 2022) will update on Billboard.com tomorrow (April 5). For all chart news, you can follow @billboard and @billboardcharts on both Twitter and Instagram.

“Heat Waves,” released on Wolf Tone/Polydor/Republic Records, drew 65.1 million radio airplay audience impressions and 14.8 million US streams (down 2% in each metric) and sold 2,800 downloads (down 3%) in the March 25-31 tracking week, according to Luminate, formerly MRC Data.

The single, the first Hot 100 entry for the British quartet, adds a fourth week at No. 1 on the Radio Songs chart; keeps at its No. 3 high on Streaming Songs; and drops 20-24 on Digital Song Sales, where it reached No. 13.

Solo-written No. 1s for 10 weeks: Notably, songs each authored by a single writer have topped the Hot 100 for 10 consecutive weeks. Glass Animals frontman Dave Bayley wrote “Heat Waves,” which succeeded the five-week Encanto Set No. 1 “We Don’t Talk About Bruno,” written by Lin-Manuel Miranda. (See more on the latter anthem below.)

Bayley, Miranda, Richie & Lennon: Meanwhile, “Heat Waves” and “We Don’t Talk About Bruno” mark the first set of solo-written songs to top the Hot 100 consecutively for at least five weeks each in over 41 years. The pair is the first since Kenny Rogers’ “Lady,” written by Lionel Richie, ruled for six weeks and John Lennon’s self-written “(Just Like) Starting Over” (a posthumous No. 1 for the legend) led for five frames in November 1980-January 1981.

Bests by British groups: Plus, with its fifth week atop the Hot 100, “Heat Waves” becomes one of only nine No. 1s by British groups to reign for at least that long in the chart’s archives (with five involving Paul McCartney, via The Beatles or Wings) . The song boasts the longest command by a British group since UB40’s “Can’t Help Falling in Love,” which led for seven weeks in 1993.

(The Bee Gees were born on the Isle of Man and moved to the UK proper, Australia and back to the UK; The Police and Wings featured British frontmen and British and American members.)

Among all British acts (duo/groups and soloists), Mark Ronson’s “Uptown Funk!” (featuring American Bruno Mars) and Elton John’s “Candle in the Wind 1997″/”Something About the Way You Look Tonight” share the longest Hot 100 domination: 14 weeks each, in 2015 and 1997-98, respectively.

“Big Energy” bounds following the March 25 release of Latto’s second LP, 777, and the March 28 arrival of the song’s remix with Mariah Carey and featuring DJ Khaled. (Carey and DJ Khaled are not listed on “Big Energy” on the Hot 100, as the remix did not account for the majority of the song’s overall consumption during the tracking week.) Carey sings a portion of her 1995 eight-week No. 1 “Fantasy” in the remix; both songs interpolate Tom Tom Club’s classic “Genius of Love,” which hit No. 31 on the Hot 100 in April 1982.

“I fell in love with the beat,” Latto told Billboard in November of reimagining “Genius of Love” as “Big Energy.” “It’s so catchy. I knew it would bring a new audience and fanbase to my career.”

“We Don’t Talk About Bruno,” from Encanto, descends 6-8 on the Hot 100 after, as noted above, five weeks at No. 1, the longest reign ever for a song from a Disney film. The track, by Carolina Gaitán, Mauro Castillo, Adassa, Rhenzy Feliz, Diane Guerrero, Stephanie Beatriz and the Encanto Cast, all singing as the characters that they voice in the movie, tops Streaming Songs for a 13th week (18.6 million, down 4%), tying for the sixth-longest rule since the chart began in January 2013.

Again, for all chart news, you can follow @billboard and @billboardcharts on both Twitter and Instagram and all charts (dated April 9), including the Hot 100 in its entirety, will refresh on Billboard.com tomorrow (April 5).

Luminate, the independent data provider to the Billboard charts, completes an exhaustive and thorough review of all data submissions used in compiling weekly chart rankings. Luminate reviews and authenticates data, removing any suspicious or unverifiable activity using established criteria before final chart calculations are made and published. In partnership with Billboarddata deemed suspicious and unverifiable is disqualified prior to final calculations.