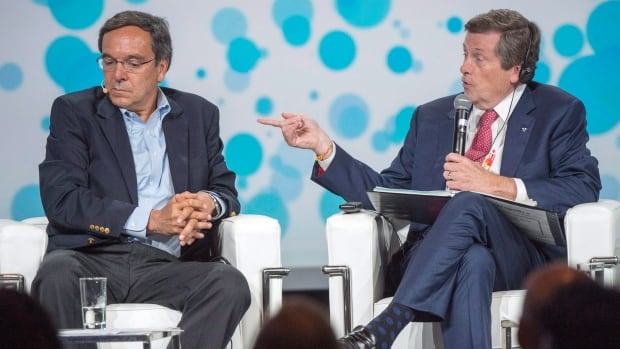 Gil Penalosa, a well-known urban planner, announced Thursday that he will run for mayor in Toronto’s October election.

Penalosa is the founder of 8 80 Cities, a non-profit organization that aims to make cities great for 8 and 80 year olds. He frequently comments on road safety issues in the city.

“I want a city for everyone,” Penalosa tweeted, promising to travel the city to listen to residents’ concerns.

Penalosa said he would officially launch his campaign on Monday.

I decided to run for mayor of Toronto.
I want a city for EVERYONE.
I will be registering today at City Hall at 10:30 a.m. and kicking off Monday morning. We can/must have an affordable, equitable and sustainable Toronto for ALL.
I will walk the city, listening, because together we can do it. pic.twitter.com/3GFpHm3Akp

Mayor John Tory, who was easily re-elected in 2018 with 63% of the vote, is seeking a third term as mayor of Toronto. Tory’s closest rival Jennifer Keesmaat – backed by Penalosa – won just under 24% of the vote.

Ten other candidates have registered with the city to run against Tory and Penalosa, including Sarah Climenhaga who ran in 2018. You can find the full list here.

Potential candidates have until August 19 to stand for election.

The vote is scheduled for October 24.